The proposed deal would see TSX Venture listed Partabuy MThirty for aprice ranging between $1.875 million and $7.5 million depending on MThirty revenues generated during the 12 month period after theacquisition closes. Each M Thirty stakeholder would receive Partashares worth $0.25 for each of their common M Thirty shares.

The deal requires due diligence and regulatory approvals before it canbe finalized. 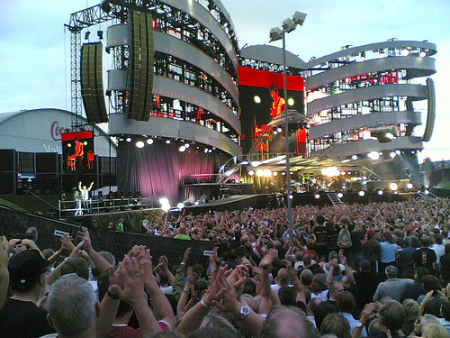 M Thirty created a social mediacampaign for the Rolling Stones (above) to promote their 2005 album A Bigger Bang.

Parta already has branch offices in Paris and Mexico City. It countsRenault, Michelin, Nestle and Hydro-Quebec among the roster of highprofile international clients for its social media campaign and socialmetrics offerings. Parta’s eValue Social Media ROI product measures andcompares the effectiveness of various corporate brands on Facebook,Twitter and Youtube.

If its deal to buy M Thirty goes through, Parta will gain a foothold inCanada’s biggest digital media market, Toronto.

M Thirty (which uses “M THRTY” as its brand name) was founded in 2003by Simon Davies and Ed King. Its clients have included music labelsSony, EMI, Warner and Universal as well as Rogers Wireless, CingularWireless, Coors, and Procter & Gamble. It has created socialmedia campaigns for legendary rock band the Rolling Stones, Energizerbatteries, Discovery Channel Canada and the movie Transformers 2: Revenge of theFallen.