Study to probe how Canada’s emergency responders use technology

They’re the first people we call in an emergency. But how is technology changing the way Canada’s first responders answer our calls for help?

Although many Canadians can now communicate via mobile devices anywhereany time, for example, the same on-demand communications capabilitiesaren’t necessarily being used by emergency personnel – at least whilethey’re on the job, that is. 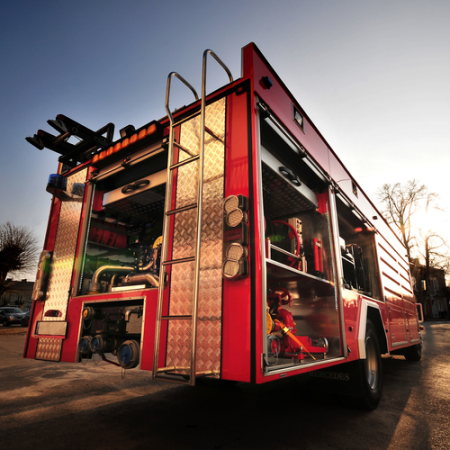 A new study will look at howCanada’s emergency responders use technology. (Photo: Shutterstock)

“Citizens hold high expectations that immediate conversations can takeplace and real-time information in a crisis can be relayed to themusing an array of communication devices and platforms,” said KevinWennekes, CATA’s vice-president of research in a news release on thestudy. “(Canadians) might be surprised to learn that in some parts ofCanada, fire, police and EMS personnel in the same city cannot speak toone another on the scene unless they swap radios first.”

The study has already identified over 100 different technologies usedby Canada’s first responders in the line of duty. One issue to beexplored in the study is how the bring-your-own-device (BYOD) trend isaffecting both the expectations of citizens calling for emergency helpand the ability of EMS personnel to respond to those calls.

“Now almost every member of the (EMS) force own smartphones and/ortablets for personal use and many of them are bringing them to work anddeploying them in the field,” Wennekes said. “Yet how does one track orrecord this from a chain of evidence or procedural point of view? Ifthe smartphone is needed for evidence, what are the ramifications onthe otherwise non-related personal information stored in the device?”

The study will also look at generational differences in the way olderEMS workers adopt to mobile technology compared with youngercolleagues, the procurement process emergency forces use to buytechnology, and the development of a new national broadband networkdevoted exclusive to publicsafety needs and services.

Christine Wonghttp://www.itbusiness.ca
Christine Wong has been an on-air reporter for a national daily show on Rogers TV and at High Tech TV, a weekly news magazine on CTV's Ottawa affiliate. She was also an associate producer at Report On Business Television (now called BNN) and CBC's The Hour With George Stroumboulopoulos. As an associate producer at Slice TV, she helped launch two national daily talk shows, The Mom Show and Three Takes. Recently, she was a Staff Writer at ITBusiness.ca and is now a freelance contributor.
Previous articleRelive Grow 2012 presentations via Slideshare decks
Next articleAcer releases TravelMate P243 notebook in Canada