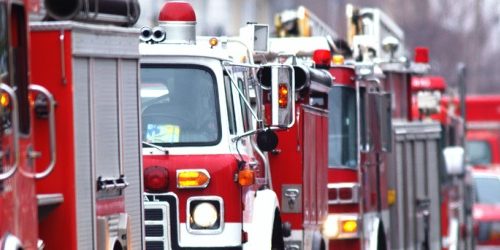 Powered by Telus’ 4G and 5G mobile networks, the new network will enhance communication between police, firefighters, and others with video, geographic information, geo-fencing, remote database access, and more.

MCPTX was developed to address the inefficiencies in today’s emergency communication systems. As Samsung explained in a whitepaper, today’s emergency services still predominantly communicate over Land Mobile Radio (LMR) networks that provide basic priority voice services. For today’s emergencies, LMR alone is no longer sufficient; emergency workers need much more data to perform their duties. But to access richer media like images and video, first responders often must use over-the-top services running on commercial networks that have lower reliability or quality. A dedicated MCPTX service with priority access solves this problem.

Samsung and Telus’ MCPTX network allows first responders to communicate in real-time with each other and with other public safety agencies. Additionally, during a catastrophic event when cellphone usage skyrockets, the network’s quality of service features can prioritize critical communications.

Telus’ MCPTX service will be offered with priority access to commercial users on Telus’ network. The service is actively being trialed with a select group of customers, with wider commercial availability planned for later in 2022.

Samsung has deployed MCPTX systems in the U.S. and Korea in partnership with major local telecommunication providers. The company demonstrated the first MCPTX video call on AWS in April 2020.

Tom Li
Telecommunication and consumer hardware are Tom's main beats at IT Business. He loves to talk about Canada's network infrastructure, semiconductor products, and of course, anything hot and new in the consumer technology space. You'll also occasionally see his name appended to articles on cloud, security, and SaaS-related news. If you're ever up for a lengthy discussion about the nuances of each of the above sectors or have an upcoming product that people will love, feel free to drop him a line at tli@itwc.ca.
Previous articleMastercard funds training programs for women and POC at the Rogers Cybersecure Catalyst
Next articleHashtag Trending March 4 – Amazon closes physical stores; TikTok investigation; EU’s case against China