Canadian small and medium sized business (SMB) owners are too busy and cash-strapped keeping the ship afloat to dive into social media as a business tool, according to a new survey by ITBusiness.ca and Dell Canada.

The top reason cited by 34 per cent of respondents was lack of time and resources, a conundrum Omar Kamal can certainly relate to.

“Implementing our social media strategy has been our biggest challenge due to obvious limitations of resources,” said Kamal, a partner at Zenporium Ltd., a Toronto firm that sells furniture and home accessories made of materials reclaimed from sources like railway ties and old fishing boats.

Kamal used the word “obvious” because Zenporium is only a year old. Right now, Kamal and his business partner wife, Serene Gebara, manage Zenporium’s Facebook and Twitter presence themselves, a tall order in a business that’s still finding its feet from an operational and marketing standpoint. Kamal figures it’s better to wait until his firm has more money to spend on designing and implementing a social media strategy instead of jumping in too quickly without the proper resources to manage it well in the long term.

“One mistake made in front of a large (online) audience can wipe you out,” he said Wednesday after taking part in a Toronto panel on SMB innovation hosted by Intuit Canada and George Brown College. 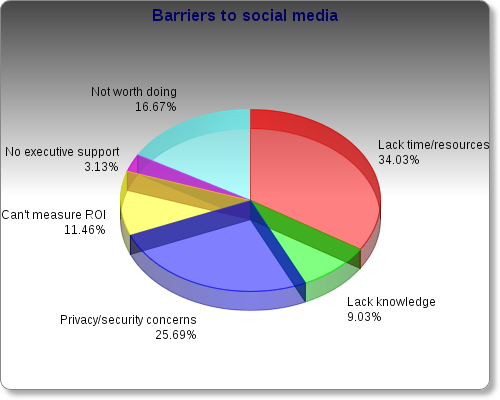 Many SMBs face challenges in getting started with social media.

Down the road, Kamal is leaning towards farming out Zenporium’s social media presence to an outside company or contractor rather than taking on new staff to manage his business’s online presence.

But Toronto jewelry company Foxy Originals opted for the latter route, promoting an intern who “was really good with social media” to be in charge of the firm’s social media management once she became a full-time staffer. The company, whose wares have been worn by celebrities Paris Hilton and Miley Cyrus, opted for an internal social media manager over fears an outside contractor wouldn’t have the same attitude and personal touch that the 13-year-old firm has worked hard to build with customers.

“We’ve talked to a couple of companies about being our (social media) voice, but we need to talk to our customers (ourselves),” said Foxy Originals co-owner Jen Ger, also a panelist at the Intuit event.

“A lot of companies put the lowest person on the totem pole in charge (of social media),” she said, instead of someone who’s been with the company long enough to accurately reflect its products and policies to customers online.

The fear of losing a personal connection with customers through outsourcing social media was echoed by fellow panelist Ali McEwen, designer and CEO at the Toronto maternity wear firm Baby On Board Apparel, which counts celebrities Ali Larter and Ellen Pompeo as clients. Though her staff posts content on the firm’s corporate social media accounts, “I will never have someone tweet on my behalf from my personal Twitter account. My business is a part of me. It’s my life. We are one.”

The panelists all agreed that social media can be a powerful tool for growing a business. Google Analytics numbers show that sales at Foxy Originals are driven more by its Facebook presence than by its traditional online newsletter sent out to email subscribers, Ger said.

The potential downside of social media’s real time, massive reach was also acknowledged during the discussion, however. McEwen lamented that keeping up with social media, especially responding quickly to customer comments and queries, simply adds even more work to an entrepreneur’s already demanding day. 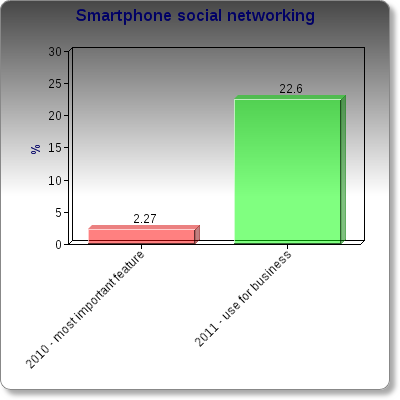 “You can’t tweet when you’re driving your car. But you have to build those relationships and you’re always being watched,” said McEwen.

For SMBs who find maintaining their social media presence overwhelming and too time consuming, McEwen suggested only allotting certain hours or days of the week to it so they can still focus primarily on running their businesses.

“It’s a blessing and a curse because you need the manpower (to handle social media properly),” Ger said. “You have to have a response. If there’s something negative (posted online) there’s a ripple effect and you have to mitigate that quickly.”

Still, the benefits of social media outweigh the risks, Ger said, noting that her company originally used it to push out a marketing message of “here’s why you should buy our products.” Now it uses social media to ask its customers “tell us what products you want us to provide,” she said.

“Technology has really enabled us to provide a much more interactive conversation with (customers),” said Ger.

After lack of time and resources, SMBs surveyed listed privacy or security concerns (25.7 per cent) as their second biggest reason for not using social media in their business, followed in third place by 16.6 per cent who say they figure it’s just not worth investing in.

Although SMBs surveyed still appear reluctant to fully embrace social media as a business tool, there are signs they are warming up to it. About 22 per cent said they use social networking features on their smartphone, a big leap from the two per cent in last year’s survey who listed social networking as the most important feature on their smartphone.

Christine Wonghttp://www.itbusiness.ca
Christine Wong has been an on-air reporter for a national daily show on Rogers TV and at High Tech TV, a weekly news magazine on CTV's Ottawa affiliate. She was also an associate producer at Report On Business Television (now called BNN) and CBC's The Hour With George Stroumboulopoulos. As an associate producer at Slice TV, she helped launch two national daily talk shows, The Mom Show and Three Takes. Recently, she was a Staff Writer at ITBusiness.ca and is now a freelance contributor.
Previous articleExpress IT: Readers turn up creative ways to use tablets
Next articleSkype flaw allows BitTorrent users to be identified