Symantec Corp. is launching a new product targeted at small businesses with 20 employees or less, offering to secure PCs, tablets, and smartphones alike with its cloud-based behaviour analysis engine, it announced today.

The new service will cover small teams that use multiple devices (yes, Macs too) to do business and protect against viruses with a 100 per cent money-back guarantee if an infection can’t be removed. Instead of being installed on a device, the service is managed from a web dashboard.

Canadian consumers and small businesses are taking some serious risks in failing to guard their smartphones and their data, according to a new study from Symantec Corp. Releasing its 2013 Norton Report yesterday,

The subscription service is managed from the dashboard, where an administrator can add new devices, remove them if an employee has left the company (of their device left the company), and see information about their subscription. New employee onboarding is done by sending an email invitation. It’s easy to filter devices by type and see if they have protection deployed or not. 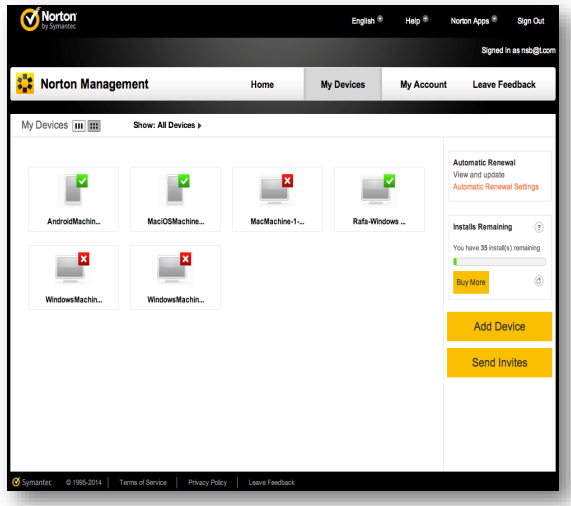 Users can deploy security products onto devices too, and turn on automatic renewal and subscriptions.