Housing nearly three million apps and seeing more than one billion monthly active users in 2017 alone, Google Play Store has grown to dominate smartphones globally. But ever since the U.S. banned Huawei from the country, China’s largest phone manufacturer had to find an alternative.

To compete against Google’s dominance is no easy feat, which is why Huawei has dedicated $US 3 billion and 3,000 engineers to develop its own app store, called AppGallery, for markets outside of China. With the Mate 30 Pro hitting Canadian shelves in May and the new P40 Pro launching soon, AppGallery will be a major determiner in their success.

Huawei can’t legally tell you how to get Google Play Services into the Mate 30 Pro, but rest assured that there are plenty of workarounds available, with some doable in as little as 10 minutes. You can also sideload apps by directly installing their packages. But the purpose here is to evaluate whether AppGallery’s merits as a Google Play Store alternative, so we’ll save that topic for another time.

Despite Huawei’s tremendous investment in AppGallery, spending a week with the Mate 30 Pro as my daily driver revealed some notable shortcomings.

Although I was fully expecting a few drawbacks before starting this test, I was still unprepared for the sheer number of compromises I had to make. In short, finding alternatives to my daily apps was challenging, if not impossible.

Even before launching AppGallery, my Mate 30 Pro gave me a warning that its default browser wasn’t available in my region. I chalked it up to the phone not being available in Canada yet and downloaded the Opera browser instead, the only browser that was even remotely familiar to me.

With Google’s G Suite absent, I needed to access Google Hangout, my primary tool for communicating with my team, through the desktop site. The experience was far from ideal with tiny fonts and squished windows.

Thankfully, Microsoft Office was able to sneak by the ban with a temporary exemption so options in productivity weren’t completely barren. But even then, you won’t find popular apps like Microsoft Outlook, Skype, or Bing Maps.

The rest, however, was more problematic to replace. I had to set up shortcuts for my social apps–Facebook, Twitter, Slack, Instagram, and so on–through the browser. More than painstaking, there is a myriad of issues with this approach. For starters, some mobile websites look far less polished than their app counterpart, and others constantly nag you to install their app version, which is impossible for this device. You also won’t receive update notifications. Moreover, you must remember to uncheck sign-in data before clearing your browser history lest you want to sign in to every app all over again.

Navigation was surprisingly easy despite the absence of first and third-party map apps. While Google Map’s mobile site lacked turn by turn directions, it worked well enough to get me from point A to B. Uber and Lyft have ride request web pages independent of their apps as well. Also, expect Huawei’s own navigation app soon as it signed a deal with TomTom to create a Google Maps alternative in January. Because it’s only been two months, it didn’t make it in time for the Canadian Mate 30 Pro launch.

I reckon that backup will be difficult to plan, especially for users who are already entrenched in Google’s ecosystem. With Huawei and Google both offering their own cloud storage, backing up to both fragments your data. If you’re already using Google Drive and Google Photos, copying your data from them to the Huawei Cloud can be a lengthy, tedious process for a simple phone switch.

And that does not mention the lack of payment systems like Samsung Pay and Google Pay, no music streaming services like Spotify, voice assistants, and apps for smart home devices interoperability.

It’s important to note that during my hands-on, the Canadian version of AppGallery was still in early preview, which means that Huawei may not have the data needed to properly rank the apps. These issues may be resolved in the final version. Still, given how Huawei boasts that AppGallery has more than 26 million active users and gains 5,000 new apps per week, its polish fell below my expectations.

Like the Google Play Store, AppGallery has a few ranking systems in place for its most popular sections. Unfortunately, they don’t seem to work as most apps in the “most popular” category barely breaks 1,000 downloads. Opera was a prime example; despite being one of the most popular apps I’ve found, it doesn’t even rank as the top search result when I searched for Browser. This could circle back to the earlier conversation about not having enough data.

Above: Nor WeChat or Opera was ranked as the most popular apps on AppGallery’s home page. Instead, it showcased Penguin Wallpaper.

More than anything, AppGallery needs the apps so many Canadians rely on for their daily functions. This needs no explaining; with the ongoing U.S. ban, Huawei will have a difficult time acquiring partnerships with U.S. tech companies to pull these apps into AppGallery. Try as it will, AppGallery has its hands tied behind its back.

To address the pressing question: no, AppGallery can’t replace Google–at least not in its current state.

Much of the resistance to making the switch stemmed from my reliance on Google’s Play Store for both work and personal life. I draft copies in Google Docs, stamp schedules in Google Calendar, organize ideas on Trello and communicate over Hangouts. None of that was possible on the Mate 30 Pro. Additionally, I didn’t want to copy my entire cloud backup over to Huawei’s cloud, especially considering that my other devices have already synced up to them. 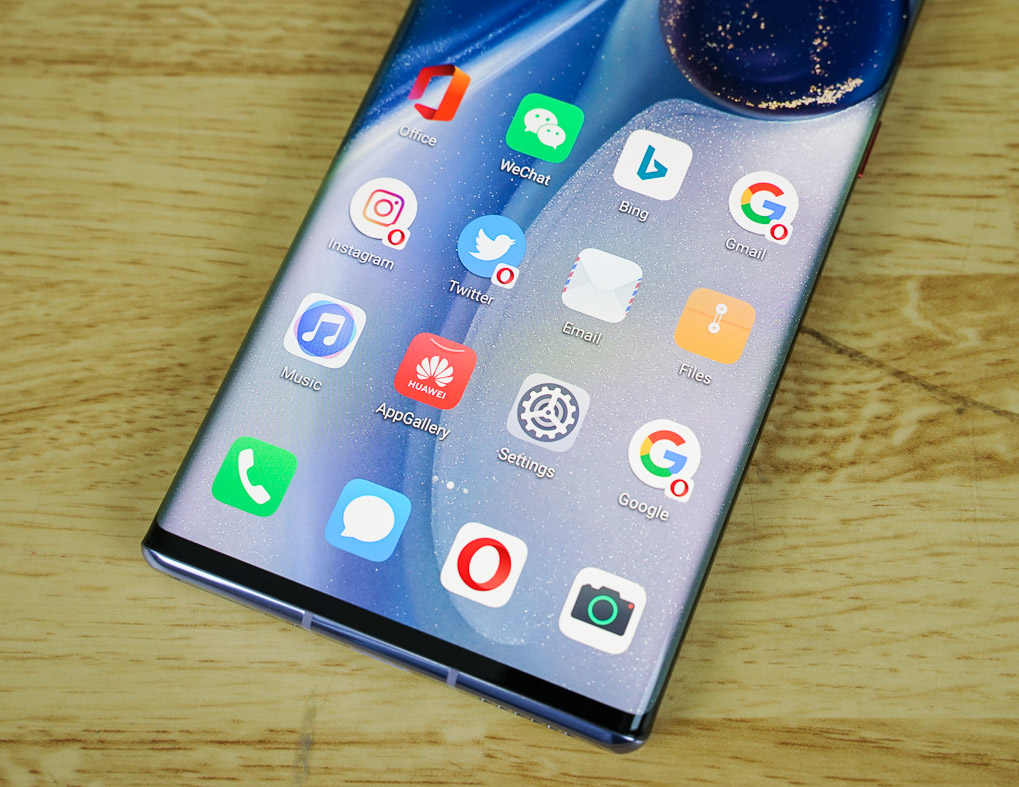 And that’s a shame, because other than being crippled by its app store, the Mate 30 Pro is a superb device with a beautiful waterfall display, amazing cameras, a massive battery, and blazing performance. With its launch day inching closer, I wait with bated breath to see how the Canadian market would react to its arrival. As a side effect, it also showed how much of what I do is tied with apps sourced from a single location.