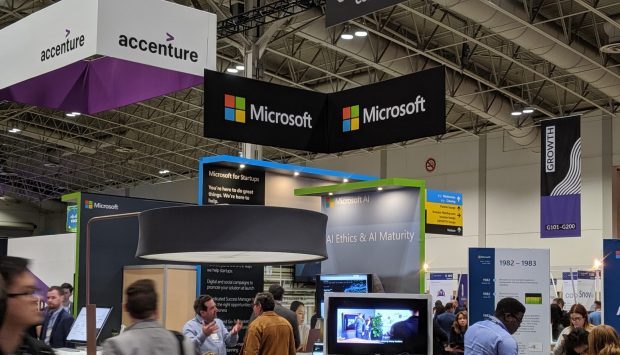 Microsoft Corp. is furthering its efforts to combat environmental issues in partnership with the Leonard DiCaprio Foundation, as it announced a $500,000 USD investment to allow for additional grants to be issued through its AI For Earth program.

AI For Earth, which was created by Microsoft and has since become a big part of the Leonardo DiCaprio Foundation’s efforts, funds grants to companies using AI and machine learning to tackle environmental issues, with a focus on solving issues related to climate change, biodiversity conservation, agriculture, and water.

Lucas Joppa, Microsoft’s chief environmental officer, who stepped into that newly-created role last August, says that the melding of the technological skills like those that Microsoft brings to the table as well as the expertise that the Leonardo DiCaprio Foundation has when it comes to environmental issues is exactly what is needed to bring change to this space. By pooling their expertise to seek out the difference makers in the world who need the funding to bring those solutions into the world, he says he believes true progress can be achieved.

“The tech sector employs a vast majority of the world’s most advanced technology skills. And if we’re not putting those people into place to help solve the problems that we’re facing from an environmental perspective, we’re not doing a service that we would like to,” Joppa explains. “How do we embed the resources that we’re trying to employ as deeply into these communities as we can? To do that we need to work with partners that understand that space, much better than we do. And so we want our resources to be where they’re going to ask. And that’s what we’re doing.

The focus of these grants really boils down to three key pillars: accessibility to funds, education, and co-innovation. And Joppa said that these pillars can be addressed through the grants, as well as through providing grantees access to the significant resources and knowledge that both of the organizations bring to the table.

“Budget should never be a barrier to people who are trying to take a technology-first approach to solving environmental challenges. It’s pretty obvious if you take a look around the world that the world’s environmental organizations are oftentimes some of the least resourced organizations in the world,” said Joppa. “And we just want to make sure that the technology revolution that we’re helping drive is available to them. And the same way that it’s available to enterprise customers. So we make grants available to people all over the world.”

The program already has over 380 grantees across more than 66 countries, and besides the United States, where both organizations are based out of, Canada has more grantees than any other country in the world.

Buckley Smithhttps://www.itbusiness.ca
Staff writer for IT World Canada. Covering the world of technology as it applies to business. Buckley is an avid sports fan who loves travel, food, and music. Can be contacted at bsmith@itwc.ca or 416-290-2000.
Previous articleNobody talks about WiFi 6, but they should, says Martello CEO
Next articleHashtag Trending – A brewing tech cold war, Facebook takes on fake accounts, Comcast eyes healthcare