Is Facebook the only route to success for social media startups?

But is riding on Facebook’s coattails the only way Canadian socialmedia startups stand a chance at finding their own success?

The easiest way to launch a new social media site these days is to developa Web-based API (applicationprogramming interface) using Facebook’sexisting platform. That means users of the new site must sign up for itusing their own Facebook account and can usuallycross-post content onboth sites at the same time. 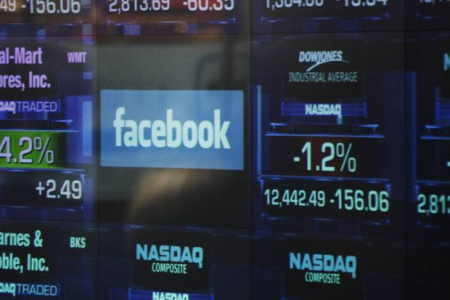 Facebook, which just did its IPO,is a ready-made way for Canadian social media startups to build theirplatforms. But what are the pros and cons of riding on Facebook’scoattails?

Or, you can go it alone and buildout a completely separate social media site from scratch with noFacebook connection whatsoever.

With Facebook’s reach andinfluence getting bigger all the time (900 million users andcounting),we take a look at two Canadian social media startups and the verydifferent roads they’re taking. Toronto-based SocialLockerroom hasbuilt its site based on the Facebook platform, while WizeNationofKitchener, Ont. chose to go it alone. Here they tell us the thinkingbehind their choices and some of the pros and cons involved along theway.

The major shortcoming of Facebook hit Asim Siddiqui whenhe first moved from Mississauga to Kitchener three years ago to work atResearch In Motion Ltd., where he’s now a business analyst.

“Ihad a couple of hundred Facebook friends but I didn’t know anybody fromKitchener. So what are these sites good for if you can’t connect withthe people around you?” Siddiqui says.

It sparked his idea tocreate a social media site to help people connect better within theirlocal community, even their specific neighbourhood. Using his ownsavings plus a bank loan, Siddiqui launched WizeNation online in lateFebruary. The location-based site streams content for each user that’sgenerated from within a 15 km radius of their postal code, which usersinput when they sign up for WizeNation online. Users can share updatesand local events with people in their area, post items to buy or sell,and ask for help with anything from painting their house to fixingtheir car. Area businesses can also promote their products and servicesto local consumers.

“I’m trying to create a different sitewhere people can create relationships with people in their localcommunity. It’s not just about buying and selling. You have to get toknow them. And there are (local)  market-based sites but theydon’t cater to local businesses,” Siddiqui says.

Since WizeNation is a stand-alone sitewith no direct Facebook affiliation, Siddiqui had to build its onlineplatform from scratch with help from Kitchener firm Mad HatterTechnology Inc. – and he now faces the challenge of building awarenessof it in a social media landscape that’s only getting more competitive.

So why didn’t he just hop on the Facebook gravy train for aready-made social media platform and an existing potential user basethat’s headed towards a billion people?

“(Facebook) has itsown niche. Facebook people go there just for entertainment. I don’t seepeople using Facebook to sell. Even though they have a market placearea on there I don’t see anyone using it,” Siddiqui says.

Siddiquiis working hard to get the site covered by local and national mediaoutlets to raise its profile. He set up a promotional table at therecent Canada 3.0 digital media conference in nearby Stratford, Ont.and also plans to have a booth at an upcoming festival in Guelph. Hisbiggest marketing push will likely be at local college and universitycampuses this fall since he sees students as one of WizeNation’sstrongest potential user bases.

“I’m going to go city by city and that’s how word is going to spread around,” Siddiqui says.

It’sa grassroots approach to building a community of users from the groundup for WizeNation, which Siddiqui says will likely take on ads and paidpositioning (where businesses can pay to have their posting at or nearthe top of a content stream) to monetize itself once it surpasses thethreshold of 20,000 users. A mobile app could be released once 5,000 to10,000 users have signed up, he added.

Hisuncle is Porter Airlines CEO Robert Deluce.His sister is CP24 TorontoTV anchor Lindsey Deluce. So he’s seen firsthand some of theingredients it takes to build a business and create traction in themedia.

By basing their sports-themed site Social Lockerroom on theFacebook platform, Deluce and co-founder Greg Peacock gave it a bit ofa head start on both fronts: launching the site itself and connectingit with a brand (Facebook) that has instant awareness and media cache. 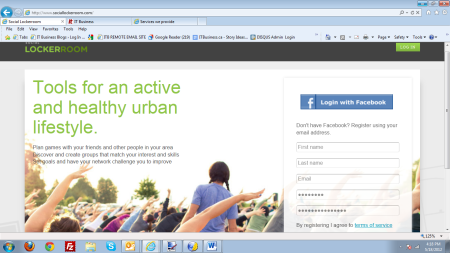 “It’sa recognizable model. It sounds like the majority of people arecomfortable navigating (Facebook) so we didn’t want to recreate thewheel,” said Deluce, a director at the site, which went live inmid-February.
“This is a very good vertical niche within a veryproven model,” added Deluce, a Bay Streeter who’s still managingdirector at Delcor Capital and used to work at RBC Dominion Securities.

Social Lockerroom is a social media site where users can setand share fitness goals, find workoutpartners, trainers or leagues intheir area, and track and share their sports and exercise calendar ofactivities with others. There are similar sites in the U.K likeTribesports.com, and aToronto site called Huddlers is somewhat similar. But Social Lockerroomis designed to be “non-intimidating” and less competition-focused,Deluce says, and its calendar scheduling feature is something “wehaven’t found elsewhere.”

Tapping into Facebook’s open API platform was startup friendly because it’s free. And it made business sense because Social Lockerroom targets people aged 18 to 30,which is Facebook’s core demographic base.It also made thetime-to-market shorter.

Facebook is faster to market
“We didn’t want to mess around andstay in beta for too long. Especially on the social media side, a lotis driven by the user. So we put the basic model in place, then we’llbe adding different components onto the skeleton depending on where themarket and users want to take us.”

Another upside of theFacebook connection is that the platform is a flexible one which SocialLockerrroom can modify fairly easily in the future, including adaptingit to go mobile, Deluce says.

Any downside to the Facebookside-door? The API gives Social Lockerroom users the ability toautomatically cross-post on both sites, but Deluce’s company knowsprivacy is a huge concern for manyFacebook users. So Social Lockerroomusers can opt out of that feature if they choose to.

SocialLockerroom is built on Facebook for now — but that might not be thecase forever. Deluce and Peacock are open to other platform options astheir site, which now has about 600 users, keeps growing.

“Itwas a good model to start with,” Deluce says. “Because we want to growwith our user, we think they’re already comfortable (with Facebook).We’re starting with a Facebook model but we don’t really know whatwe’re gonna end up (with).”

Christine Wonghttp://www.itbusiness.ca
Christine Wong has been an on-air reporter for a national daily show on Rogers TV and at High Tech TV, a weekly news magazine on CTV's Ottawa affiliate. She was also an associate producer at Report On Business Television (now called BNN) and CBC's The Hour With George Stroumboulopoulos. As an associate producer at Slice TV, she helped launch two national daily talk shows, The Mom Show and Three Takes. Recently, she was a Staff Writer at ITBusiness.ca and is now a freelance contributor.
Previous article
Why Windows 8 offers better security for startups
Next article
Apple TV won’t be a big moneymaker, analyst predicts