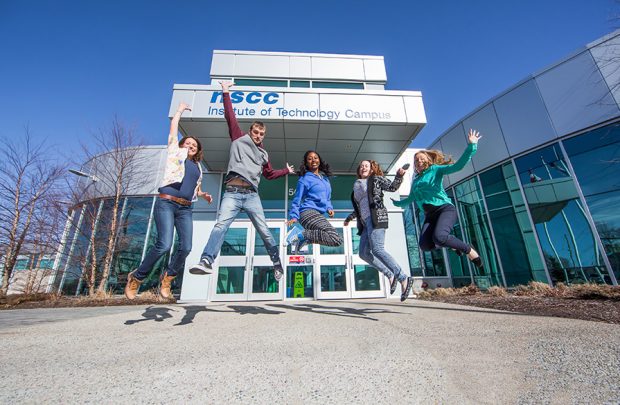 IBM Canada has partnered with Nova Scotia to advance the province’s technology sector; announcing the launch of a Technology Advantage Program pilot through Nova Scotia Community College (NSCC), which will allow enrolled students to receive a tuition-free two-year technology diploma.

The pilot, modelled after IBM’s Pathways in Technology Early College High School (P-TECH), will be a six-year program, running through grades nine to 12, and concluding in two years at NSCC.

The P-TECH model, which was created in 2011 and will be used in over 200 schools and 14 countries by the end of 2019, is designed to create a clear and direct path from high school to college and from college to a career in tech.

According to results from programs already established in the U.S., the program has not only increased the graduation rate, but also increased employment in entry-level positions in competitive fields and continued education in the tech sector.

The initial class, which is set to begin this September, will be made up of approximately 80 students; all coming from one of the junior high schools that feed into Cole Harbour District High School, J.L. Isley High School, and Yarmouth Consolidated Memorial High School.

“Creating opportunities for young people to see a future for themselves in Nova Scotia is an important priority for government,” said Premier of Nova Scotia Stephen McNeil in the press release. “This new and unique program will help address future labour market needs in our province’s growing technology sector.”

Enrollment in this program will allow students to have access to a variety of workplace experiences, including mentorship opportunities and co-operative education placements.

“As business, government and education leaders, we all have a role to play to prepare our students for the new technology-driven opportunities of the future,” said Ayman Antoun, president, IBM Canada in the press release. “The skills gap is mounting as new technologies transform industries and jobs. The IBM P-TECH education model is all about preparing the next generation of our workforce and providing new pathways for young people to be successful.”

Buckley Smithhttps://www.itbusiness.ca
Staff writer for IT World Canada. Covering the world of technology as it applies to business. Buckley is an avid sports fan who loves travel, food, and music. Can be contacted at bsmith@itwc.ca or 416-290-2000.
Previous articleApple announces new iPad Air and iPad mini
Next articleHashtag Trending – Joyce Murray is Minister of Digital Government; ‘Delete Facebook’ says WhatsApp cofounder; automation will take more women’s jobs