LAS VEGAS — When Paramount Pictures came to Hewlett Packard Enterprise (HPE) seeking a technology consultant on what the future might look like in Star Trek Beyond, the enterprise IT vendor recognized it had an out-of-this-world marketing opportunity on their hands.

Several technologies envisioned by HPE will be featured in Star Trek Beyond, each being born out of HPE’s The Machine, a research project that’s in development and will be debuted later this year with  a prototype release. In addition to helping create gadgets set 250 years in the future, HPE was also able to produce a commercial co-branded with Star Trek Beyond.

HPE’s target customers tend to be big Star Trek fans, says Marissa Freeman, vice-president of global brand and advertising at HPE. “Most marketers don’t find a perfect opportunity like this one, where what you have to talk about is exactly what the movie is about – which is the future of technology.”

Here’s a look at the three gadgets HPE helped create and will be featured in the movie: 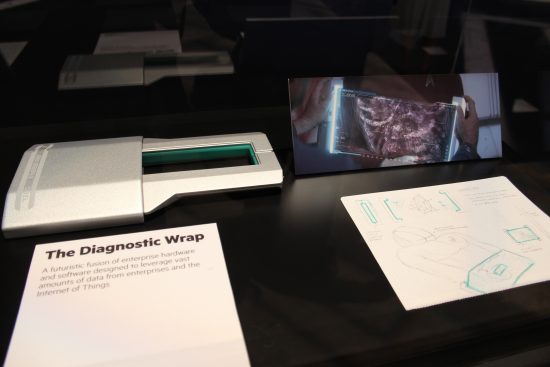 To be used by doctors in the field, the diagnostic wrap is an advanced augmented reality device. “It analyzes the inside of the creature that it’s wrapped around and the data populates on the screen in real time, which is the future of mesh computing,” Freeman says. 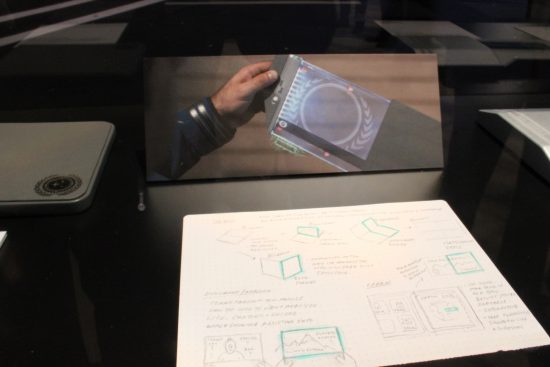 The book is a sort of super-tablet, providing the crew a way to get information about anything in real time, no matter where they are. “It’s the information of all the galaxies right in your hand,” Freeman says. 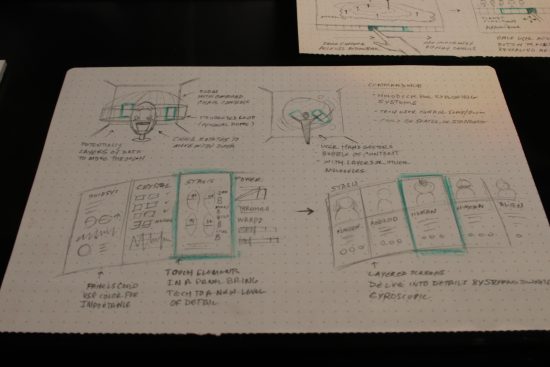 The Quarantine puts on display the datacentre of the future, fusing hardware and software into one elegant design. It is used in the ship’s Sick Bay, providing a complete biological scan of an alien that sits in the middle of the array. A beam of light shines on the alien, simultaneously scanning it and displaying information about it.

“We thought the element would spin around the person,” Freeman says. “The movie makers made it their own and took the light itself and made it a screen.”

Each of the pieces of technology have a subtle integration of HPE’s logo. The green rectangle element is “like our Nike Swoosh,” she says, signaling HPE’s influence on the movie. “It’s a bit of an easter egg, a hint in the movie about Hewlett Packard Enterprise.”

Paramount proved great partners, Freeman says, and provided props from the film for a booth display at HPE’s Discover conference. It also allowed for use of Star Trek uniforms for HPE’s new commercial promoting “The Machine.”

Called Acclerating Beyond, the commercial is set in the Star Trek Beyond universe and will include both 30-second and 60-second ads.

When Star Trek Beyond has its premiere later this summer, HPE will be in full force on the red carpet as well.

HPE’s commercial will begin airing on TV networks July 1. Star Trek Beyond is set for release in theaters July 22.

Brian Jacksonhttp://www.itbusiness.ca
Editorial director of IT World Canada. Covering technology as it applies to business users. Multiple COPA award winner and now judge. Paddles a canoe as much as possible.
Previous articleProject FANchise hopes to crowdfund its way into the homes of fantasy football fans everywhere
Next articleTreat disasters as opportunities, tech-savvy crisis management expert says

HPE begins 2018 with a strong start

Meg Whitman stepping down as CEO will not affect HPE Canada, division...