The premium tablet and an update to last year’s ElitePad 900 release is the HP ElitePad 1000. It looks very similar to the previous ElitePad model, with a 10.1-inch screen with a 16:10 aspect ratio and an aluminum chassis. Its upgrades come under that chassis, with an upgraded Intel Atom quad-core processor, an improved graphics chip, and cellular connectivity with a LTE chip from Qualcomm. 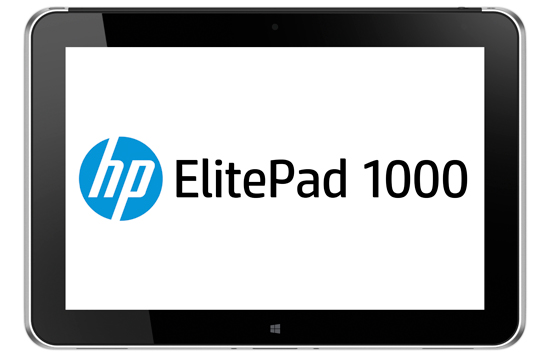 There’s a new multitouch panel display, made of Corning Gorilla Glass 3, that’s more viewable outdoors and supports a higher resolution. The ElitePad 1000 comes loaded with a 64-bit version of Windows 8.1.

The HP ProPad 600 introduces a new line of tablets for SMB customers. Similar to the EliteBook and ProBook lines of HP laptops, the ProPad will offer a lot of the same functionality as the ElitePad at a lower price point. It still has an Intel Atom quad-core processor, the same 10.1-inch display running at 1920×1080 resolution, and offers up to 64 GB of internal storage plus a microSD card slot for external storage expansion. 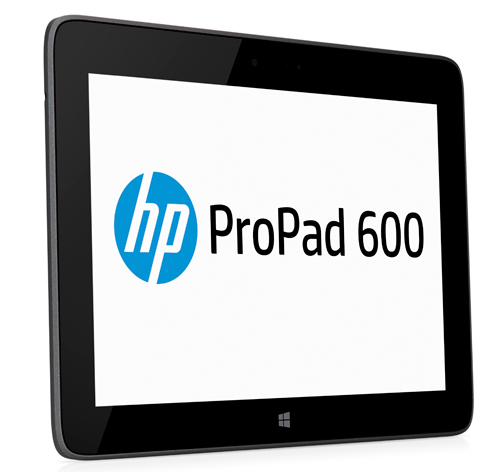 What’s not included in the ProPad is the aluminum chassis that allows the ElitePad to be serviced by an IT department with the right gear. Nor is the LTE connectivity available, or any of the expansion jackets that make the ElitePad 1000 more flexible.

HP offers three different jackets – cases that clasp on to the tablet to give it extra capabilities and protection:

HP decided to stick with Windows 8.1 for its commercial line of tablets and finds the latest generation of Intel Atom processors support it well, says Derek Everett, director of worldwide product management for commercial Windows tablets at HP.

HP didn’t consider using Windows RT on either of the new tablets, he says. “We just find that Windows RT has a few more limitations.”

Brian Jacksonhttp://www.itbusiness.ca
Editorial director of IT World Canada. Covering technology as it applies to business users. Multiple COPA award winner and now judge. Paddles a canoe as much as possible.
Previous articleA look ahead at next week’s RSA conference
Next articleSeal Software adds analytics feature to contract discovery