On paper, Shahrzad Rafati seems to have all the odds stacked against her.

She’s female. She’s only 32. And she had to adapt to a whole newculture after immigrating to Canada from Iran at age 14 back in 1994. Yet in just fiveshort years, she’s built her small Vancouver startup into a globalpowerhouse of distribution, aggregation and monetization tools foronlinevideo content.

The company is called BroadbandTV. While the names onits client andpartner roster – YouTube, Universal Entertainment, Sony Pictures,Warner Bros. Pictures, the NBA – are massive corporate behemoths,BroadbandTV is still tiny. It has just 36 employees at its Vancouveroffice. 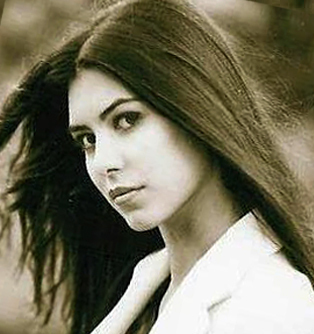 “We’re not planning on moving our headquarters anywhere else,” CEORafatisays adamantly, a testament to her staunch belief that Canadianstartups can not only survive here in Canada, but thrive. Andbecomecategory killers.

BroadbandTV is quickly becoming a category killer when it comes toonline video. Many companies (even those as huge as the ones listedabove) turn to BroadbandTV as an all-in one solution for online videocontent. When a client creates video content, BroadbandTV can publishand distribute it online, give it a strong SEO presence, spot instanceswhen it’s illegally shared, uploaded or distributed, and monetize itthrough promotional trailers, banners or overlay ads that pop up beforeor as the videos are viewed online. (BroadbandTV generatesmoney for itself through revenue sharing, including taking a percentageof revenue from each trailer, banner or overlay ad.)

Solving a growing dilemma
Founded in 2007, BroadbandTV tuned into the soaring popularity ofonline video early in the game. Then it built theaforementioned solutions to a problem that was growing almost as fastas the number of videos being posted online every minute: how do youprotect the copyright of your video content in today’s wild westYouTube world? Beyond that, how can you make money off of it once ithits the Web?

By offering up a solution to such a thorny corporate dilemma,BroadbandTV has become a big deal.

“We’re the largest online broadcaster in Canada and the sixth largestin the world,” Rafati says. “We reach more than 500 million monthlyimpressions and millions and millions of subscribers.”

“We started offering it to the biggest publishers because we wanted itto be the best product. It’s very important for startups to not bescared and challenge themselves and go after the bigger clients.”

It’s a no holds barred attitude that helped land Rafati on the cover of Canadian Business last year and on Fast Company’s 2011 list of the 100 most creative people in business. It has also helped make BroadbandTV an alluring takeover target for bigger fish. Though Rafati says there have been offers to buy her private company, she’s planning to keep it going as is. The whole subject is a bit of a touchy topic in Vancouver’s tech startup circles since a string of local upstarts like Zite, MetroLyrics and Summify have been acquired by U.S. giants CNN, CBS and Twitter respectively. Although Rafati wasn’t born in Canada, she sounds passionate about trying to build, grow and keep technology companies here.

“We want to build a great company and innovate and get people doingwhat they love, creating jobs and promoting entrepreneurship. It’s notlike ‘Let’s build a great technology and then just exit,’” she says,adding that she means no disrespect to Canadian startups that choosethe acquisition route.

Rafati mentions HootSuite as one of the Vancouver startups stillsuccessfully taking the online world by storm from above the 49thparallel. Yet she also knows BroadbandTV faces growing competition fromabroad in the online video niche. She names Culver City, Calif. firmMaker Studios (which scouts for talented performers and turns them intoYouTube sensations) and Machinima Inc. (an online video content portalfor gamers based in Los Angeles) as two of her company’s main rivals.

Although Broadband TV proudly wears its deals with Warner Bros. andSony Pictures on its sleeve, Rafati emphasizes that her firm’stechnology makes it possible for anyone to distribute, protect andmonetize their online video content.

“One of our core values is (based) on educating video creators andempowering them into becoming entrepreneurs. Anyone that can createcontent and is passionate about it can become a BroadbandTV partner andwe can help them grow and become successful,” Rafati says.

It’s a core part of the shift in media and entertainment content from acostly, complex commodity only produced by huge corporations to(increasingly these days) a 30-second fan trailer shot and uploaded bysomeone with their phone. While that shift has empowered the averageperson by allowing them to instantly create and consume video and musicclips on their smartphone, it has also turned the traditional media andentertainment industries upside down.

In Rafati’s view, is TV as we traditionally knew it dead?

“It’s definitely evolving,” she says. “Broadcasters need to adapt. Morethan 116 million people are browsing the mobile Web and downloadingmobile content. The future for (broadcasters) is to adapt to all thesemobile technologies and devices.”

BroadbandTV is just one of the companies vying to help thosebroadcasters adapt. And it’s doing it from Vancouver.

Christine Wonghttp://www.itbusiness.ca
Christine Wong has been an on-air reporter for a national daily show on Rogers TV and at High Tech TV, a weekly news magazine on CTV's Ottawa affiliate. She was also an associate producer at Report On Business Television (now called BNN) and CBC's The Hour With George Stroumboulopoulos. As an associate producer at Slice TV, she helped launch two national daily talk shows, The Mom Show and Three Takes. Recently, she was a Staff Writer at ITBusiness.ca and is now a freelance contributor.
Previous articleScribbleLive bringing mass media and social media together
Next articleMobilicity to sell phones at Loblaw’s locations