How Canada’s SMB cloud providers are changing the global landscape

Although the financial value of the Rypple acquisition deal wasn’tdisclosed, it proved that small and medium sized cloud serviceproviders are emerging out of Canada to grab attention – and takeoveroffers – from bigger (and often foreign) cloud computing players. 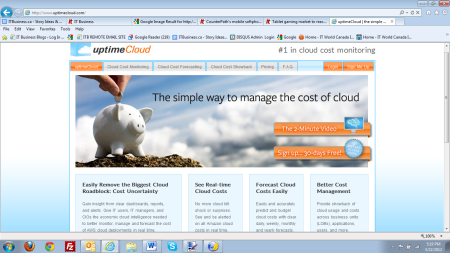 Rypple, which specializes in cloud-based human capital management(HCM), isn’t the only Canadian cloud firm to be snapped up by a largerfish: IBM bought Platform Computing of Markham, Ont. last fall;Ottawa’s Cryptocard was acquired by Baltimore-based SafeNet Inc. a fewweeks ago, and Wolf Medical Systems Corp. of Surrey, B.C. got picked upby the health solutions unit of telecom giant Telus in February.(Dollar figures weren’t disclosed for any of these deals.)

But is acquisition the only eventual fate of Canada’s SMB-sized cloudcompanies? Or are some determined to stick it out as independents andgrow into giant slayers? How have these firms positioned themselves intoday’s cloud services market? And now that the first wave of cloudconsolidation has taken place, how do they compete in a landscape that’s finally maturing andbecoming much more cutthroat as a result?

“There’s still a good number of really interesting Canadian SaaS(software-as-a-service) companies. They’re based in Canada but don’tsee themselves as limited to the Canadian market and that’s the beautyof the cloud,” says Nigel Wallis, research director of the applicationssolutions research group at IDC Canada in Toronto.

Here, we shine a light on two of those Canadian SMBs to get the goodson how they’re charting their own competitive course in a global cloudservices pool that just keeps growing and evolving.

“Mosquitoes at a rock concert”
Just how competitive is the cloud landscape these days?

“It’s almost like mosquitos fighting for scraps at a rock concert. It’sso new and there’s no gorilla,” says Alex Bewley, chief technologyofficer at Uptime Software Inc., a Torontofirm with 40 employees.

The company makes software-based solutions that monitor and measure theperformance of enterprise IT systems like servers, applications andservices. Last fall the firm targeted the enterprise cloud market byintroducing a beta version of Uptime Cloud, a SaaS-based tool thatmonitors and measures exactly how businesses use their cloud services –and what it’s costing them. The service, which graduated from betastatus in February, helps companies using cloud services avoid “cloudbill shock,” Bewley says.

“It’s so easy to provision (cloud services) and use them because youcan just slap it on a credit card,” Bewley says. “But it can cost yousignificant amounts. Amazon (Cloud) looks like penniesper hour butwhen you add that up it turns into thousands of dollars,” he says,adding that Uptime’s average cloud optimization client forks out$50,000 to $60,000 a month on cloud services to a provider like Amazon.

Here, highlights from Uptime’s game plan to stand out in the crowdedcloud market place and hold its own against giant rivals like Microsoftand Amazon.

Uptime’s game plan
Add value:Uptime Cloud doesn’t just tell businesses how much time and moneythey’re spending on cloud services, it also adds value by using thatdata to predict their future cloud usage needs and costs goingforward.  “It’s a bit of an evolution from avoiding cloud billshock, to how do you manage what you’re using and spending, to how doyou forecast all that,” Bewley says.

Specialize: AlthoughUptime Cloud can be deployed to monitor and forecast the usage andcosts of cloud services from any provider, Uptime decided very early onto specifically drill down into the workings of Amazon Web Services(AWS, the official name of Amazon’s cloud division)  – way,way down. The solution not only monitors 6,500 different pricing pointswithin AWS, it automatically updates them all the time, as Amazon makesconstant changes to its cloud offerings.

“Either you’re a very broad tool, in which case it’s far more of abroad commodity, or you’re a very niche offering and you solve a veryspecific problem very, very well and that’s essentially what we’redoing,” Bewley explains.

Piggyback:Specializing so heavily in AWS might look like a limiting move, butit’s actually giving a small firm like Uptime some big time advantages,including the ability to piggyback on Amazon’s coattails. “Anybody whoconsumes AWS is a potential prospect for us and (Amazon) is so huge.They have over 100,000 users,” Bewley says, though he quicklyemphasizes that’s his own estimate.

Though Strangeloop introduced an appliance for this site optimizationservice first, it launched a cloud-based version in the spring of 2010.The cloud version targets two markets: first, mid-size e-commerce sitesthat already leverage the cloud of a larger provider; and second, bigcloud providers that want to make their own cloud serviceswork fasterso they can sell it to other customers.

Bixby shares his insights on how Strangeloop is carving out a viableniche in today’s cloud space.

Innovate:“We have a growing patent portfolio that protects our intellectualproperty,” says Bixby. Innovating new cloud technologies also givesStrangeloop a reputation for leading rather than following the pack,and the battle wounds that go along with that. “We have more experience(in cloud optimization) than anyone else in the world and those scarsare something that really sets us apart,” he says.

Be better:The best way to beat the competition is to be better, and when it comesto making Web sites and cloud services run faster, that’s easilyquantifiable. “At the end of the day, we’re just faster than anyoneelse. We’re measured at the end of every day by ‘Are we faster?’ And weare. That’s kind of where the buck stops,” Bixby says.
Larger cloud players want to use Strangeloop’s solution because bymaking their own Web sites and clouds run faster, it helps them competeagainst other big cloud providers. “One of the challenges cloudproviders have is differentiation. Speed is one of those thingsemerging as one of the most attractive cloud characteristics,” Bixbysays. “I’m pretty happy we’re one of the core players in (that).”

Embrace being small:
Strangeloop isn’t feeling super threatened by the behemoths of cloudoptimization, like multi-billion-dollar rivals Akamai TechnologiesInc., Riverbed Technology Inc. andLimelight Networks. Why? Being an SMBmeans you can often act and react a lot more quickly than those giants,Bixby says.

“These big companies are like huge ships that take an incredible amountof time to change and they really don’t value innovation and change. SoI think they’ve shown they can’t bring out new products and they’re notgood at it.”

Spoken like a true SMB, of course. But IDC’s Wallis says there’s sometruth to that assertion. The key to SMB cloud providers like Uptime andStrangeloop surviving, Wallis says, is “simply being responsive tounmet needs in a format the customer wants.”

Being small can be better
“But now you don’t have to be a big huge company to do that,” Walliscontinues. “You can rely on (big firms like) Rackspace or Amazon forall of your infrastructure and Microsoft’s Azure to do the coding. Youdon’t need all the servers and capital expense you used to have.”

The downside of being smaller cloud players, he adds, is that “theyhave fewer channels to market (their services) and that’s one of thereasons they’re likely to be acquired by someone else.”

Which brings us full circle to the acquisitions of Canadian SMB-sizedcloud companies by larger ones. Uptime Software hasn’t received anydance card invitations of that nature yet. (“There’ve been no offersyet. People want to see you make money first,” Bewley says.) Two of itsmain competitors are Israeli firm Cloudyn and Portland, Oregon-basedCloudability, but Bewley says the latter mainly tracks overall cloudspending for its clients with far less detailed metrics than Uptimeuses.

What about Strangeloop? Bixby is coy about whether it has alreadyfielded any takeover offers, a topic he says the firm “won’t discuss.”When asked if Strangeloop sees itself being absorbed throughconsolidation in future, he replies that much of that activity hasalready taken place in his cloud and site optimization niche: Akamaibought Ottawa startup Blaze Software in February,Limelight bought Israeli firm AcceloWeb, and Riverbed bought NewZealand’s Aptimize last summer.

Strangeloop, one of the Canadian SMB survivors of that consolidationwave, intends to stay put and compete on its own terms.

“We want to be one of the bigger players. That consolidation reallyvalidated the (cloud optimization) market and now we’re ready to playthe game,” Bixby says.

Christine Wonghttp://www.itbusiness.ca
Christine Wong has been an on-air reporter for a national daily show on Rogers TV and at High Tech TV, a weekly news magazine on CTV's Ottawa affiliate. She was also an associate producer at Report On Business Television (now called BNN) and CBC's The Hour With George Stroumboulopoulos. As an associate producer at Slice TV, she helped launch two national daily talk shows, The Mom Show and Three Takes. Recently, she was a Staff Writer at ITBusiness.ca and is now a freelance contributor.
Previous article
Acer Iconia Tab A510 launches in Canada
Next article
CounterPath’s mobile softphone for iPad wins UK award