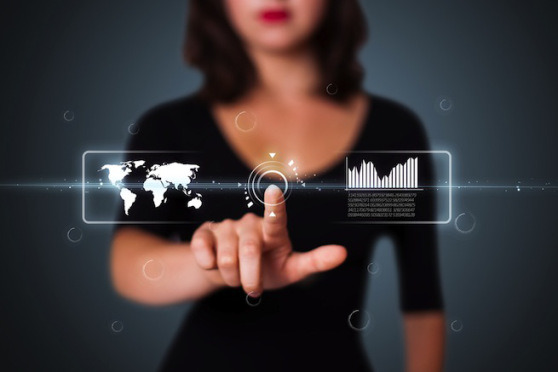 Yes, this is another story about the lack of females, visible minorities and disabled people in Canada’s technology industry.

And before this story had even been written, Chris Eben knew exactly what you’d be thinking when you started reading it: what does some Caucasian executive (a former university football star, to boot) know about the struggles faced by women, minorities and disabled people, not just in IT but in any context?

“Just because I’m a white, middle aged male doesn’t mean I don’t hold those values true,” he says about five minutes into a conversation about bringing more diversity and inclusion to the workplace. “I have three daughters. I have a disabled daughter. I grew up in (Toronto), the most multicultural city in the world. I want all of those things reflected in the company that I’m building.”

That company is TWG, a Toronto firm founded in 2002 and now offering software development, branding and strategy services to clients like Bell Media, Google and RBC. Eben joined the company five years ago and is a managing partner there.

No one showed up at the TWG office wearing a huge sign with the word ‘diversity’ on it one day. But serving a broad customer base in a big city like Toronto did put the issue on the company’s radar screen.

“We build technology for a pretty wide variety of clients across every vertical,” he says. “So we wanted to make sure we were providing diverse and complete perspectives as well. If we’re building technology that is used in some cases by millions of people, we need to bring as many diverse perspectives to that as possible.”

In business terms, TWG hopes having a more diverse staff might help it develop products and services appealing to a more diverse range of users and customers.

“We go out and do user research and testing for the things we develop. But some of that happens inherently through people on our team and the values and assumptions (they bring) to the table right from the beginning,” says Eben.

Seeking guidance, TWG called in TechGirls Canada, an organization focused on bringing more females and other underrepresented groups into the IT industry through education, training and recruitment. TechGirls and TWG launched a pilot project to create a diversity strategy for TWG and also develop a how-to guide for other Canadian tech firms.

The first step was for TWG to take stock of its own diversity. Eben recalls “looking at the leadership and management team and seeing almost entirely white males,” in addition to realizing there was “not a single female engineer” on the staff of 45 people.

That was back in April 2015. Today TWG has doubled its total staff to about 90 employees. Women now make up 30 per cent of all TWG staff, doubling the 15 per cent female ratio prior to the pilot project. Of the 25 new female hires since April 2015, 17 of them (68 per cent) are in technical roles like design, development and quality assurance.

TWG has focused on gender diversity for the first phase of the pilot project, with a goal of boosting minority and disabled staff over the longer term. Looking back on the past 18 months, Eben admits it hasn’t been an easy journey.

“We selected a subset of recommendations to focus on and we all aligned around the ones we felt we could be successful around – not creating vanity metrics for ourselves but just things we could bite off and really do.”

A recent report by the Information Technology Association of Canada (ITAC) warns that Canada’s IT talent shortage will top 200,000 positions by 2020. Isn’t it tough for tech firms to add diversity to their hiring checklist when the skills gap makes recruiting difficult already? Yes, says Eben, but it’s worth it in the long run.

“It’s also about (workers) being amazing and not just diverse, and how to retain them once you find them,” he says. “I think the important thing is building the mindset and culture to think through those things … so you can attract anyone from any different background and position. Over time, that will be more successful than not doing it, whether you hit perfect diversity metrics or not. And I don’t even know if perfect metrics exist.”

Eben says some of the steps TWG took included:

February is the planned launch date for a guidebook and website highlighting insights and best practices from the TWG/TechGirls pilot project.

In its aforementioned report, ITAC calls on Canada’s tech sector to focus specifically on bringing more women and youth into the industry, noting that female representation in the sector has stalled at around 25 per cent for the past decade.

Christine Wonghttp://www.itbusiness.ca
Christine Wong has been an on-air reporter for a national daily show on Rogers TV and at High Tech TV, a weekly news magazine on CTV's Ottawa affiliate. She was also an associate producer at Report On Business Television (now called BNN) and CBC's The Hour With George Stroumboulopoulos. As an associate producer at Slice TV, she helped launch two national daily talk shows, The Mom Show and Three Takes. Recently, she was a Staff Writer at ITBusiness.ca and is now a freelance contributor.
Previous article
Top business smartphones for 2016: Google Pixel
Next article
A CMO to Know: Kevin Suitor, TELoIP