It’s almost impossible to force your content to go viral – but you can at least make it contagious, says Adam Reader, a senior strategist at Lida, a London-based digital marketing agency.

“You can’t ‘make’ something go viral – only your audience will decide whether it goes viral,” he told listeners during Facebook Best Practices for Business, a webinar hosted by Vancouver-based Hootsuite Media Inc. on Feb. 23. “But what we can do is… stack the odds in our favour.”

Along with Facebook seminar instructor Mari Smith, Reader shared a number of ways that marketers can increase their chances of creating shareable content, with both experts presenting their insights in a series of easy-to-digest lists and graphs.

Deferring to Smith’s expertise regarding Facebook itself, Reader shared the insights of another expert: University of Pennsylvania professor Jonah Berger’s six STEPPS to contagious content, a set of factors that, when present, increase your message’s chances of going viral:

Reader noted that there isn’t an exact science when it comes to incorporating these factors into your content, and while he suggested aiming for at least two or three in every message, including too many at once results in confusion at best.

Another tip that Reader shared was the value in creating a mix of content. Too many creators focus on planned content – that is, messages determined well in advance – he said.

However, anticipated content – messages designed to respond to certain scenarios – or even reactive content, produced in response to random inquiries, complaints, or crises, can have far more impact when deployed well, he said. 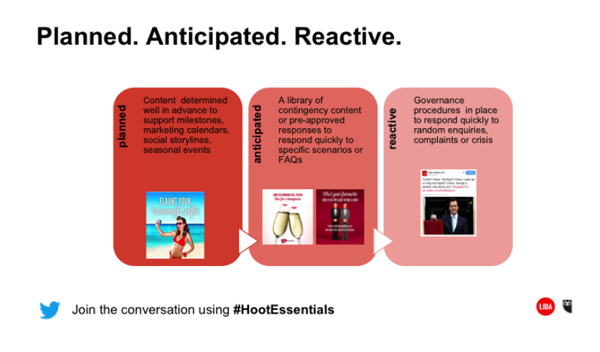 Do more with less

The average Facebook user checks their feed 14 times per day, Smith said, and can identify whether content is personal or paid for in just 13 milliseconds – and they don’t want to see a wall of advertising every time they log in.

“I actually post about five times a week,” she said.

Another mistake that companies often make is posting during business hours: “You definitely want to post more on evenings and weekends… because that’s when people are on Facebook,” Smith said.

Sunday is actually the best day to reach and engage followers, she said, because that’s when they’re most likely to be logged in. The second-best time? Saturdays, followed by weeknights between 9 and 11 PM. 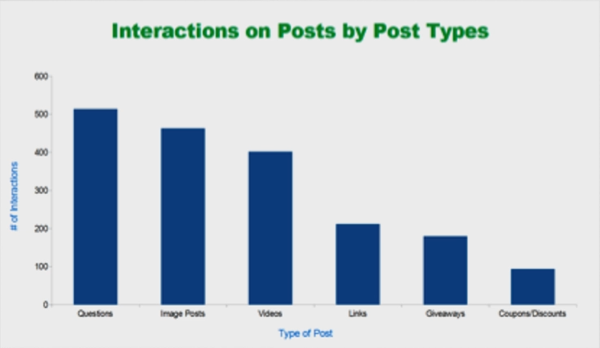 “On mobile, it’s a visual language. It’s about photographs, it’s about videos, it’s about emoticons, it’s about beautiful imagery to communicate globally where you would have to use words before,” Smith said, quoting Erin Sills, Facebook’s director of consumer insights.

For companies that rely on written messages, Smith urged keeping Twitter-like parameters in mind – posts with 150 – 200 characters work best, she said, though they should also include links to longer-form content.

During the webcast’s Q&A portion, Reader and Smith were asked how they feel about purchasing followers, a question moderator Cameron Uganec, Hootsuite’s senior director of growth, answered himself.

“Don’t do it,” Uganec said. “You’re trying to build relationships with real people that have an affinity towards your brand or product, and to chase after vanity metrics like followers are going to get you in trouble down the road.”

Eric Emin Wood
Former editor of ITBusiness.ca turned consultant with public relations firm Porter Novelli. When not writing for the tech industry enjoys photography, movies, travelling, the Oxford comma, and will talk your ear off about animation if you give him an opening.
Previous articleUnilever’s intelligent packaging lead on how printable electronics can boost sales
Next articleOnline viewers increasingly watching pay TV content on actual televisions: Adobe