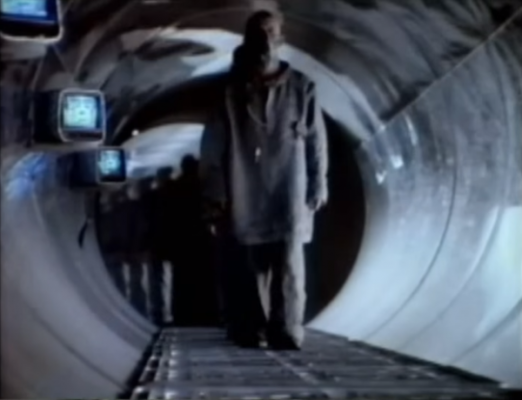 Elaborate ads are a Super Bowl tradition which have come to generate nearly as much excitement as the big game itself, and while their value to the businesses that produce them is debatable, it didn’t stop Super Bowl 50 broadcaster CBS from charging a record $5 million USD per 30-second ad this year. So how did marketers sell products like Adobe Marketing Cloud and online insurance to the roughly 114.4 million Americans who watched Super Bowl 50? Read on to find out.

This 60-second ad might leave the average viewer scratching their head, but anyone with a passing familiarity with Adobe’s cloud marketing service will know what its protagonist is talking about. Here’s hoping Adobe considers its own multi-million dollar investment better spent.

There are worse ways for Amazon to sell its voice-activated multimedia player than having Alec Baldwin channel his 30 Rock character at a fictional party that doubles as an announcement for a new Missy Elliott single.

We have no idea what Apartments.com is for after watching this commercial, but who knew “Silicon Valley Maverick” Jeff Goldblum could sing?

Esurance: “Pass It On Sweepstakes”

Esurance more than effectively sells its message with this ad: Retweet the company’s Super Bowl tweets with the hashtag #EsuranceSweepstakes and you too had a chance to win some of the $1 million-plus the company gave away over the course of the evening.

Kudos to the makers behind this ad for depicting such a wide variety of users for what amounts to a reel of attractive people using a smart watch fitness app during a series of fitness activities (and which runs twice for some reason).

Liam Neeson has fun with his action-movie persona for this Tron-inspired ad, though you’d think LG Electronics Inc. would use something more elaborate than an ultra-thin television to signal the future.

Yes, a mobile game’s connection to the tech industry is tenuous at best, but we just can’t resist sharing this one featuring the Governator.

A solid case study in advertising an existing service in an original way, this PayPal ad more or less explains the concept to anyone who hasn’t bought anything online since, oh, 2000 or so.

Quicken Rocket Loans: “What We Were Thinking”

Though we have a hard time agreeing with Quicken’s assessment that being able to purchase a mortgage on your smartphone will automatically lead to more people purchasing mortgages, this ad certainly makes following that idea to its logical conclusion entertaining.

No video that reunites Key and Peele can be called a waste of time or money, but we doubt that anyone who didn’t know what Squarespace was already could tell you what it’s for after watching this ad.

Time was if stars wanted to hawk a product, they did so in Japan. How times have changed.

And DreamWorks drives one of its best movies further into the ground by shilling for cloud-based web platform Wix.com. At least Dustin Hoffman wasn’t part of this one.