Customer relations management app Hiver, which turns Gmail into a collaborative tool that companies can use for customer support, sales, and task management, recently unveiled an update that will let users keep track of how often recipients open emails and click on their links too.

The company is also working on an iOS version of the app that will be released in the last week of April, and updates to support Outlook and Office365, which will be released later this year.

“We want to help users achieve at least 75 per cent of what they’d achieve through a dedicated collaboration/support/CRM tool right inside Gmail,” Hiver founder Niraj Ranjan Rout told ITBusiness.ca.

To that end, Hiver adds several key features to Gmail, notably by allowing colleagues to share labels and contact groups. Shared labels allow users to assign tasks in the form of emails and track them across departments – marking a message as “FOR IT SUPPORT,” for instance, which IT support can then mark as “COMPLETE” once the task assigned by the email is completed, as in the example below, where a task is assigned to “Ron,” who immediately sees it and can later mark it as “DONE.” 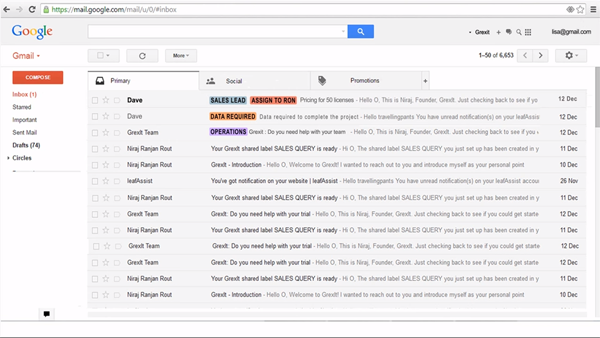 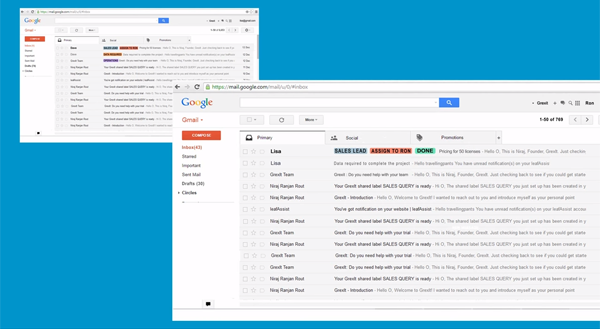 Shared contacts, of course, allows teams to collaborate when reaching out to potential customers, while other features include email reminders, templates, and notes, which can be used to summarize a series of emails or conversation in Gchat.

Since being released in 2010 under its original name, GrexIt (which was changed last September for obvious reasons), Hiver has been used by a variety of high-profile companies including Uber and Pinterest – not to mention the development team itself.

“What we’re doing at Hiver is built around problems I’ve personally faced everywhere I worked,” Rout said. “We also make sure we use Hiver ourselves for a large number of our internal functions, so that we have strong internal feedback on our product.”

Eric Emin Wood
Former editor of ITBusiness.ca turned consultant with public relations firm Porter Novelli. When not writing for the tech industry enjoys photography, movies, travelling, the Oxford comma, and will talk your ear off about animation if you give him an opening.
Previous articleSeveral problems stand in the way of marketers and IoT utopia
Next articleIs it time for a chief ethics officer? Smarter digital technology raises the question