Apple may have overtaken Fitbit as the world’s top wearables vendor earlier this year, but the longtime leader has some tricks up its sleeve.

Fitbit has recently unveiled its first-ever smartwatch, the Fitbit Ionic, as well as its debut wireless headphones, Fitbit Flyer. In addition to these, the San Francisco, Calif.-based company has also announced an upgraded Aria 2 smart scale and premium guidance and coaching tools.

“We’ve developed a fantastic global community of people who care about health and fitness over the last 10 years, and that’s shown through the 67 million devices we’ve sold to date,” Lindsay Cook, product marketing manager at Fitbit, tells IT World Canada. “It’s hard to be healthy and our number one goal is solving that problem. We want to have a meaningful impact and improve peoples’ lives outside of the healthcare industry, and all our new announcements do just that.”

Fitbit has added 2.5 GB of storage so users can put music on their device, and it is working with music streaming partners like Pandora for easier music consumption going forward. Ionic is Bluetooth-enabled and receives call and text notifications, as well as notifications from social media accounts like Facebook, for hands-free use, and comes with improved built-in GPS capabilities so user activity is tracked more accurately. And with SmartTrack, every exercising moment is tracked and recorded automatically without users needing to press “start.” Ionic also is water-resistant up to 15 metres, and has the ability to track aquatic exercises. 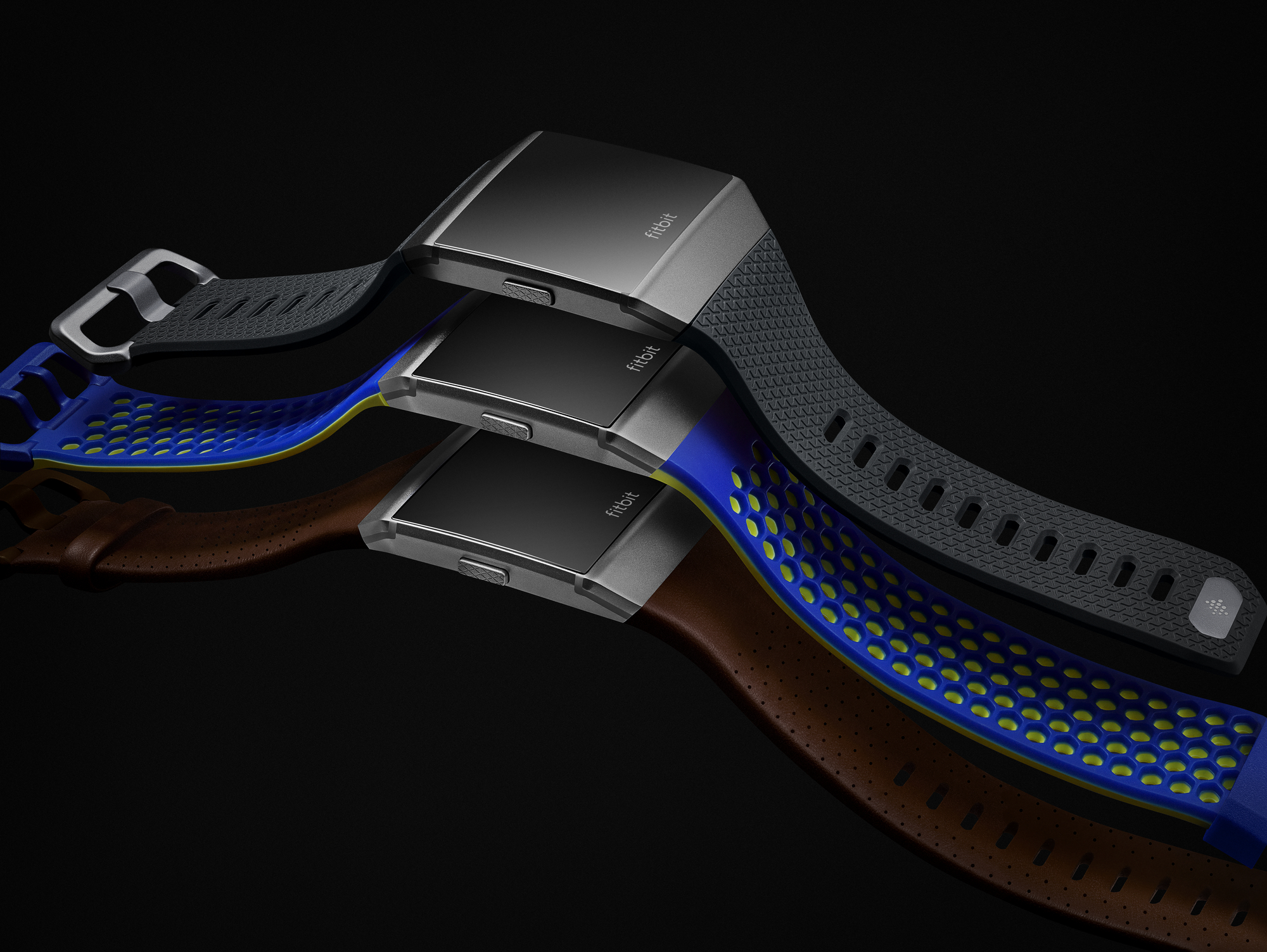 “We know customers are interested in more full featured products, and we see this as the perfect opportunity to offer more advanced health and fitness platforms to more people. Smart watches are also a big business opportunity, with the category expected to double by 2021, and we believe Fitbit is uniquely positioned to play in that space with all our existing technology,” Cook explains.

Durable with a scratch-proof bright screen that can be viewed in any light, Ionic has a battery can last four-plus days without recharging and is compatible with all smartphones, including iPhone iOS and Android. Like other Fitbit devices, the wristband can be changed and several high end material options like leather are available.

The new device, which will be available worldwide in October 2017 (pre-orders available now) for $399.99 (CAD), also boasts mobile pay features for Visa and Mastercard customers, and supports applications like the Starbucks app so users can go phone-free.

Cook describes the Fitbit Ionic as the “ultimate fitness watch and health tool,” adding that what sets it apart is “the totality and personalization of the experience. While all these features are impressive in their own right, we wanted to bring them all together in the best fitness wearable device.”

Fitbit has also delved into the wireless headphones world, launching its fitness-oriented customizable Flyer headphones. Also available in October 2017 for $169.99 (CAD) these headphones come with an interchangeable “tip” kit which is what Fitbit calls the earbud part of the headset, that includes different size options so customers can choose whichever one fits best on them.

Fitbit partnered with audio company Waves to provide the highest quality sound, and the device even comes with two sound options: a “signature” sound with standard settings, as well as a Power Boost option that ups the EQ and bass for a more motivating, surround-sound experience. The headphones are made with a water-resistant hydrophobic-coated material for intense, sweaty workouts, or for exercising in the rain.

“We thought that Fitbit Ionic needed a great wireless headset companion for our customers who want to listen to music while working out, and our Fitbit Flyers are built and designed for fitness. We focused on them being small, lightweight, and comfortable with amazing sound quality, as well as sweatproof and durable during workouts. Fit is important too, so they come with a variety of tips to stay put in your ears even in the most intense workouts,” Cook says.

Because of their seamless fit, Cook adds that they can be worn comfortably with helmets and glasses. The control toggles can accept calls and adjust music, and the dual microphone is compatible with virtual assistants like Apple’s Siri. The headphones also come with a background noise cancellation feature.

Additionally, the Fitbit Flyer can last about six hours on a single charge, and boasts a “quick charge” option for those on the go: just 15 minutes of charging can give users an extra hour of playtime.

“Headsets are a new category for us, but we feel they work well with our new Ionic smartwatch and our other products. We’re always exploring other opportunities and categories to get into and this is where we’re headed along with our smartwatch,” Cook says.

Weighing yourself just got fun again

Lastly, Fitbit has also unveiled an ungraded and reengineered Aria 2.0, its smart scale that was first developed in 2012. This second generation is more accurate and comes with both Wi-Fi and Bluetooth capabilities. It can connect and sync with the Fitbit mobile phone app, where users can track their weight as well as body fat percentage, body mass index (BMI), and lean mass.

“A lot of people don’t have great relationships with their scales, but we wanted to make a beautiful and accurate product that takes away some of that stress. From our research, people who see their weight trends over time are more motivated, and in fact, 70 per cent of Aria customers that use the device consistently within the first six months of having it actually lose weight,” Cook emphasizes. “That shows that knowledge is power, and we want to help people harness that. Weight is important to overall health.”

Aria 2.0 recognizes up to eight users, sets up just like a regular Fitbit device, and boasts an enhanced screen for better visibility in daylight. Like the other two products above, it is available in October 2017 for $169.99 (CAD).

Mandy Kovacshttp://www.itwc.ca
Mandy is a lineup editor at CTV News. A former staffer at IT World Canada, she's now contributing as a part-time podcast host on Hashtag Trending. She is a Carleton University journalism graduate with extensive experience in the B2B market. When not writing about tech, you can find her active on Twitter following political news and sports, and preparing for her future as a cat lady.
Previous articleDon’t assume AI will automatically destroy jobs, Singularity University chair says
Next articleObama’s former CTO on the importance of STEM