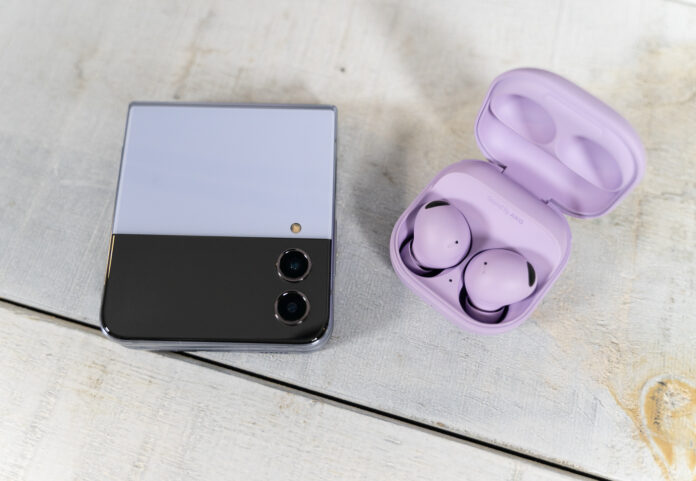 The Samsung Galaxy Z Fold 4 stole the show at Unpacked 2022 (rightfully so, it looked gorgeous), but it wasn’t the only thing Samsung announced. There was one more phone, plus three watches and a new set of earbuds in the mix too.

The Samsung Galaxy Z Flip 4 is the foldable phone for the mainstream. Its vertically folding design transforms its 6.7-inch display into the size of a coaster, easily fitting into smaller pockets. This time around the hinge, as well as the flexible glass, has been improved to be more durable. Samsung says that it can withstand up to 200,000 folds.

Samsung displays have been known for their quality and the Galaxy Z Flip 4 is no exception, boasting a 120Hz refresh rate for silky smooth animations and full DCI-P3 colour gamut coverage. On the front is a 1.9-inch cover display featuring 60Hz refresh rate and the same eye-popping colours as the main display.

The phone has been made to be more durable as a whole. The Galaxy Z Flip 4 uses Corning’s Gorilla Glass Victus+ and an aluminum frame to construct its shell. It should also shrug off rain with its IPX8 water resistance.

For performance, the Galaxy Z Flip 4 uses Qualcomm’s Snapdragon 8+ Gen 1 system-on-chip paired with 8GB of memory and up to 512GB of storage. The storage deserves a special mention in particular as it’s double the capacity of the previous generation.

This time around, Samsung has increased the battery capacity from 3,300mAh to 3,700mAh to mitigate the biggest drawback of the previous iteration–battery life. It’s a modest increase but we’ll have to wait and see how it performs. 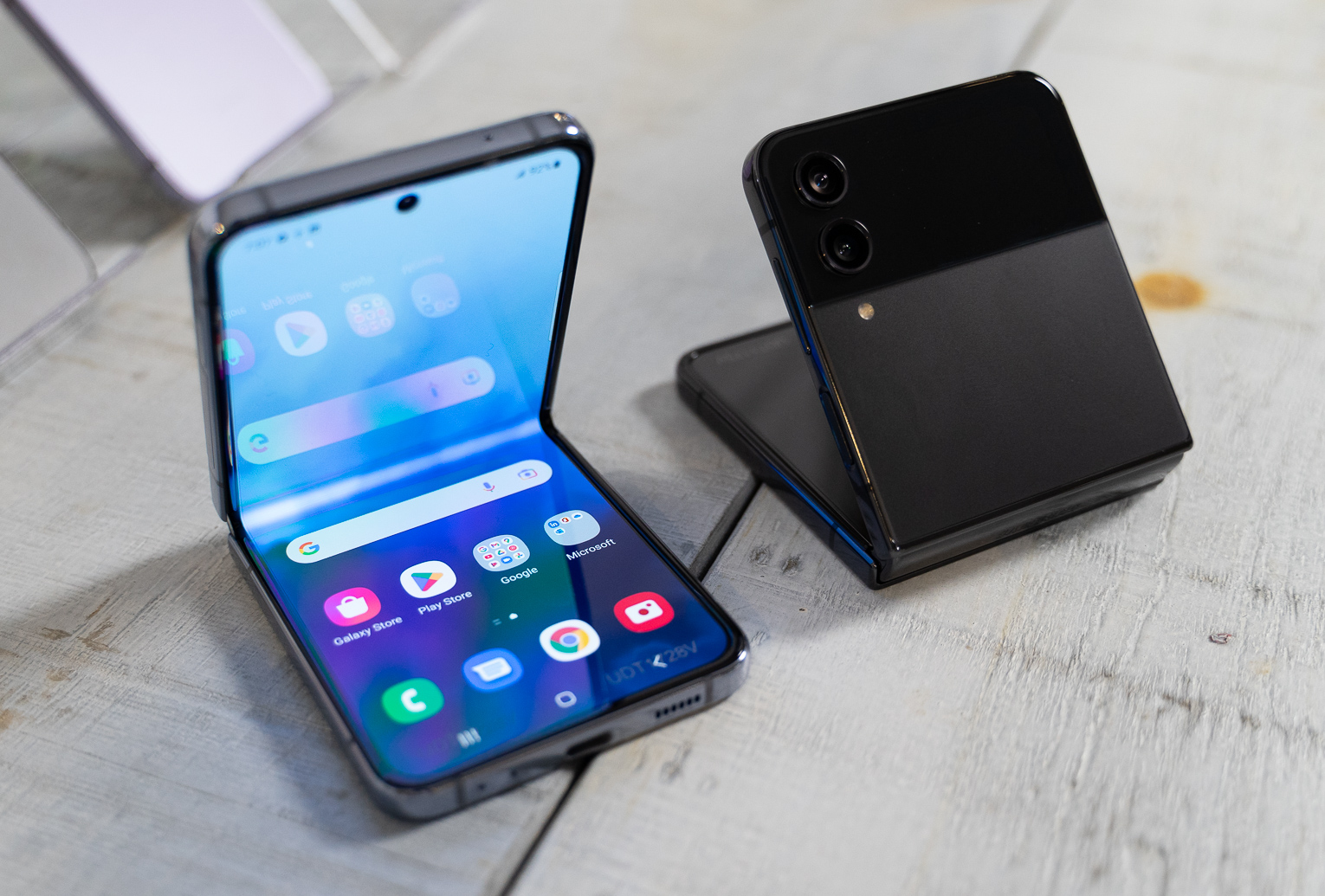 The cameras are a bit less exciting. The Galaxy Z Flip 4 seems to have inherited the camera system from the previous generation, sporting a 12MP main camera and a 12MP ultrawide camera. There’s a selfie cam in the main display as well. It isn’t the under-display camera used on the Galaxy Z Fold 4; Samsung has opted for the traditional pin-hole camera instead.

The Samsung Galaxy Z Flip 4 is available for preorder now starting at C$1,260 for the 8GB/128GB configuration. It’s expected to ship on Aug. 26.

Alongside the phones, Samsung has also released the Galaxy Watch 5 and Watch 5 Pro.

The Watch 5 comes in 44mm and 40mm watch faces, while the Watch 5 Pro only comes in 45mm, which is more suitable for larger wrists. 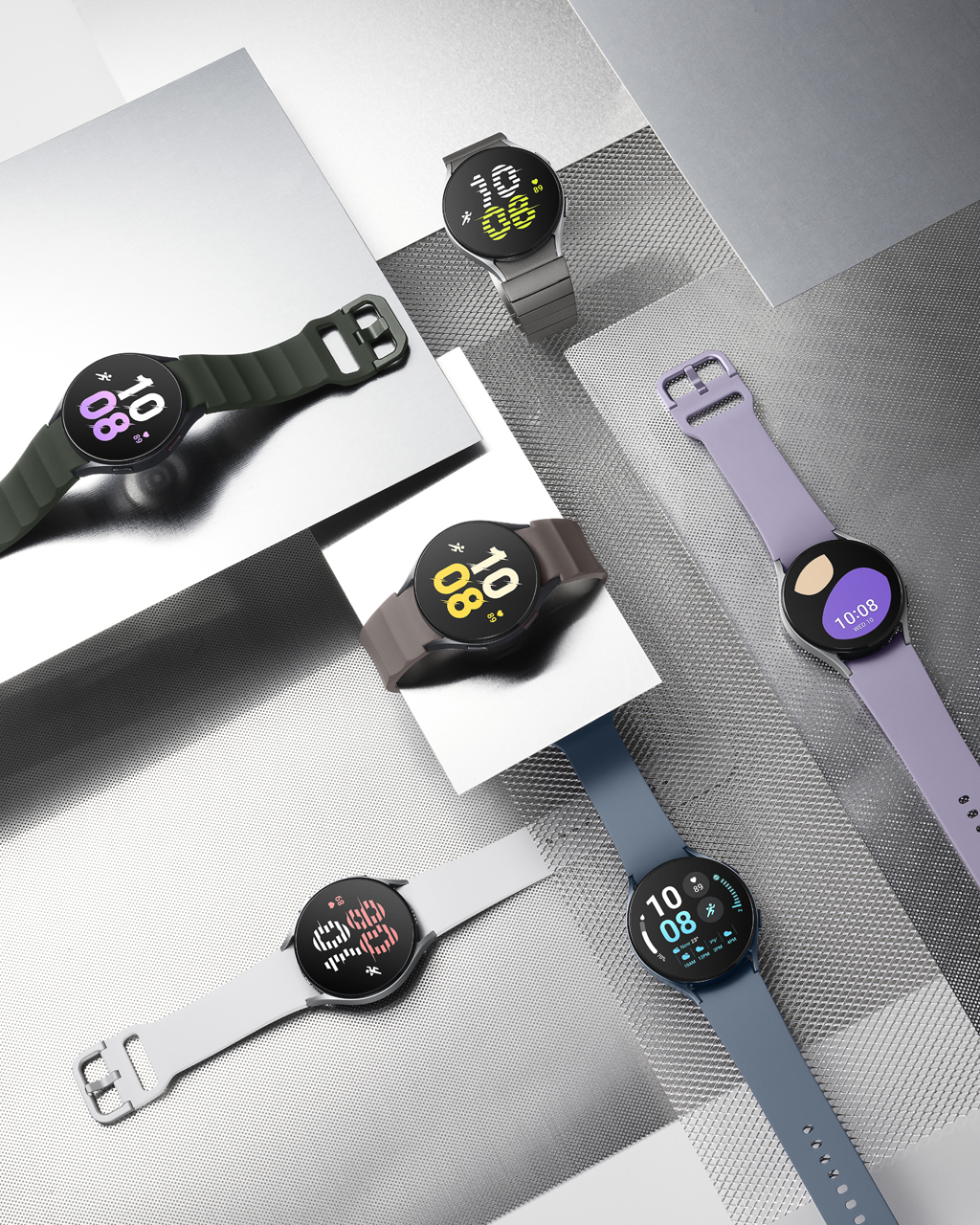 But the biggest advantage of the Watch 5 Pro is its much larger 590mAh battery. The 40mm Watch 5 has a 284 mAh battery and even the larger 44mm version has a 410 mAh cell. Nonetheless, all watches feature fast wireless charging, capable of reaching 45 per cent capacity from zero in 30 minutes.

Besides telling time, the Galaxy Watch 5 series tracks a plethora of metrics for more than 90 activities including swimming, hiking, cycling, golfing and yoga. The Watch’s BioActive Sensor has been improved to be closer to the skin for more accurate heart rate and wellness readings. Additionally, the Bioelectrical Impedance Analysis Sensor (BIA) sensor can track the body’s fat, skeletal muscle, body water and more.

In addition to the fully customizable watch faces and wallpapers, the Galaxy Watch 5 series also come with a bevy of colourful straps. The straps are easily swappable so you can colour coordinate them to the days of the week.

Completing the launch are the Galaxy Buds 2 Pro, Samsung’s premium wireless earphones. Each earbud features two-way speakers with a subwoofer and a tweeter for a fuller sound range. Additionally, the updated 24-bit audio codec aims to deliver higher audio fidelity.

The Galaxy Buds 2 Pro are available for preorder now for C$290 and will ship on Aug. 26.

Tom Li
Telecommunication and consumer hardware are Tom's main beats at IT Business. He loves to talk about Canada's network infrastructure, semiconductor products, and of course, anything hot and new in the consumer technology space. You'll also occasionally see his name appended to articles on cloud, security, and SaaS-related news. If you're ever up for a lengthy discussion about the nuances of each of the above sectors or have an upcoming product that people will love, feel free to drop him a line at tli@itwc.ca.
Previous articleCorrection: Telus requests CRTC permission to add a surcharge to credit card payments
Next articleMicrosoft and Technation launch program to help prepare students for a digital work world