Drones, digital twins, and connected sensor grids: How Toronto Water keeps the pipes flowing today and in the future 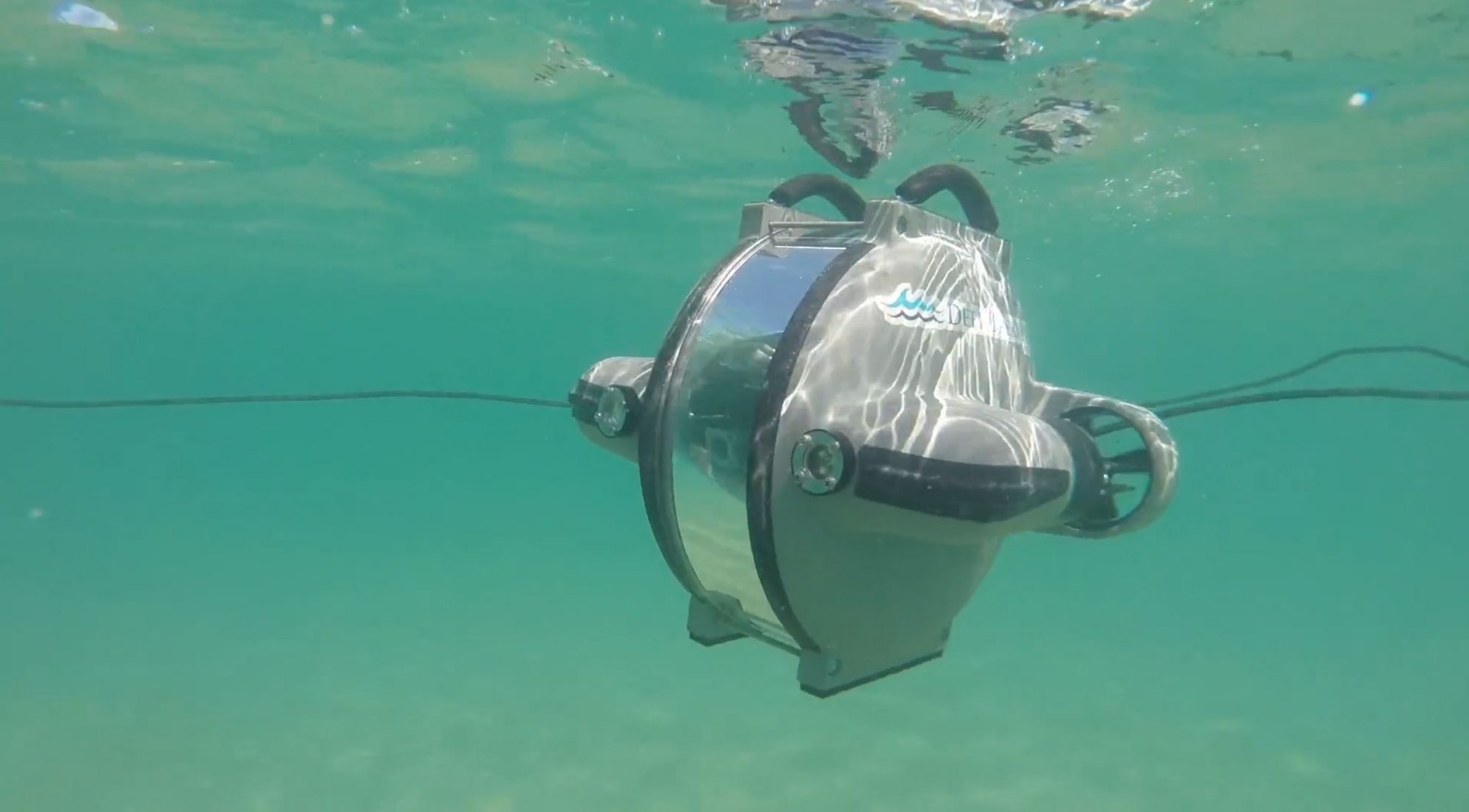 Managing the City of Toronto’s plumbing takes a lot more than a few wrenches and plungers these days. Toronto Water is using drones, augmented reality, and Internet of Things (IoT) connected smart maps to better manage the megacity’s drinking water, wastewater, and stormwater.

It’s only been in the last several years that the municipal division has bucked the status quo of managing the extensive network of pipes underneath the streets. A new, experimental culture has taken hold that is probing how it can provide improved customer service and make the most of existing resources in a city with growing demands.

We spoke with Arash Farajian, a project consultant in the director’s office of Toronto Water, about the transformation. He’ll be discussing it further at IT World Canada’s Technicity event, co-hosted with the City of Toronto Dec. 12.

Waterway inspections by drones from above and below

Toronto Water is taking to both air and water in its early experimentation with drones to help conduct inspections in hard-to-reach areas.

Its fleet of aerial autonomous craft is more advanced, with several drone units on hand including the DJI Phantom 4, the Inspire 1 Pro, and the Mavic Air. The drones fly over the storm sewer outfalls connected to Toronto’s more major waterways, such as the Don River, to inspect them for any blockages. All it takes is one persistent beaver to cause problems that could potentially lead to clogs in the system.

Toronto Water started exploring drone use three years ago, seeking a solution to conducting inspections on hard-to-access areas for staff.

“Things have broken over the years and nobody has been able to find them, because you literally have to hike through the woods,” Farajian says of some of the backwoods storm sewers. “Or your vehicle is getting stuck and you have to call a tow truck.”

With drones, the division has been able to discover old and decayed infrastructure on the system’s periphery.

There’s even one submarine drone in the fleet, the DeepTrekker DTG2, suitable to pilot into Toronto’s larger pipes and handle high volumes of flow, even plunging out into Lake Ontario at times. It allows inspectors to visually inspect pipe integrity without donning a scuba mask and HazMat suit themselves. Farajian says he’s piloted it personally as many as 20 times.

“It has a joystick very similar to PlayStation, it’s pretty fun to use,” he says. “You swim out to the lake and you see fish and you see plants and stuff and it’s almost like you’re scuba diving.”

Toronto Water is also conducting experiments with smart balls, a tennis ball-sized electronic ball that can be rolled down a pipe to inspect for cracks or blockages using ultrasonic scanning. Farajian stresses that these have only been tried a couple of times, and may not be suitable because of the limitations on what type of pipes it can reliably inspect.

Augmented reality mapping of infrastructure under the streets

Standing at the corner of an intersection near York Mills shopping mall, a man wearing a white hard hat and a black City of Toronto jacket reaches out his right hand and pinches the air in front of him. He’s wearing a Microsoft HoloLens unit, viewing through it not only the road, traffic lights, and cars passing through, but also the subterranean pipes and valves. 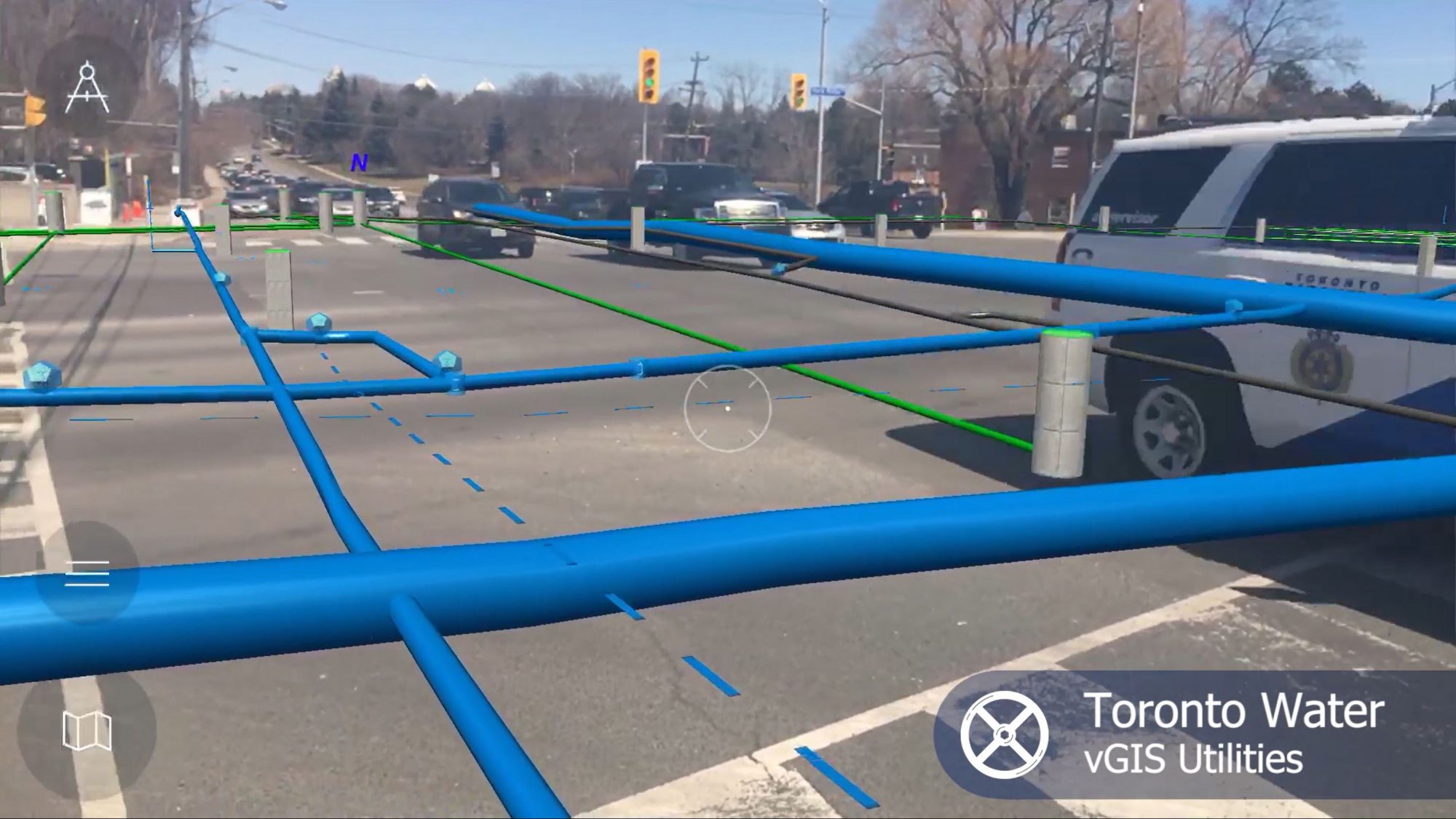 He’s referring to the Pokemon Go game that suddenly made augmented reality a popular concept in the summer of 2016. It challenged players to hunt for adorable digital fantasy animals in the real world, using their smartphone as the lens to experience the game.

After a year of development, Toronto Water is in the process of rolling the app out to its employees. City engineers worked with Toronto-based software developer Meemin Inc. to create the solution, integrating with the data on its Esri ArcGIS platform.

Google Maps with an infrastructure layer

Toronto Water also workes with Redlands, Calif.-based Esri, a geographic information system (GIS) platform that has long provided it a way to track its many thousands of assets across the city.

“Think of Google Maps, but on every street, it has lines and polygons and points that refer to all our assets,” Farajian says. “Look at Yonge Street and you see a blue line for a water main, a red circle for a sewer.” 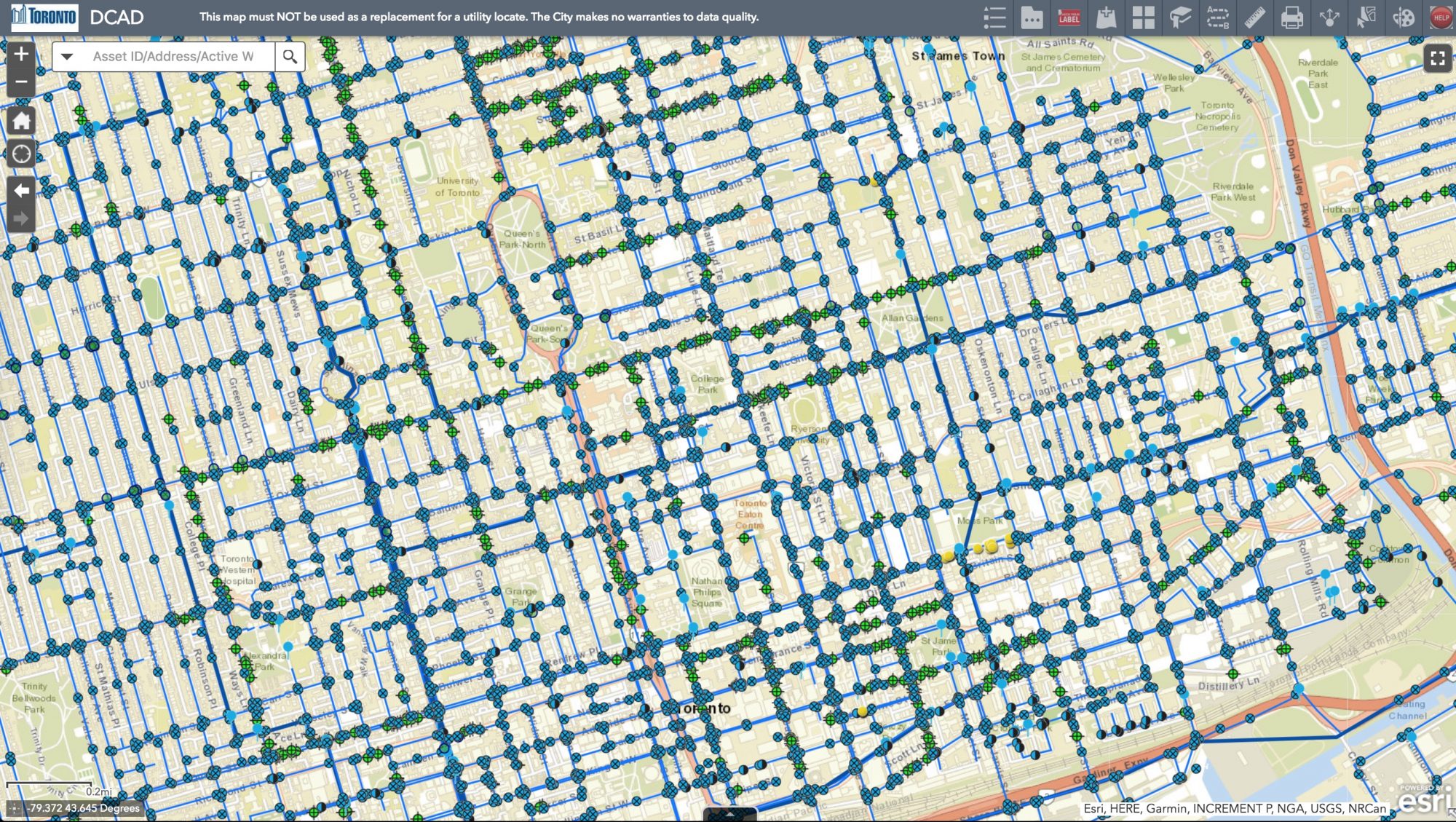 For 20 years, it served as a planning tool for building out subdivisions and industrial lots. In the past three to four years, the system has started being connected with sensors and a web of interconnected infrastructure.

“If you’re putting a brand new hydrant on the street, as soon as you put it in your asset database, you have a connection that can turn on and off,” he says.

The system can detect the amount of flow and pressure being supplied to different points by using a suite of sensors connected to Bell Canada’s LTE-M network, designed for Internet of Things devices. The sensors are composed of a remote terminal unit (RTU) that is about the size of your hand and provides the processing power. Then there’s either a pen-sized pressure detector, or a soup bowl-sized ultrasonic sensor. Two hundred such sensors are deployed across the city at present. It’s a pilot program that could potentially lead to thousands of such devices being connected to a smart grid, but that will require more funding commitments.

Doing so could save Toronto Water resources over the long term. For example, when the city receives a 311 call complaining about water pressure problems or outages, it has to send out a worker to investigate at present. With a connected smart grid, it could provide a water outage map that residents could access to see the source of the problem.

The business case for Toronto Water’s technology investment is all about providing a higher level of customer service, Farajian says.

“Are we maintaining pressure in our water main? If it’s too high, pipes could break. If it’s too low, it won’t’ get to your house,” he says. “It’s critical for us to maintain.”

The Esri map will more than just a flat maze of pipes and sewers. It will also showcase the 3D models of pumping facilities.

Toronto Water operates 85 sewage pumping stations across the city, most of them three or four floors of operations. Every time the city wants to introduce something new to a pumping station today, a worker has to take measurements in person to see if the equipment will fit. 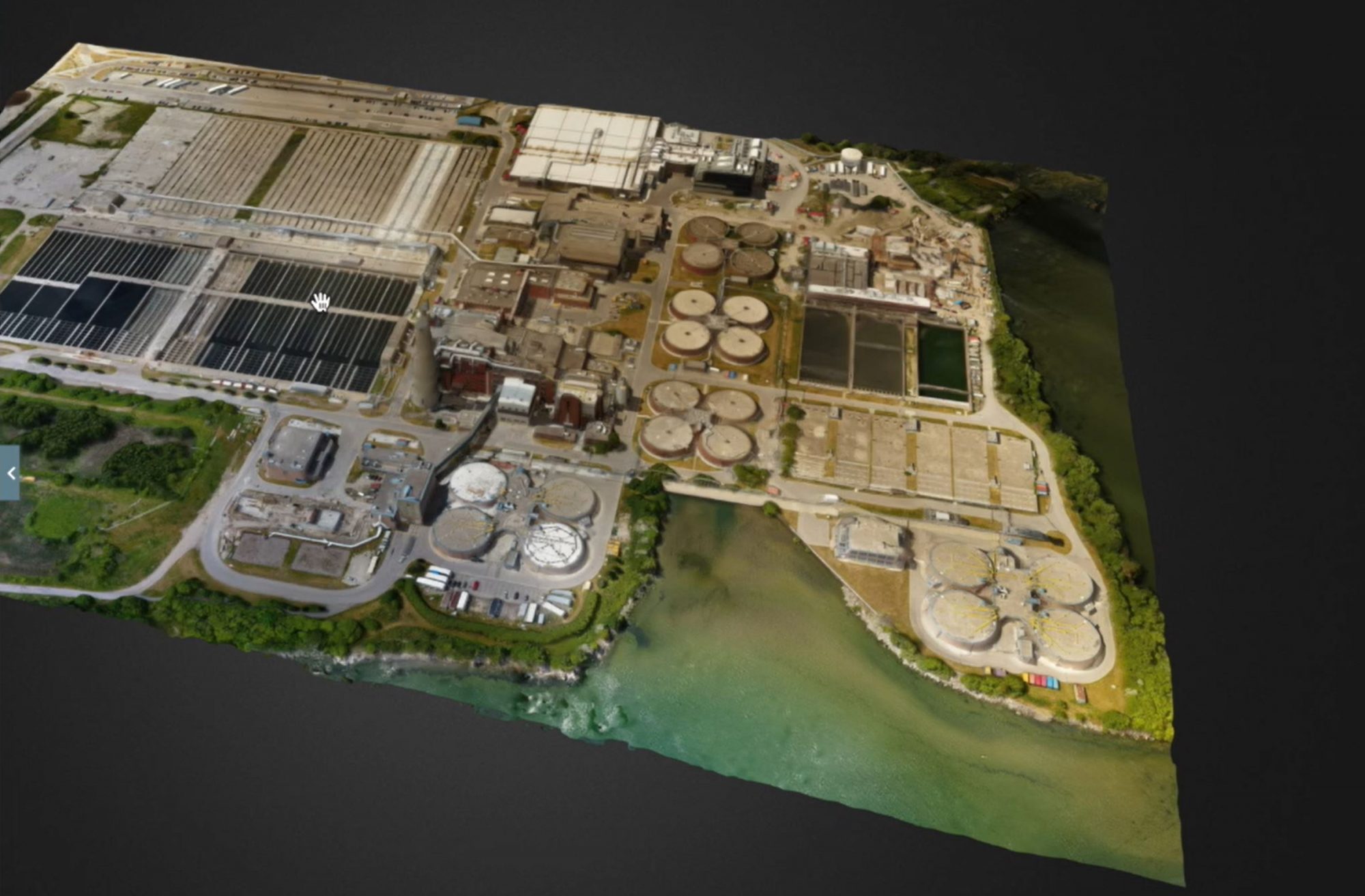 To eliminate that, Farajian wants to create precise 3D models that serve as digital twins. Take for example the model of Ashbridges Bay, seen in the image above.

“We can do it all behind a computer without wasting the time to go to these stations to check things out,” he says.

So, starting in the eastern section of the city, along the Scarborough section of Kingston Rd. that runs along the lakeshore, pumping stations are being thoroughly 3D scanned. A combination of photography, LiDAR scans, and AutoCAD diagrams of pump and electrical cabinets compose a layered and accurate representation of the physical building.