Day after IPO will be business as usual: Facebook’s top Canadian exec

Talk about a big week for Jordan Banks.

Banks celebrates hisbirthday today. And tomorrow his company, alittle something called Facebook Inc., is expected to raise about $100billion in its initial public offering. If Banks, managingdirector of Facebook Canada, owns even a miniscule slice of theFacebook pie through employee stock options, this could be an extremelylucrative week for him. Even if he doesn’t, it’s still a watershedmoment for his employer.

But Thursday he dispelled the hype – some would say hysteria –surrounding the Facebook IPO, telling aToronto audience at theCanadian Marketing Associationconference that even though themilestone will make corporate history, it won’t do a thing to alterFacebook’s game plan at all. 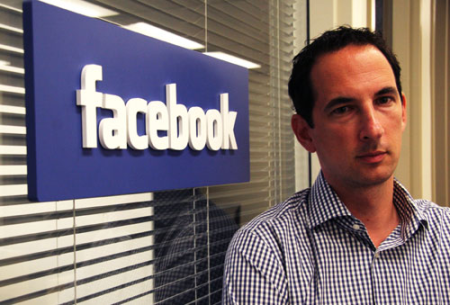 “Tonight we’ll hack a bunch of projects like we always did,” Bankssaid, but the morning after the IPO “nothing will change one iota” forFacebook’s team and the way it does business.

It was the only brief moment when Banks acknowledged the huge elephantsitting within the cavernous hotel ballroom where he spoke: theimpending IPO. The rest of his talk focused on the current stage of theFacebook hype cycle, and how Canadian businesses can use it to theiradvantage.

Banks started by stating that the discourse around Facebook is nolonger about whether businesses should be using it or not; now it’sshifted to what their Facebook strategy should be.

“Now is the time to focus less on the ‘why’ of Facebook and more on the‘how’,” he said.

Banks followed that up with the Facebook marketing tips that mostbusiness owners and executives have already heard by now: realizesocial media demands constant attention because “it’s always on,” makeit about the online identity of your brand’s Facebook community versusjust outgoing marketing messages, integrate social media across yourentire corporate strategy instead of relegating it to theresponsibility of a junior staffer, use analytics to monitor andmeasure your Facebook campaigns, and ensure the tone of your company’sFacebook content is more like real life conversation than corporatejargon.

The crux of his talk, however, was summed up in two neatly phrased questions that Banks encouraged all businesses to continually ask themselves about their customers when using social media to engage them: “Why would they care and why would they share?”

In other words, don’t waste time, money and effort on any social mediacontent that isn’t specifically tailored to the unique interests ofyour company’s online community of fans and users. And it can’t justinterest them, it has to be something they want to share with otherpeople to spread your brand appeal even further, Banks said.

It’s worthit; the latest research shows just one Facebook fan influences 34 to 50of his or her friends, he said.

Companies still need to think more about Facebook as an onlinecommunity centered around identity rather than a vast launch pad formarketing messages, he said. Although most businesses now realize thatcontent drives online engagement, that content must be timely,constantly updated, and compelling enough to bring site visitors (andcustomers) back again and again. Banks cited Claritin as an example ofhow to do it well. In his opinion, the line of allergy medications hasbecome the “go to site” for Canadian allergy sufferers because itssocial media content is useful and updated regularly.

Banks’s session wasn’t a one-sided Facebook love fest, however.Marie-Josee Lamothe, head of marketing and corporate communications atL’Oreal Canada, provided the perspective of a company that’s usingFacebook for marketing purposes. She touched on some of the pros ofFacebook (it’s a pretty flexible platform that can be used in many waysfor marketing) and some of the cons (Facebook changes its platformfeatures often, resulting in anguished cries among marketingand ITmanagers around the globe who have to adjust their Facebook campaignsaccordingly each time).

To illustrate her philosophy that “(social media) is not a marketingchallenge, it’s a business challenge,” Lamothe explained how L’OrealCanada launched Digital University, an internal program that requiresevery employee from the CEO on down to complete training such as SocialMedia 101, a course that new hires must pass before their officeInternet accounts are activated.

Her tips for the audience were based on lessons gleaned from pastL’Oreal Facebook campaigns, the biggest one being that Facebook,despite its 900 million users and monster IPO, should only be onecomponent of your company’s marketing plan, not the whole ball of wax.

“Facebook on its own is not enough,” Lamothe said. “Alone, it’s just anonline chat forum.”

Sounding like somewhat of an apologist – a surprising stance to take onthe eve of his company’s $100-billion IPO – Banks beseeched the crowdto stick with Facebook on its wild ride to the top of the social mediaheap.

“We’re only one per cent done (in harnessing Facebook for businesses),and that makes it rough sometimes for the (companies)who are usingit,” Banks said. “We’re not perfect, we don’t have all theanswers andyou have to be patient while we fine-tune this instrument.”

Then he threw out a number almost as startling as the ubiquitous $100billion figure being bandied about for the IPO.

“We have about 3,000 people taking care of all the 900 million usersaround the globe,” Banks said, pointing out that Facebook is still atiny company relative to its reach, and all of its staff couldprobably fit into a small slice of the Air Canada Centre where theLeafs play, and if all of those employees (including Banks) holdFacebook stock options, they’re going to be a lot wealthier tomorrow,whether the Facebook game plan changes the morning after or not.

Christine Wonghttp://www.itbusiness.ca
Christine Wong has been an on-air reporter for a national daily show on Rogers TV and at High Tech TV, a weekly news magazine on CTV's Ottawa affiliate. She was also an associate producer at Report On Business Television (now called BNN) and CBC's The Hour With George Stroumboulopoulos. As an associate producer at Slice TV, she helped launch two national daily talk shows, The Mom Show and Three Takes. Recently, she was a Staff Writer at ITBusiness.ca and is now a freelance contributor.
Previous article
This SSD will self-destruct….
Next article
Startup news round-up: May 17, 2012