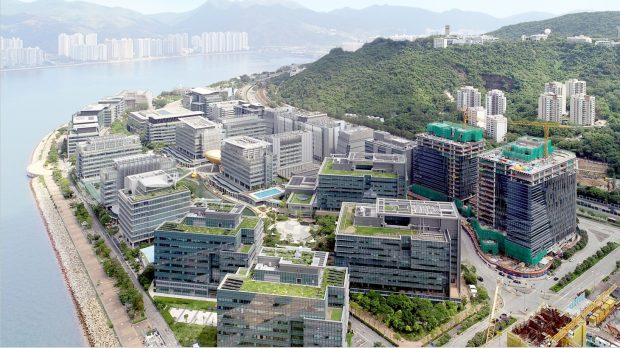 Nestled within the sprawling Hong Kong metropolis is the Hong Kong Science & Technology Parks Corp. (HKSTP); almost a city unto itself devoted to the development and advancement of technological innovation.

The complex, which includes over 3.5 million square-feet of lab and office space, houses over 700 businesses and has helped raise over $3 billion CAD of investments in the last fiscal year.

HKSTP recently sent a delegation to the Collision Conference in Toronto with the purpose of recruiting tech businesses to apply for its Checkerboard Landing Program (a one-week training course to introduce companies to doing business in Asia, specifically in Hong Kong) as well as to promote the startup ecosystem in Hong Kong.

Francis Pun, the international development lead for HKSTP spoke with ITBusiness.ca at Collision about what businesses could expect from the program as well as the business ecosystem in Hong Kong as a whole.

“What you get in that program is an ability to find out what it takes to come to Hong Kong. To leverage our ecosystem, but not just for the Hong Kong market, but for what we call the Greater Bay Area market, and also for the Asian market,” explained Pun. “We’re creating an ecosystem for Asia. We have an opportunity to leverage the southern China ecosystem with what Hong Kong can bring up internationally and into the world. So we’re really building it out Asia-wide, but using Hong Kong as that lightning rod.”

Pun said Canadian companies that are worth an investment through HKSTP’s partnership with Saltagen Ventures – an early stage VC – are valued targets. The strategy is to convince those companies to flee for greener pastures if they’re not feeling supported by their own governments, and instead develop their business in Asia.

Navdeep Bains, Canada’s minister of innovation, science, and economic development, has been a big part of recent investments into the innovation space and said he’s disappointed to see some of the cuts made by the provincial government which could undermine the progress that has been made in the booming tech scene in Toronto.

Earlier this month, the Ontario government announced it was slashing Communitech funding by $2.1 million. That’s roughly a third of the funding the province gave Communitech each year and about 10 per cent of its overall budget. Fifteen of the Communitech’s 105 employees were laid off as a result.

“This really will undermine growth and jobs. It’s wrongheaded. Very disappointed to see such cuts taking place, particularly in the areas of artificial intelligence. Canada is recognized globally for world-class research. And that was because of the investments we made in organizations… to develop cutting edge research that leads to economic development opportunities and commercialization opportunities that will create jobs and growth,” said Bains in an interview with ITBusiness.ca. “To make cuts in that area is really a step in the wrong direction. It is a step backwards.”

Additionally, Ng said that HKSTP is not something to fear, but instead should be viewed as a positive. HKSTP is recognizing the strengths of Canada’s economy, and Ng suggested that could actually lead to opportunities for collaboration.

Pun indicated that type of government support for businesses can be found in Hong Kong. Combined with the infrastructure that HKSTP has built with government funding, Pun said the Hong Kong Science Park has made Hong Kong an attractive landing spot.

Buckley Smithhttps://www.itbusiness.ca
Staff writer for IT World Canada. Covering the world of technology as it applies to business. Buckley is an avid sports fan who loves travel, food, and music. Can be contacted at bsmith@itwc.ca or 416-290-2000.
Previous articleHashtag Trending – A new iPod touch; IKEA plays with AR; Zuckerberg says no to summons
Next articleHashtag Trending – Uber bans misbehaving riders; Huawei can make SD Cards again; Google bans apps that sell weed