Canada Post is poised to unveil a digital mailbox system that could give every Canadian a secure and authenticated identity linked to their home address — and propel the 249-year-old institution into the digital age.

The Crown corporation will officially launch a national rollout of thedigital mailbox program in Ontario’s Kitchener-Waterloo region sometimethis summer, though it won’t give an exact date at this point.

What Canada Post will say at this pointis that it’s going digital orbust.

“This is a shift of Canada Post digitally towards being an IT(services) provider but also an IT enabler when it comes to connectingbusiness, consumers and government,” said Kerry Munro, group presidentfor digital delivery networks at Canada Post. 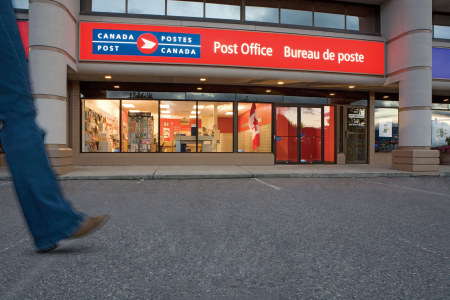 The digital mailbox will be a focal point of the new e-servicesstrategy. It will give Canadians a way to digitally authenticate theiridentity and link it to their physical address. The implications couldbe enormous: thousands of functions that require people to verify theiridentity and address on paper forms may soon be done online through theCanada Post Web site.

Munro’s vision for Canada Post’s e-evolution, if you will, entailstaking its successful ePost service – which sends consumers online billnotifications for everything from hydro to credit card bills – andbuilding it out to as an online portal where consumers can accessgovernment services, receive e-flyers from businesses, and haveWeb-based coupons or daily deals offers sent to their ePost inboxes.

“ePost will shift to become more that digital platform that helpsCanadians manage the business of their lives,” said Munro, a formerYahoo Canada executive.

Consumers will be able to use the basic digital mailbox service forfree but businesses will be charged a fee to use it for online contentor service delivery purposes, he said. Munro also plans to bring CanadaPost into the mobile age by eventually releasing some of its e-servicesas apps. Canada Post has already opened its Digital Newsstand service,which allows consumers to subscribe to 5,500 online magazines fromaround the world.

“We’re extending our service proposition from what it was as a249-year-old bricks-and-mortar organization toone that’s an anywhere,any time (service),” Munro said.

Christine Wonghttp://www.itbusiness.ca
Christine Wong has been an on-air reporter for a national daily show on Rogers TV and at High Tech TV, a weekly news magazine on CTV's Ottawa affiliate. She was also an associate producer at Report On Business Television (now called BNN) and CBC's The Hour With George Stroumboulopoulos. As an associate producer at Slice TV, she helped launch two national daily talk shows, The Mom Show and Three Takes. Recently, she was a Staff Writer at ITBusiness.ca and is now a freelance contributor.
Previous article
‘Dragon’s’ new venture capital fund aims to raise $100 million
Next article
StartupsN.com’s plan to hook up Canada’s early stage tech players

New: Pay your taxes from a Canada Post location