New York City-based Interbrand has released its 18th list of the world’s most valuable brands, and tech companies are high on the list.

Other tech companies on the list of 100 included Intel Corp., Cisco Systems Inc., Oracle Corp. and, making their first appearances on the list, Netflix Inc. at number 78 and Salesforce.com Inc. at number 84. In all, 15 brands came from the technology sector.

Interbrand’s rankings are based on three key components:

Others on the top 10 experienced even higher growth: Facebook led the pack at 48 per cent, its value growing by approximately $48.18 billion, while Amazon experienced 29 per cent growth worth $64.8 billion, and Adobe grew by $9.06 billion, or 19 per cent. 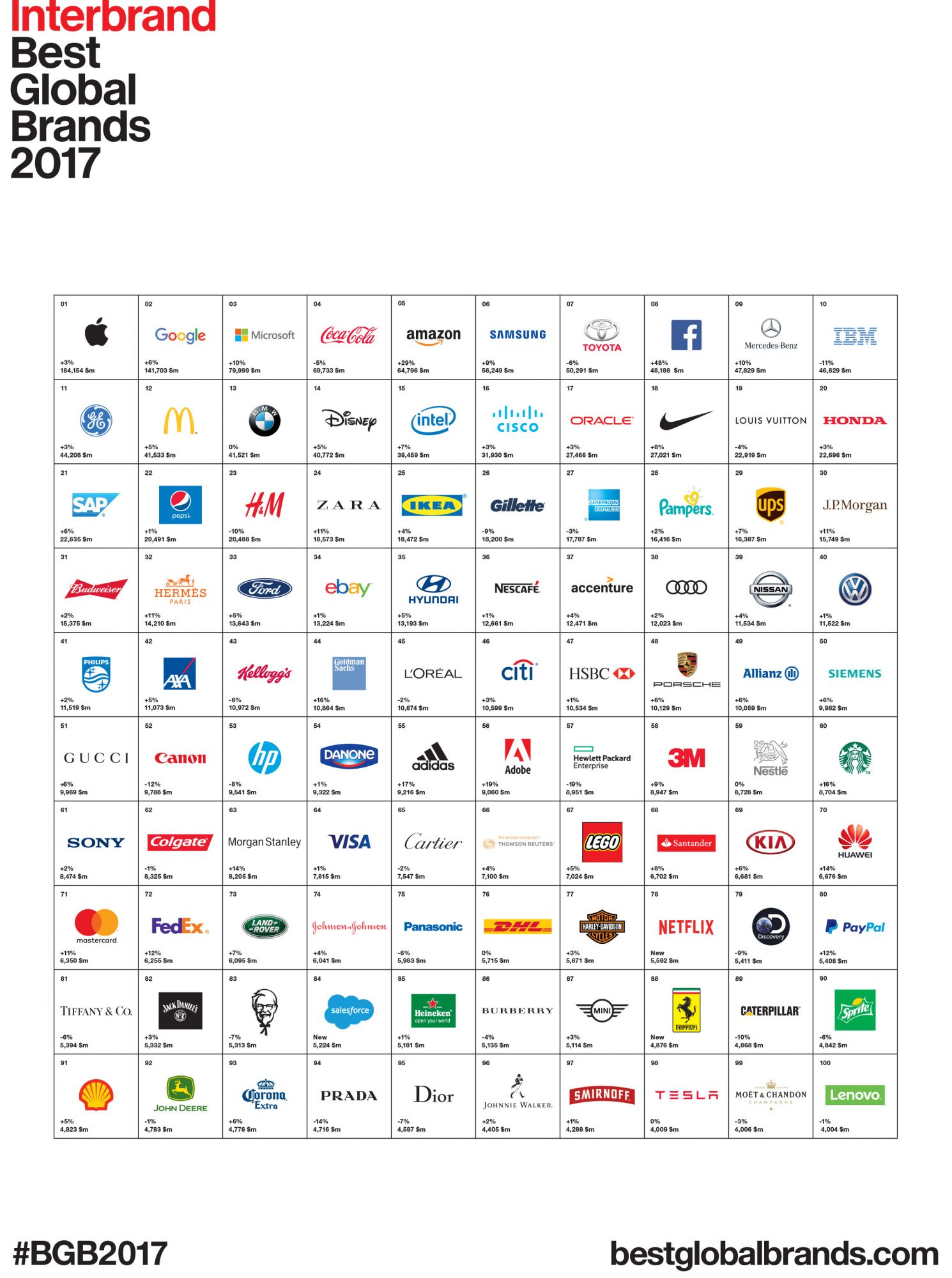 Eric Emin Wood
Former editor of ITBusiness.ca turned consultant with public relations firm Porter Novelli. When not writing for the tech industry enjoys photography, movies, travelling, the Oxford comma, and will talk your ear off about animation if you give him an opening.
Previous articleBlockchain supercluster bid hopes for $50 million ‘carve out’
Next articleWhat does today’s CMO look like? Here’s what Act-On learned [infographic]