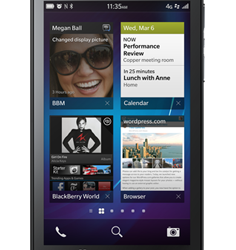 Another win for BlackBerry 10 with international law firm contract

Fresh off a major order from Canadian corporate icon Canadian Tire for over 3000 handsets, BlackBerry has another big win – an order for 1,600 Z10 and Q10 smartphones from global law firm Clifford Chance.

10 key features on the BlackBerry Q10

With the release of 10.1 Gold, the software development kit (SDK) for the BlackBerry 10 OS, developers have a number of new tools to help then when designing apps for BlackBerry’s new operating

BlackBerry announced Friday that the law firm will roll out 1,600 BlackBerry 10 smartphones with BlackBerry Enterprise Service 10, the vendor’s new enterprise mobility management solution, to its employees around the world, beginning this summer in the United Kingdom. Clifford Chance was already a long-time BlackBerry customer.

“BlackBerry Enterprise Service offers us a strong combination of flexibility, functionality and security. Combined with the new BlackBerry Z10 and BlackBerry Q10 smartphones, it helps our people to be more productive and to deliver excellence in client service,” said Clifford Chance’s CIO, Paul Greenwood, in a statement.

The law firm added that, in addition to the management tools, the new BlackBerry Balance feature, which allows employees to firewall their personal and corporate data, was also a key factor in its decision to stick with the BlackBerry platform.

The BlackBerry Q10 – the one with the long-awaited QWERTY keyboard – will launch in Canada on May 1, and ITBusiness.ca has an exclusive sneak peek: BlackBerry Q10 hands-on review: new take on a classic design.