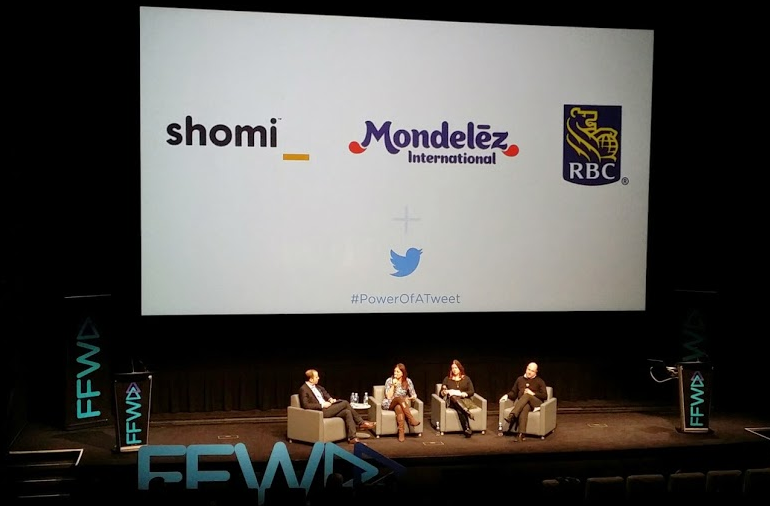 All last week, the Canadian marketing and advertising world was busy showcasing the most popular campaigns and innovations at FFWD 2015, or Advertising and Marketing Week in Toronto.

Twitter Canada played host to a session titled, “140 Characters and Beyond: Exploring The Power of a Tweet.”

Ferrari walked Michaels through the various Twitter ad tools Shomi used during their launch in 2014.

1. Quiz Card: Shomi was the first brand to use this innovative tool in Canada. The Quiz Card gave viewers on Twitter the opportunity to chose the type of movie they wanted to watch based on their current mood. They were then given a recommendation based on how they answered the quiz.

2.Tune-in Reminder: Shown below, this tool gave viewers the choice to allow Shomi to update their personal calendar with the date and time of their favourite show (in this case the show was Transparent). 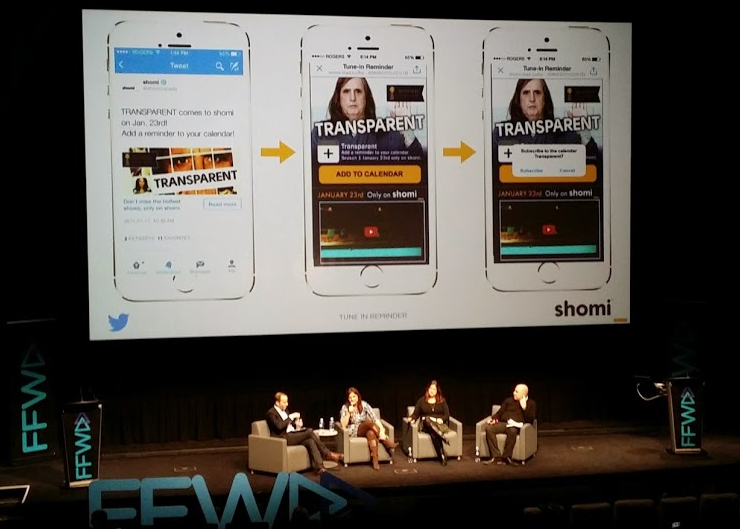 Overall, these Promoted Tweets drove 2.3 times more site visits to Shomi, on average, than organic tweets. Asked whether Twitter was successful in helping to launch Shomi in Canada, Ferrari answered, “People having those conversations online is why Twitter works well for the entertainment industry.”

Karen from Mondelez was next on the panel. If you haven’t heard of Mondelez, you have surely heard of their star brand, Oreo. Last winter, Oreo was a sponsor of the Canadian Olympic team.

Karen’s focus for using Twitter during the Olympics was two-fold. First, the brand wanted to answer, “How do we make our brand culturally relevant?” said Karen, adding the brand also wanted to sell products, but in a way that would encourage people to engage with the brand and to love it.

Working with a team that included agencies specializing in creative, planning, and media, Mondelez hit engagement rates of 14 per cent and 24 per cent. 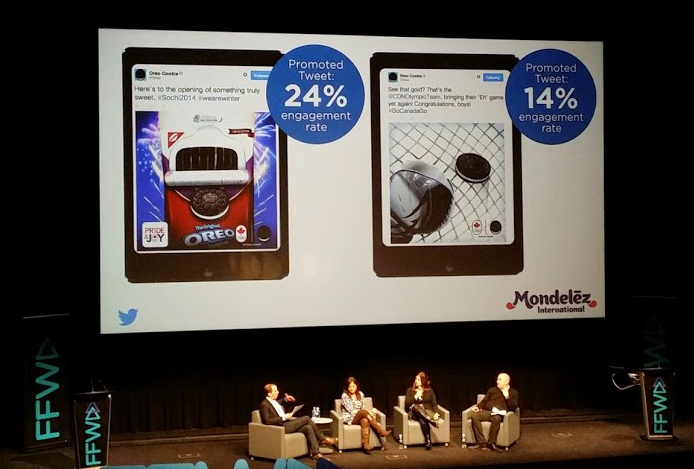 Hutchison was at the session representing RBC, a brand that is part of a highly regulated industry.

When asked why RBC wanted to engage on social media, and specifically Twitter, Hutchison replied, “Social allows us to humanize our brand.”

As a sponsor of the Canadian Junior Hockey program, RBC executed the “Tweet A Jersey” campaign during the IIHF junior hockey tournament over the winter holidays. 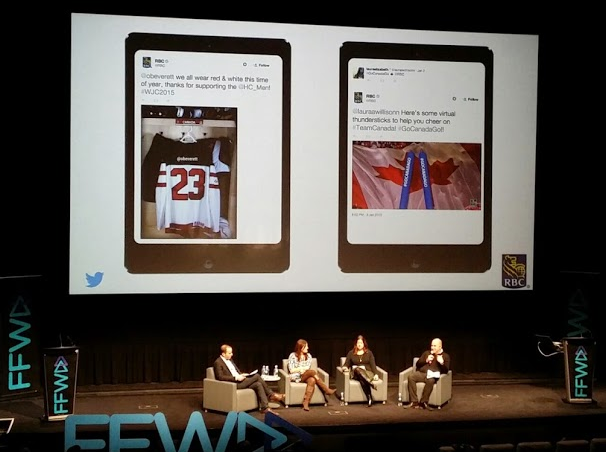 This campaign saw fans receive a personalized digital jersey (see above) that they could then use as their avatar on Twitter. By the end of the tournament, RBC saw that their Promoted Account and Promoted Tweet campaign result in a 200 per cent increase in positive sentiment.

While these brands are using Twitter in different ways, they’ve all managed to take their tweets and turn them into ways of engaging with their audiences – and in the process, they’ve made connections that go a lot farther than just 140 characters.