The role of governance in intelligent communities 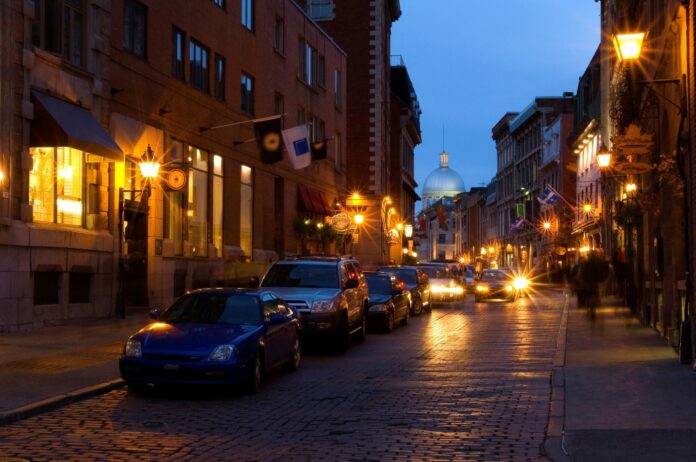 Greater Montreal was named one of the world’s top 21 intelligent communities in 2013, but it did not make it to the Top 7 list announced by the Intelligent Community Forum in early 2014.  In this fourth and final post of a series, we explore what it takes to become an intelligent community.

What is the role of governance in the development of intelligent communities?

An intelligent community depends on the participation of its citizens in shaping decisions related to issues which affect their daily lives such as education, environment, health, transportation and other sectors.   Today, it has never been easier to create collaborative digital environments to engage citizens in democratic activities which improve quality of life and economic development.

As mentioned in my previous blog post, quality of life is a key factor in attracting and maintaining a knowledge workforce.  This demographic is highly mobile, and can pick and choose where it wants to live, work and play.  For example, a knowledge workforce is looking for :

The case of Chicago, Illinois

Although Chicago has never been recognized by the Intelligent Community Forum, a small civic organization called the Smart Chicago Collaborative has been able to align key networks of people with policies and programs to produce big results. Founded in 2010, Smart Chicago has been working toward three main goals:

In collaboration with organizations such as OpenGov Chicago, DoIT (the city’s Department of Innovation and Technology) and Connect Chicago, it has been hosting and facilitating meetups, providing resources and support for developers, and ensuring full citywide participation in the civic innovation process. For example, OpenGov’s Hack Night, which is hosted at « 1871», a digital startup hub, has been creating apps inspired from the city’s open-source data. Smart Chicago is not for tech-geeks only, the CUTGroup (Civic User Testing Group) is inclusive for all Chicago-ans who wish to get involved in testing civic apps or developing new app ideas.

The executive director, Dan X. O’Neil, makes it clear that Smart Chicago would not be what it is today, had their government and philanthropic leaders not valued open government and civic innovation.  He feels this is vital for any city which wishes to pursue a similar model.

What about governance in Montreal?

Since the new mayor of Montréal, Denis Coderre, was elected in November of 2013, one of his first moves was to create the Bureau de la Ville intelligente et numérique (Smart City) to facilitate open data access and useful applications for the citizens of Montréal.  The mayor also announced that the city would like to adopt a Creative Commons 4.0 International License in collaboration with three other cities in the province. ” This licence will multiply the opportunities for collaboration and allow us to make better use of our precious data, which is at the foundation of the intelligent city concept,” said Coderre.

The signs are promising.  In February, the city hosted Open Data Day, organized by Montreal Ouvert, a non-profit organization that advocates for municipal openness.  There was renewed enthusiasm at the event which was well-attended by more than 100 programmers, citizens, and city officials, including Harout Chitilian, vice-president of the executive committee and responsible for the Bureau de la ville intelligente et numérique.  The city of Montréal has had an open data website since 2011.

Lydia Cappellihttp://destl.ca
Lydia Cappelli has been adding value to companies for almost 30 years in sectors and activities such as aerospace, economic development, export and information technology. She graduated from McGill University with a B. Com. in Marketing and Information Technology and an M.B.A. in International Business. Lydia started her career as a management consultant with Deloitte Touche International. After three years, she was hired by the Economic Development Office of Montréal where she promoted the region to American and European investors between 1988 and 1998. Lydia then moved to Bombardier Aerospace where she honed her project management skills in the implementation of Six Sigma. In 2001, she started her management consulting firm and moved to Ontario where she accepted mandates with economic development agencies and IT companies. In 2010, she returned to the field of economic development with Montreal International, and is now with the Economic Development Office of Saint-Laurent since 2013.

Previous articleWindows XP end of support – Mitigating the security concerns
Next articleWhat tablet screen size is right for you?