Ideacity wraps – the hidden gem of the GTA & world alike 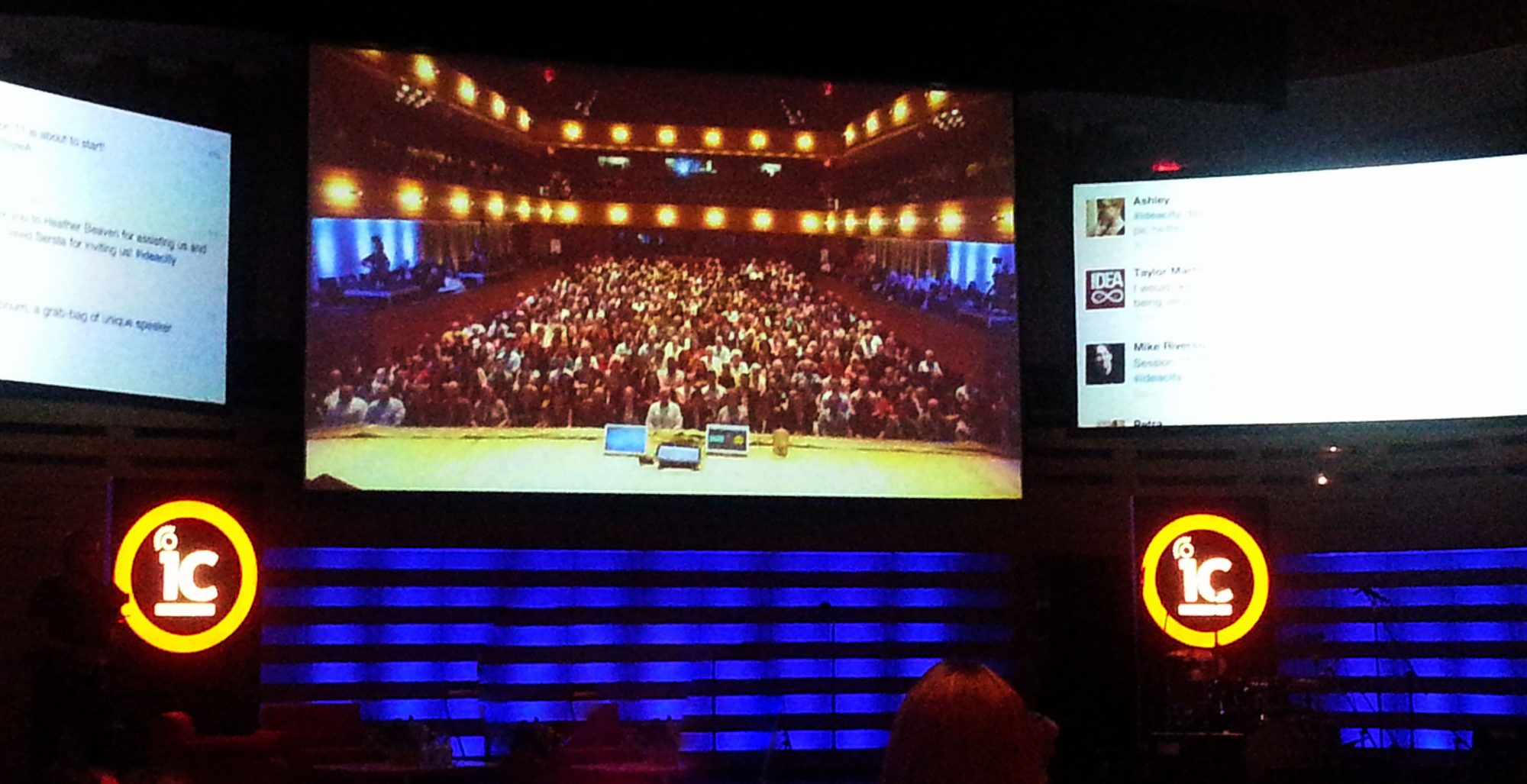 Ideacity is a hidden gem of the Greater Toronto Area, even though it’s known as “Canada’s premiere meeting of the minds.” If you happened to be walking past the footballers at University of Toronto and the Art Gallery of Ontario along Bloor Street West Toronto over the past 3 days, you probably didn’t even notice that there was something amazing happening inside Koerner Hall.

Here’s a peek at the ideacity and Moses from 2008. Believe me when I say, not much has changed:

His ideacity conference is pitched as a cheaper version of TED, however, it’s a completely different experience. You’ll learn about people and ideas not typically shown in Canadian media, because well, they are American and they have strange yet not late-breaking “news.”  ideacity is also as much about the speakers as it is about the attendees and hospitality. Even the likes of Mary Poppins would have appreciated the level of detail that went into the event, from the catering, number of helpful staff, the cozy atmosphere, and classy lounge feel. If you own a small business and are looking to launch, take notes.

Mike Merril – he’s the world’s only publicly traded person since 2008. This isn’t a joke or short-term stunt either, you can literally sign up to buy shares of his life here www.kmikeym.com. With enough shares, you can have a say in his social, business and personal choices. If you’re interested, as of today he’s priced at $13.25 a share, up $0.75.

Amy Webb – is a bonafide crazy relationship lady. She was so obsessed with finding the one that she created a relationship algorithm. Her dates were strategically calculated and graphed within a serious point system. You can be off put by her Sheldon Cooper style of nuttiness, but it worked as noted in this Toronto Star story back in Valentine’s Day. Amy’s biggest piece of advice during her talk, “Women, be picky.”

Daniel Bell – I’ve never heard of him either but that’s likely because he’s been in China for a very long time. To those in the know, he’s best known for making waves for his praise of China’s meritocracy. The reason? He acknowledges that the system is riddled with corruption, however, being from “a very corrupt city (Montreal), he see’s how a corrupt system can work for it citizens. In China, the leadership system is built on a foundation where leaders have to be highly educated and experienced to be capable of growing into their roles. We can’t say the same about Toronto or Montreal. The other reasons why you should at least Google Daniel include, Conrad Black did a commemoration speech using his research and he has more designations that a typical room filled with people, enough said.

Robert Sawyer – This guy loves science fiction, so much so that he should be considered as a cohort with Adam Savage and Jamie Hyneman of MythBusters. His general enthusiasm is infectious, but so is his messaging. According to Robert, the coolest, most innovative ideas come from science fiction. Like the concept of quantum computing and laser pointers. So yes, he’s a huge advocate for Star Trek. Most importantly, he mentions how science fiction allows us to experiment with the upsides and downsides of technology. Learn more on his blog www.sfwriter.com.

Conrad Black – You may dislike the man for his fraudulent past, but for all intensive purposes he’s more educated, eloquent and opinionated than me and you put together. His talk focused on the implications of media involvement in politics, namely that “Media destroyed Nixon.” Needless to say, he’s got one heck of an opinion, which you can read via his National Post column. His best advice of the night: “You have to start somewhere.” A great piece of advice for small businesses.

What You Didn’t Miss

ideacity and events like it do not come cheap to attend.  For a full access pass to the three day event, it costs $4,000 per person, plus tax. However, if you can find your way to one using friends of friends, via your employer or sheer ingenuity, I highly recommend it. Especially for entrprenuers and small business owners. The biggest benefit of these events isn’t just in the knowledge and experience of seeing some amazing people talk about cool innovations, it’s the chance to meet them in person. And for those of you that attended this year and left early, you missed out on prizes of up to $14,000.

Everyone has a story. If you are doing something you think should be shared with the world, let us know!