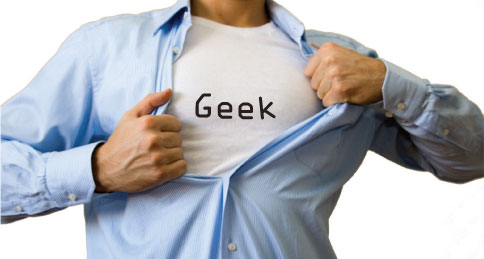 “Everything is amazing right now, but no one is happy” is a notorious quote by Louis C. K.. Indeed, everything is awesome. So much so that it takes companies coming up with something truly groundbreaking to capture our attention and hard earned pay.

Over the past two years, it feels like there hasn’t been many things worth dropping a lot of money on.  That next big thing.  Apple and Microsoft do their very best to get the public all pumped up for their next swanky launches. Conferences like E3, CES and WWDC require serious investment.  Yet with the lack of truly new innovations being unveiled, it’s beginning to feel a bit like the boy who cried wolf.

On the flip side, startups and small businesses around the world have been steadily rolling out cool new ideas, with nearly instantaneous gratification.  The folks at Kickstarter seem to have the whole e-model for raising capital for cool stuff, down to an art.  Along with other startup innovation-focused websites like Etsy, IndieGogo, Quirky, and Bandcamp.  What they all seem to have in common is their small teams of truly passionate people taking action.

People like Ian Webster. Ian is best known as the brains and coding brawn behind Asterank 3D; an astronomically accurate interactive visualization of the inner solar system.  Last month Asterank 3D was bought out by a Google-backed asteroid mining startup called Planetary Resources.  You may have seen their team’s recent Kickstarter campaign looking to fund the first publicly funded space telescope.

I was lucky enough to catch up with Ian this week in line with his visit to Toronto for the upcoming ideacity conference. Ian is one of the 50 geeks set to speak, alongside Don Tapscott, Conrad Black and Cody Wilson.

With his recent successes, I wanted to hear his take on how to create innovative technologies:

“I often create things out of personal need, but there’s always an intersection of interesting new tech and something that is useful. Essentially, build something that people need, even if they don’t know they need it yet.”

Is it me or does that make too much sense? I hope Apple is listening.

I was also keen to hear what life lessons he could share with fellow entrepreneurs:

“There is no end to great ideas, but the missing key is taking action.  I don’t use complex processes. I just do it. People with great ideas get afraid to jump in. The best way to get something done is to power through it and not get bogged down in the details.”

From my own experiences, if you spend all your time planning, collaborating, and getting sign offs, eventually someone is going to come along and take your idea.  You may have the best team, best resources and even IP, but if there is a will, there’s always a way for someone else to do it. With Ian as a perfect example, a coder who can sit down in one weekend to come up with something as amazing as Asterank.

With the work of entrepreneurs like Ian and all the other everyday geek heroes out there (maybe even you), a new bar for innovation has been set. One with a global impact on entrepreneurs and big corporations.  With this kind of pressure to innovate, someone is bound to finally come up with the hoverboard from Back to the Future, eventually.

The future of tech is changing. Do you think big tech companies will continue to move too slow, too out of sync, to be able to keep up with the innovation of startups? What are the chances of Microsoft or Apple coming  up with the next big thing again?