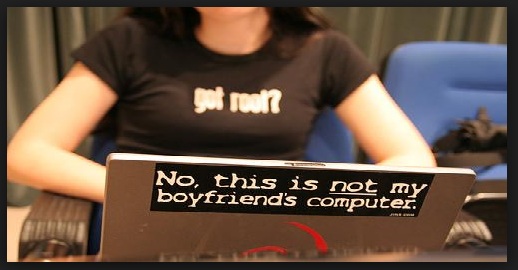 When I guest lecture at universities and colleges, I am exposed to classes where at many times over 50 per cent of the students are women in business and law and I have been told the same exists in the medical field. Many of the smartest people of this generation are women. These statistics don’t transfer to the entrepreneurial field as when I go to entrepreneurial events 80 per cent plus of the participants are young males with the majority between the ages of of 22 and 32. Many times these events make you feel that the “Old Boys Club” (pale, male and stale) has resurrected itself within the millennial generation.

Where have all the female entrepreneurs gone?

When I meet female entrepreneurs I see very strong leaders who are focused on their business such as Joanna Duong of Henkaa who in three short years grew her company to profitability and a no. 15 ranking on Profit Magazine’s Hot 50  – Canada’s Top New Growth Companies. My research tells me when women apply themselves to business they are better leaders, more applied in their thought process and are faster to execute. Through the hundreds of businesses that I have witnessed pitch to Maple Leaf Angels in the last year I consistently see that to be the case.

A new study by Royal Bank of Canada economist Laura Cooper shows women were majority owners of only 15.6 per cent of all small and medium-sized businesses in Canada as of 2011, an increase from 14.9 per cent in 2007 and 13.7 percent in 2004. In an article written by Janet McFarland of  The Globe and Mail, Ms. Copper said Canada should increase the appeal of entrepreneurship for women with access to female entrepreneur networks and promoting female role models, saying it could add a huge boost to the economy which sees 40 per cent of its gross domestic product come from small and medium-sized businesses.

I believe education institutions have a larger role to play where more role models should be identified in the STEM subjects and women entrepreneurs that have achieved success and profitability should be profiled in both our universities and high schools where young women are starting their self selection process for subjects that will enable them to advance in the areas of Science, Technology, Engineering and Math. This academic base along with a healthy understanding of risk are some of the building blocks of successful entrepreneurs.

Since many Venture Capital investment decisions are controlled by men there does not seem to be healthy understanding of the role women play in innovation. I have anecdotally heard several women CEOs report that Canadian VCs asked them how many men are on their founding team and are often dismissive when they learn there are none. Malavika Kumaran reports in a MaRS Study that of 329 executives in Venture Capital in Canada only 15.5 per cent are women. Jennifer Reynolds President of Women in Capital Markets (WCM) tells me that WCM are trying to profile Venture Capital as a career choice for young women. She also says “It is sad that more women don’t come through the doors of a VC firm looking for investment.”

There are many other attributes that can be developed in women as well. In an article in The Financial Post “How to raise a Big Shot” Melissa Leong points out several attributes of the 100 highest-earning CEOs on the TSX Index that include: Get her to the Green, golfers earn more than non-golfers and networking is instilled as a basic skill, cultivate her curiosity, encourage her to join the debating team, find your daughter a career and life mentor at a younger age, enrol her in confidence building programs such as Outward Bound, encourage competitive activities for her, ensure math is a focus of an academic curriculum and have her participate in activities that require your daughter to engage with new and interesting people earlier in life. There is no assured outcome; however, the statistics speak for themselves of the characteristics of successful and entrepreneurial people.

Maple Leaf Angels a Toronto based angel group are doing something about it. In partnership with CanWit and Women in Capital Markets held a event the 2nd annual Power of Women in Technology in October where qualified women led businesses pitched for investment to a group of over 45 accredited investors.

There are many women’s groups that are championing this cause in addition to CANWIT and WCM. Organizations such as Making Sh*t Happen through its founders Sheena Repath and Audrey Davidson are enabling other women to bring together the best of networking, social media, personal coaching and passionate earning to empower today’s savvy women to keep creating and building the ultimate business. I want to ensure this debate continues and the environment for female entrepreneurs improves dramatically  in Canada and if my daughter doesn’t benefit today maybe my granddaughter, Ava Alexis will.

By way of disclosure I am Chairperson, Board of Directors of Maple Leaf Angels Corporation and serve on the Investment Committee of Mount Saint Vincent University a Halifax university with a strong history of educating women and men alike.