It is time for cruise lines to recognize that technology is important for cruise passengers!

I just finished a voyage through the Panama Canal with a large cruise line (which shall remain nameless) and had a lovely time. The staff were excellent; the technology to support passengers less so.

The worst part was the internet connection: accessing the world wide web on my ship cost an average of 40 cents USD per minute (sold as a time plan for between 100 and 1000 minutes), and each time I connected, between five and eight minutes had passed before I had connected and downloaded my emails. Not open them, mind you, just download them in the first place.

Meanwhile, it took almost seven minutes to bring up the Air Canada site.

And don’t get me started on Skype.

On one hand, it’s understandable that connections would be slow on the open seas. However, at ports or near the shore should have had much better reception. Someone who sees the glass half full might also suggest that my ship was built a long time ago, before connecting to the internet was important – but the ship I rode was refurbished in 2016.

No, in this case I’m inclined to listen to my cynical side, which puts this in the category of Things Cruise Ships Do To Increase Revenue.

If the cruise line does consider internet additional revenue, however, it is a short-sighted choice. Large groups of passengers responded by turning down the port tours offered by the cruise line, visiting restaurants and other free WiFi providers at the ports to use their internet instead.

I see two ways cruise lines could improve their service: offer free WiFi on the ship at ports so that passengers can take advantage before or after their tours; or offer free internet access for a slightly higher fare.

In case you think I am being too demanding, one of my friends just came back from a river cruise on the Mekong River, which runs through China, Myanmar, Laos, Thailand, Cambodia, and Vietnam, and she had free internet access on that boat all the way up the river to Siem Reap, the Cambodian resort city best known for Angkor Wat.

The company behind her cruise even hired a designated “internet expert” to help out passengers if they had any difficulty accessing the web. No such help was offered on my cruise.

I don’t mean to solely be the bearer of bad technology-related news: the ship’s app did an excellent job of listing the day’s events, tours, menus, and account status, for instance. If only one didn’t have to sign-in several times per day… 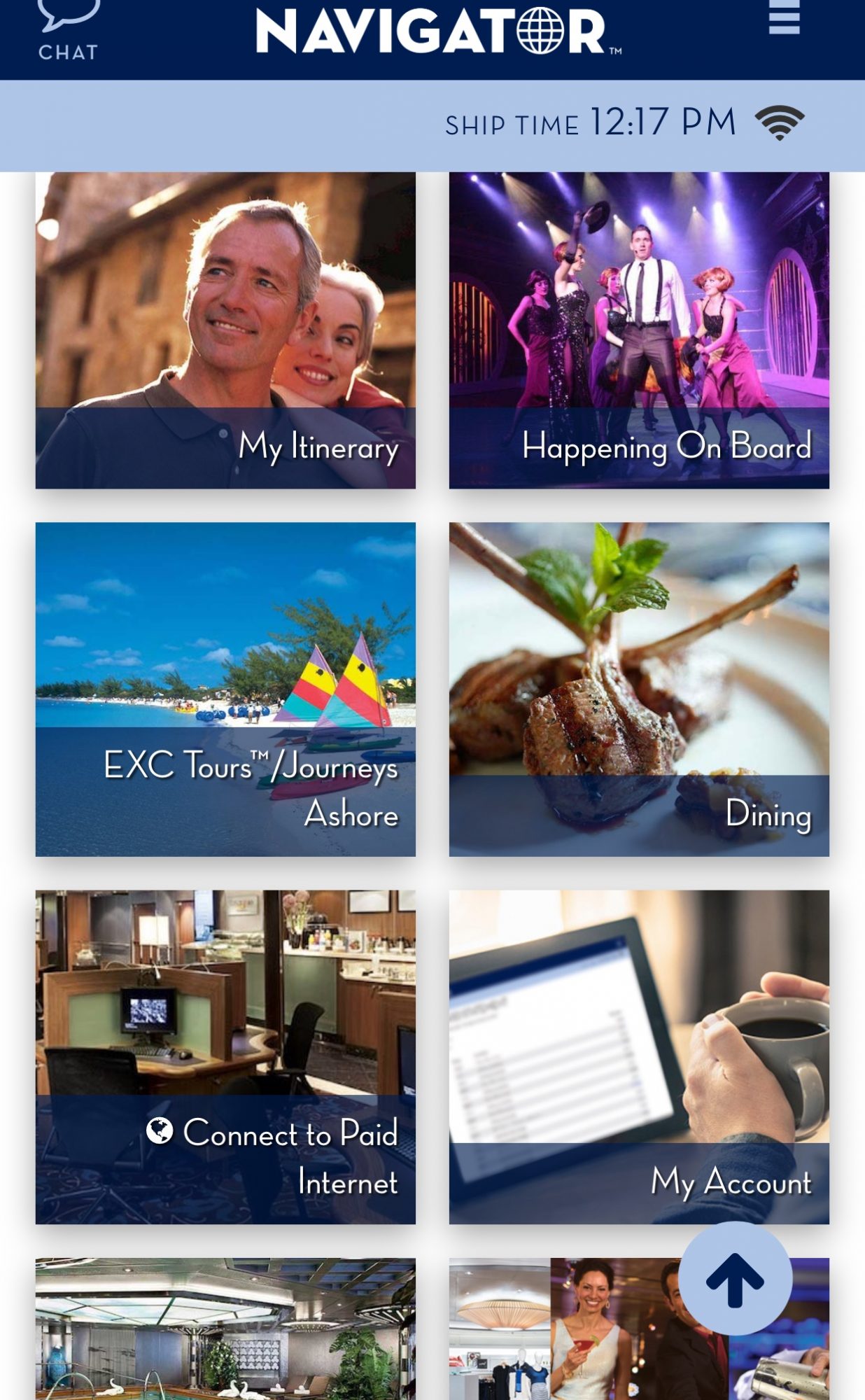 Another nice idea this cruise line had was to subcontract Windows workshops to Microsoft, which supplied the instructor and all equipment. These courses were very popular, and passengers (mostly 50 years or older) lined up for the 40 or so spaces available for each course. Lots of different workshops were offered, including: 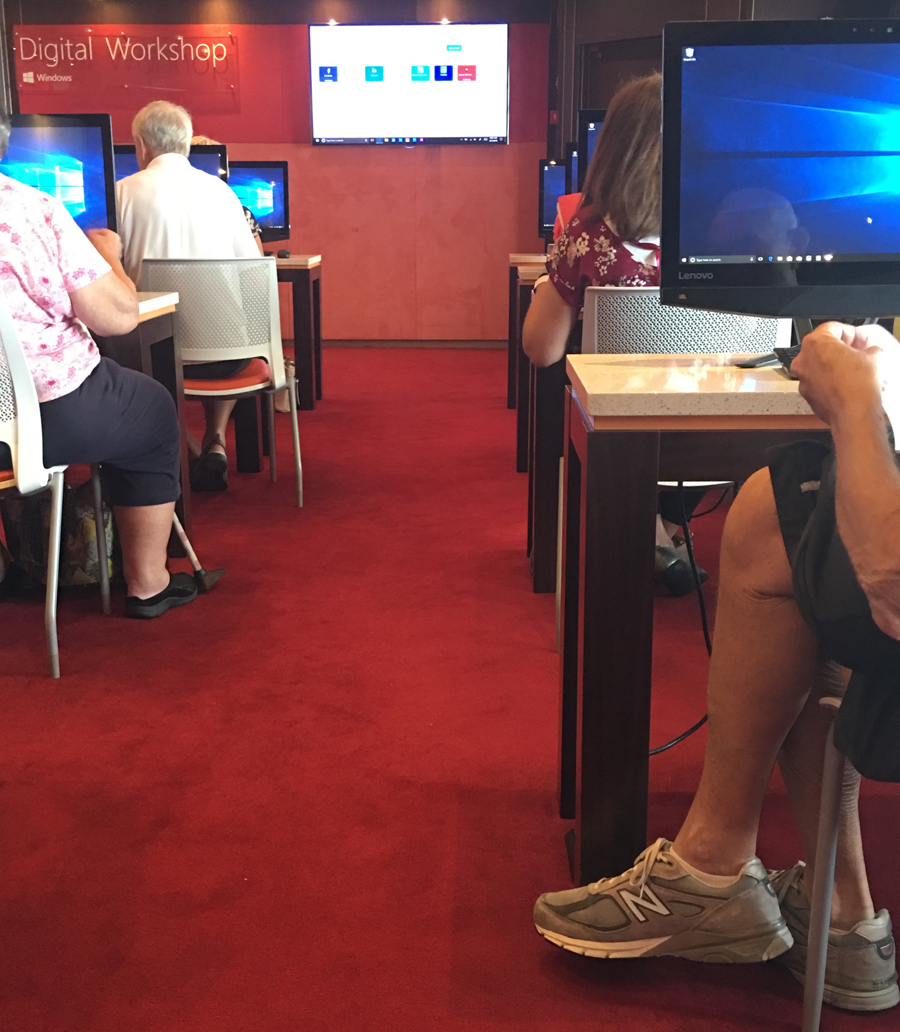 Each stateroom also had a USB port next to the bed, which was much appreciated by people (such as myself) who wanted to use their smart phones for alarm, flashlight and entertainment.

Overall, however, my experience was a lesson in the fact that it’s long past time for cruise lines to wake up to the fact that the vast majority of passengers want – and, at times, need – to keep in touch with their family and friends. In this day and age, anyone who can afford a cruise should also rightly expect to be able to receive email and access the web during their voyage, and to do so on a reasonably priced, speedy connection.

The next cruise I will look at will be with a company that shows they have finally entered the internet age and are enabling passengers to do the same.