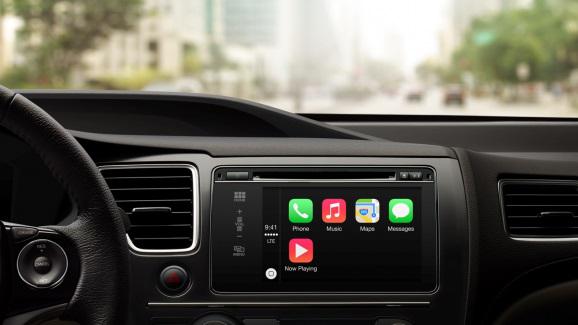 Primarily, Apple CarPlay offers multiple advantages to drivers and it might directly affect insurance premiums. By combining a driver’s mobile device and car dashboard, it becomes less time-consuming to fiddle with both. Also, with the technologies offered by iOS apps, a car with CarPlay can become much “easier” to manage. It might be the best time to do some auto insurance comparison if you are looking for a new CarPlay-enabled car.

For example, using voice commands and dictations that the iOS has can save the driver a lot of time and his much-needed attention on the road. And ultimately, insurance companies might see this as an opportunity to lower insurance premiums for drivers with CarPlay-enabled vehicles and iPhones.

Apple’s CarPlay is a telematics standard that allows iOS-operated devices, such as iPhones and iPads, to function with the built-in computers/dashboards in vehicles. As of now, the iPhone 5, 5s, and 5c are useable with CarPlay. It is similar with Android Auto. In effect, it will be like extending your car dashboard’s capabilities and vice versa.

A few of the iOS functions that can be used in CarPlay integration are iMessage, Music, Telephony, SatNav (Satellite Navigation), and Siri. With this standard, it will be much easier for drivers to control both their iDevices and cars. On the other hand, app makers are slowly turning their attention to creating programs that CarPlay and its users can take advantage of.

Car manufacturers are making their new cars capable of CarPlay. After all, most cars’ computers and dashboards run under Blackberry’s QNX. A few of the manufacturers that have immediately responded to this new tech are Ferrari, Mercedes-Benz, and Volvo. Other automakers like Honda, GM, Ford, and BMW are following suit.

Despite the possible convenience of this new technology and the iPhone, it is too early to tell if drivers will truly benefit from them. Voice-commanded vehicles have been around for a few years; however, according to research, only a few motorists even bother to use this function. Some still rely on their hands and eyes to control their car’s dashboards.

After all, this update on technology will make Americans, and most of the people in the world, change the way they drive. And it is unfortunate that most people are against changes. You can still see drivers holding their phones to talk while in front of the wheel. Typically, they do not even use the voice command features of their vehicles. They will still look at their dashboards and drive like they used to.

Some experts have negative opinions regarding CarPlay or even the concept of telematics and phone. The easiest and simplest solution to reduce driving accidents is to remove all distractions while driving. Despite CarPlay allowing drivers to use their phone and manage their cars’ dashboards using voice commands or a mobile phone’s screen, having an active or powered mobile phone in a car is still considered as a distraction.

With the implementation of telematics, people will be encouraged to believe that it is perfectly safe to use a mobile phone while driving. And this is one driving factor that hinders insurance firms in considering cars with CarPlay in lowering premiums.

A bit of trivia: According to statistics, almost more than 3,000 people have already died because of the use of cellphones while driving in 2012. In addition, more than 421,000 were injured drivers.

On the other hand, telematics such as CarPlay can also help insurers get more data about their members. The data that they can acquire can make it easier to determine the amount of risk the specific driver has when driving. The usage of such data and telematics will be discussed in the annual Insurance Telematics USA that will happen at Radisson Aqua Blue, Chicago. A few insurers that will be involved in this event are Liberty Mutual, MAPFRE, American Family Insurance, Progressive, The Hartford, and many more. Renowned car manufacturer companies are also attending the event such as Volkswagen and Ford.

As of now, most CarPlay-enabled cars can connect to mobile phones using Apple’s Lightning Connector. Newer cars come with wireless protocols that will allow the use of mobile devices in CarPlay.

However, be reminded that this technology is not yet well-polished. Despite the advantages it can provide to users, CarPlay does not equate to road safety and the legality of using a phone in a car. In most cases, CarPlay only serves as a fancier way of driving while using a phone. And it is this same reason that insurance companies are playing safe with their current standard premiums.