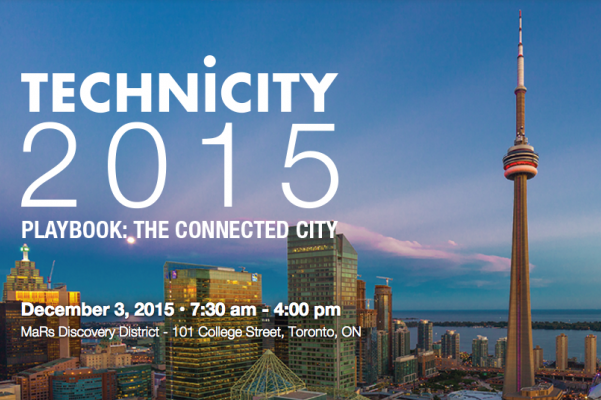 Polling the connected city’s tech leaders
IT World Canada and the City of Toronto are looking forward to our annual Technicity event coming up Dec. 3. This year’s theme examines how the Internet of Things is playing a role in connecting the city and contributing to its digital infrastructure. The IoT era is a chance for Toronto to build on its brand as a “smart city.” But how could that impact on the companies based in the city? Ahead of the event, we reached out to executives of leading technology firms with headquarters in the city. The question we asked: “How important is it to you that your headquarters be based in a “smart city” and did that factor in your decision to choose Toronto?” How they responded might surprise you – plus, a little peek at their office space. 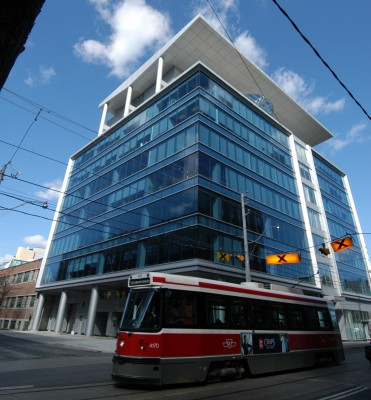 Cameron Dow, president SAS Canada – 280 King Street East, Toronto
“A smart city exemplifies innovation and livability; that combined with Toronto’s multi-sector strength, highly educated workforce, and a driving economic and financial engine made it an ideal location for our Canadian headquarters. As the analytics leader, SAS is invested in helping cities use analytics to save money and improve services and quality of life. Analytics are truly central to smart city initiatives, as Mayor John Tory recently echoed in his commitment to ease congestion with the ‘power of big data.’ Given SAS’ role in big data and analytics it makes perfect sense to be located in the centre of the largest, most complex city in Canada. A ‘smart city’ that is clearly committed to turning data into actionable information to drive down costs and raise up services and infrastructure.” 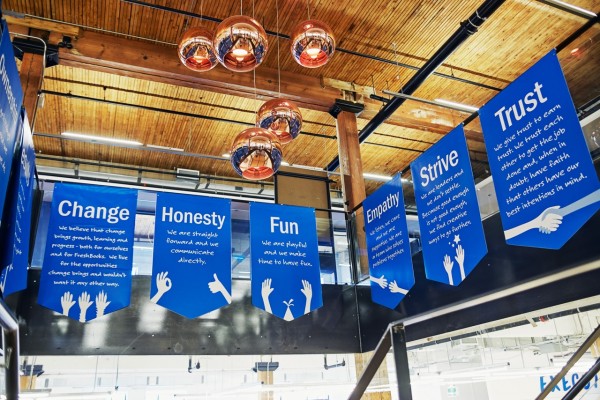 Mike McDerment, CEO & Co-founder, FreshBooks – 1655 Dupont St., Toronto
“Our goal is to be an anchor tenant in Toronto. At FreshBooks, we want to build a global company that really contributes in some meaningful way to the city. The old challenges of not having enough VC money and networks are changing. The money is shameless — it’ll just follow the opportunities. There’s a myth that Canadian tech companies need to relocate to Silicon Valley to grow into major competitors, but cities like Toronto offer compelling reasons to stay. Our schools and talent pools are world-class. We should be using the Valley as inspiration to create a thriving tech hub right here in Toronto. I don’t see why Toronto can’t beat Silicon Valley.” 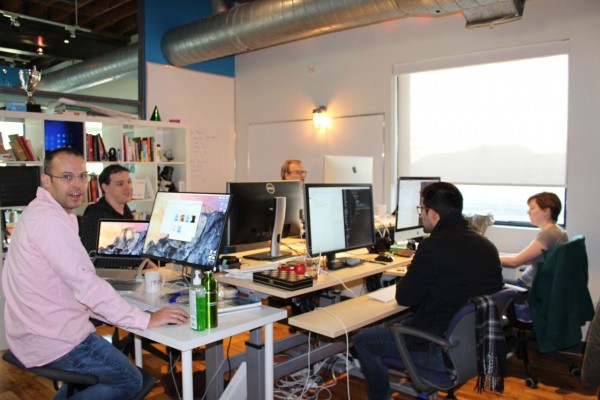 Mark Organ, CEO, Influitive – 191 Niagara St., Toronto
“Silicon Valley isn’t the only place to start and a grow world-class software company. I chose to build Eloqua and now Influitive in Toronto for three reasons. 1) After travelling the world and spending a few years living abroad, I still believe Toronto is the best city in the world in which to live, work and raise a family. 2) There is competition for talent in Toronto, but it doesn’t come close to the war for talent in Silicon Valley. 3) Toronto is a truly global city. Influitive’s 140 employees come from all over the world and speak more than a dozen different languages between them, which means we are well-positioned to expand outside of North America. Through our ‘glocal’ network, we’ve attracted interest from investors in Canada, the U.S., Israel, Japan, Australia and Singapore.” 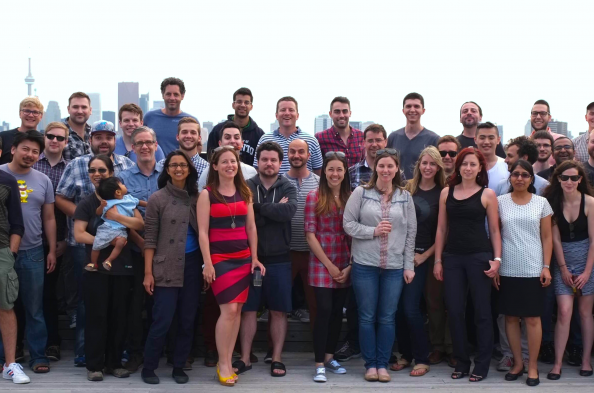 Kirk Simpson, CEO and co-founder, Wave (waveapps.com) – 235 Carlaw Ave.
“A smart city begins with its people, and relies on infrastructure. Wave’s birth, growth and success could not have happened without access to Toronto’s great talent, fed by the city’s growing tech industry and institutions like the universities of Toronto and Waterloo. Next comes the obvious: It’s a digital world, and to play on an international stage we need connectivity, speed and reliability in our digital networks. But “smart” doesn’t end there. Our technology professionals could work anywhere they choose, so quality of life in Toronto is just as important as the tools of the trade. Transportation, recreation, and all the factors of a vibrant city impact Wave’s ability to hire the best of the best, because without these factors the next generation of innovators will move elsewhere.” 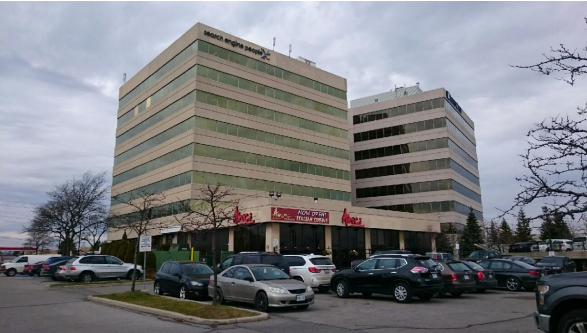 Jeff Quip, CEO, Search Engine People – 1305 Pickering Parkway, Pickering
Search Engine People (SEP) thrives on being headquartered in a “smart city” such as Toronto. There are very few places in Canada where you have access to resources such as incredible talent from top quality schools, along with connections to leading experts, industry insiders, and entrepreneurs. These qualities alone support the very essence of our business, and help us stay on top as industry leaders. Being at the center of Canada’s technology hub is like having a front row seat to the greatest show in town. It allows us to stay at the forefront of this ever evolving industry, and it excites and energizes our team to generate the best possible outcomes for our clients. 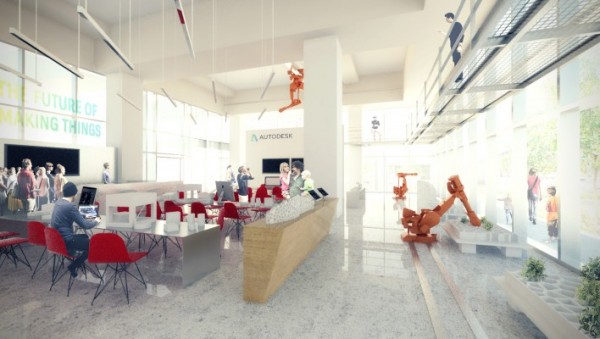 Ramtin Attar, CTO, Autodesk Research – MaRS Discovery District, Toronto (coming soon)
Autodesk’s business uniquely spans across multiple industries. Our future is becoming increasingly multi-disciplinary that leads our demand for greater connectivity to diverse talents and creative collaborations. Smart cities are the new global capitals for growth and new investments by connecting people, places, and enterprises. Therefore, as a knowledge intensive company, we are becoming increasingly urbanized and city-savvy. Toronto’s existing networks and qualitative values have played a decisive role in expanding our potential to share innovations locally, collectively address technical challenges, and ultimately grow our competitive edge. We believe that a dynamic, liveable, and connected city leads to more a creative ecology that will positively impact our future as a company. 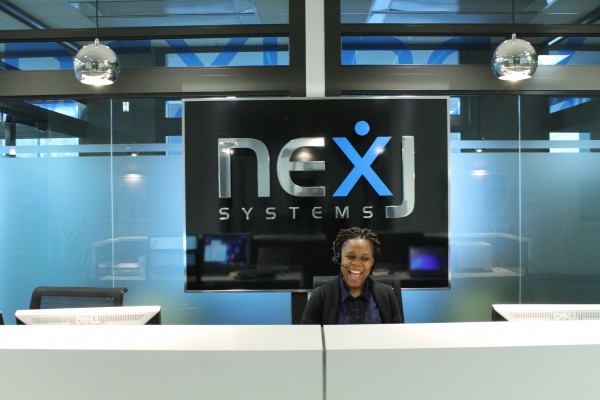 Matthew Bogart, vice president of corporate communications, NexJ – 10 York Mills Rd., Toronto
“Toronto’s location in Southern Ontario places it at the centre of a continuously refreshed talent pool that includes students and graduates of world-class universities, as well as thought leaders in the software industry. A sophisticated network of public transit and highway systems enables employees to live throughout the GTA and commute easily. NexJ’s headquarters building features a subway station, two bus terminals for local and suburban transit, and a major highway within a kilometre’s drive. At the same time, Toronto’s extensive technology infrastructure ensures distant employees can telecommute at any time.” 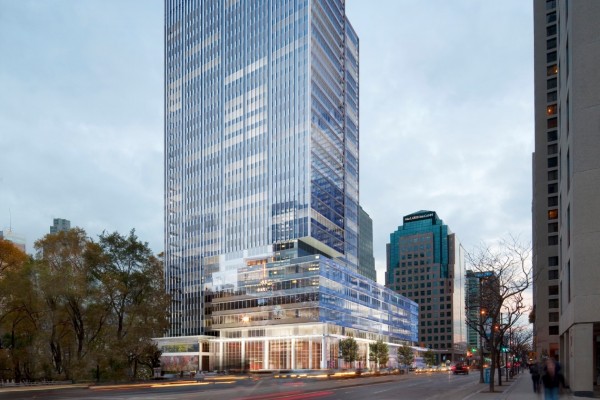 Rick Huijbregts, managing director, digitization and solution acceleration for Cisco Americas – RBC WaterPark Place 3, Toronto
Cisco’s goal when building our new Canadian headquarters (with Oxford Properties and EllisDon) was to create the first commercial high-rise project in the Americas to deploy a Smart Converged Building Network: a world-class smart building, with a single, converged IP network. It was designed with technology as the platform to enable personal control, collaboration and sustainability awareness. We wanted to provide employees with innovative technology such as Power over Ethernet lighting and HVAC controls, and cutting edge collaboration tools. But also we wanted the building to serve as an industry benchmark for smart buildings in Canada and around the world. In January we will open our Toronto Innovation Centre, one of just nine worldwide and the only one in North America.

Find more information and register for Technicity on Dec. 3 at the MaRS Discovery District in Toronto.