Secrets of Salesforce, FreshBooks, and other tech stars on the 2018 list of Best Workplaces in Canada 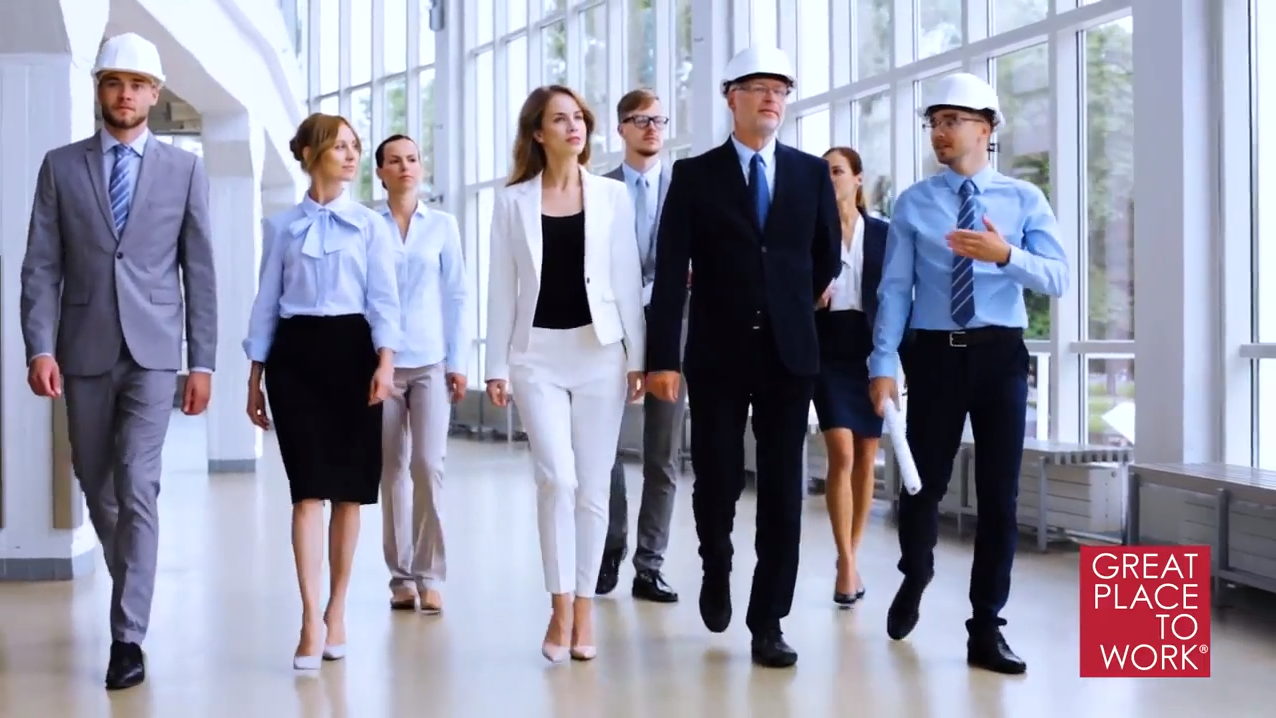 Certification agency Great Place To Work Canada has released its annual Best Workplaces Canada list, and as usual tech made a strong showing, with 15 of the top 30 companies – the top 10 businesses in each of the three categories measured – operating in the tech industry.

Each of the winners, including Salesforce, Freshbooks, and Intuit, landed on the list after being praised by employees who fill out Great Place To Work’s confidential Trust Index employee survey, a series of 58 questions that measures levels of trust, pride, and camaraderie in workplace relationships and accounts for two-thirds of a company’s score. Participating organizations must also complete a “Culture Audit” detailing their policies and practices, which accounts for one third of their score. 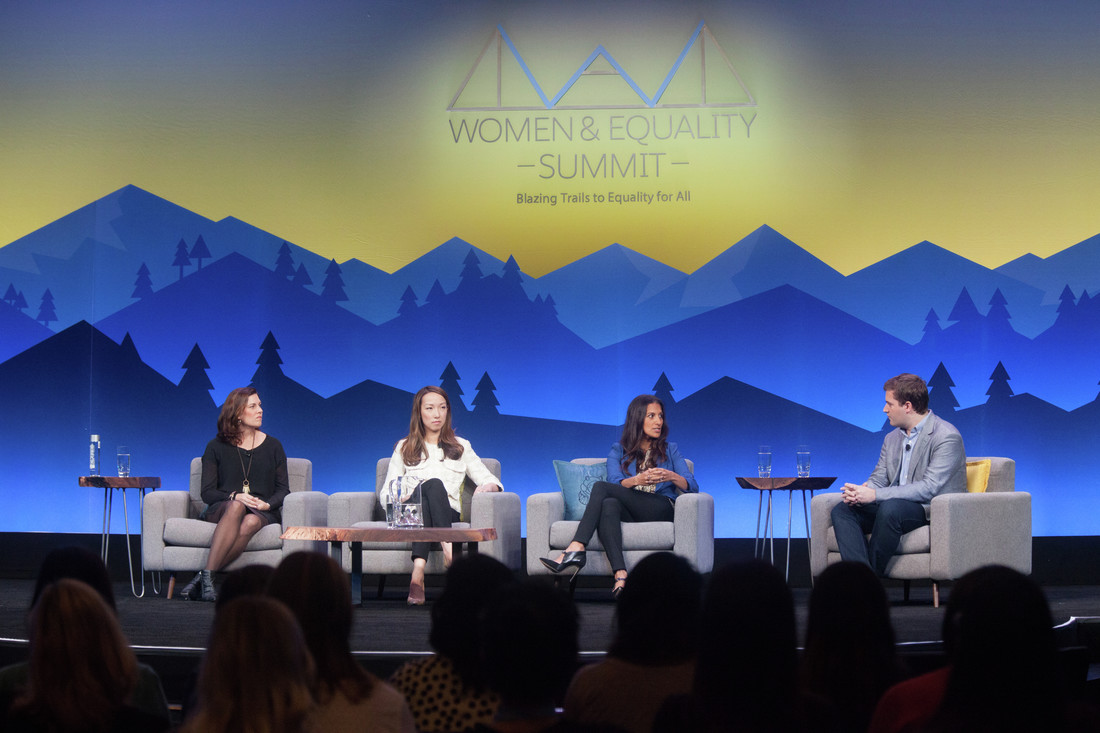 The winner: Salesforce
Rank: #1 among companies with more than 1000 employees

In the CRM giant’s case, its win is hardly a surprise, especially in the era of #MeToo: Salesforce’s team includes a Chief Equality Officer whose job is to lead the company’s efforts to build a more diverse and inclusive workplace, which last year included committing approximately $3 million USD to address the company’s gender pay gap.

The winner: Ultimate Software
Rank: #2 among companies with more than 1000 employees

“We find that in tech companies, more so than in other industries, employees really feel heard and supported and cared for,” Grenier says. “They’re not micromanaged, so they bring their best to work, and feel empowered to do their jobs.”

The company recently implemented a new, year-long role-rotation program to provide job enrichment, skill development and to give employees the opportunity to explore alternative career paths within their department, she says. 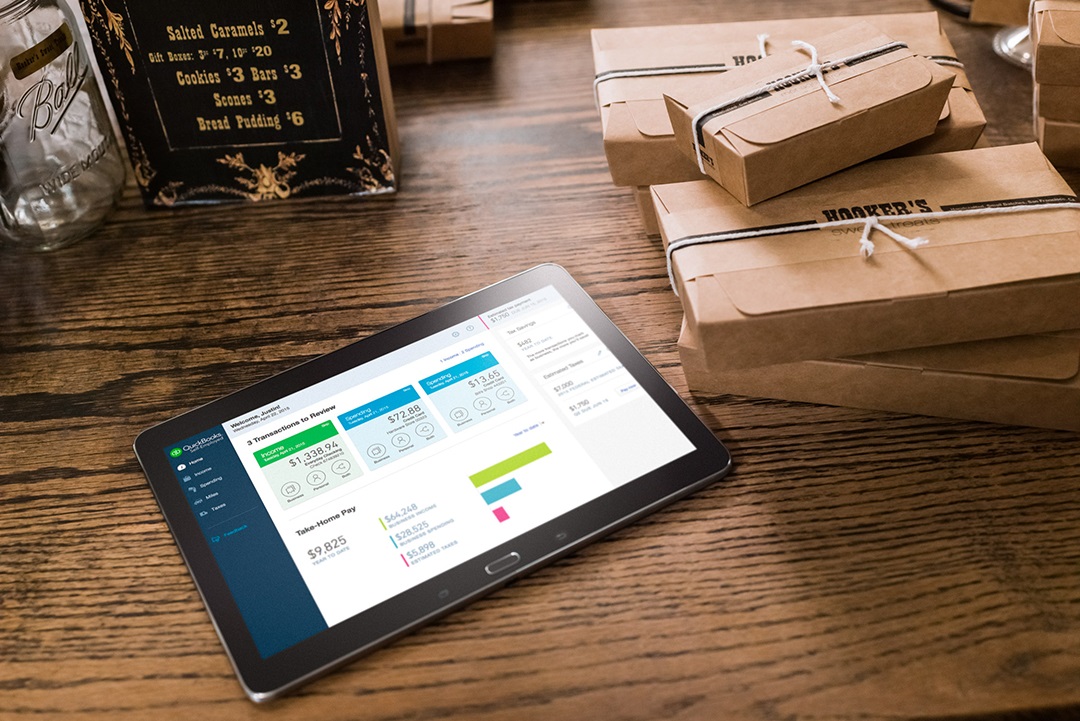 The winner: Intuit Canada
Rank: #5 among companies with more than 1000 employees

“Intuit is what we call a Great Workplace Legend, having been on the list of Best Workplaces in Canada for 10 years,” Grenier says.

The Mississauga-based tax software developer welcomes new employees with a special breakfast in which they dine with president and CEO Jeff Cates himself. Not only does this set a tone for the company’s culture, Grenier says, it gives senior management and employees an immediate opportunity to learn from each other. 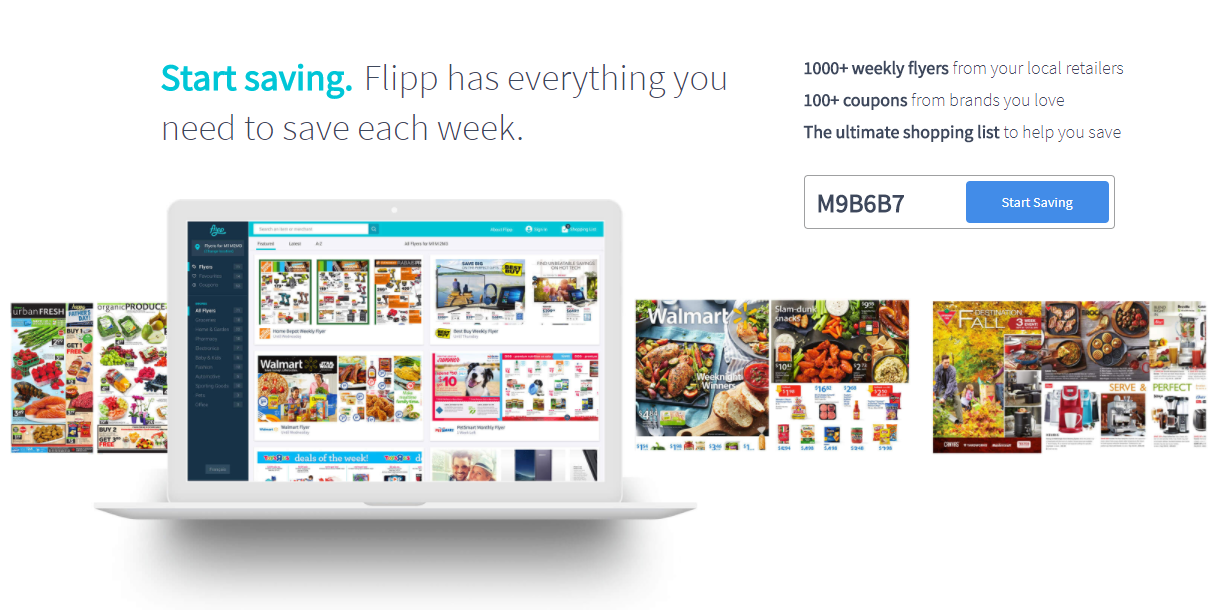 The winner: Flipp
Rank: #3 among companies with between 100 and 999 employees

This Toronto-based coupon app developer offers full-time employees a six-month sabbatical leave that gives them the opportunity to achieve lifelong goals while knowing their job is waiting for them when they return, Grenier says.

The winner: The Peer Group
Rank: #4 among companies with between 100 and 999 employees

To promote gender equality and bring balance to the number of men and women on staff, this Kitchener, On.-based factory automation software developer interviews every qualified woman who applies for an advertised engineering position. 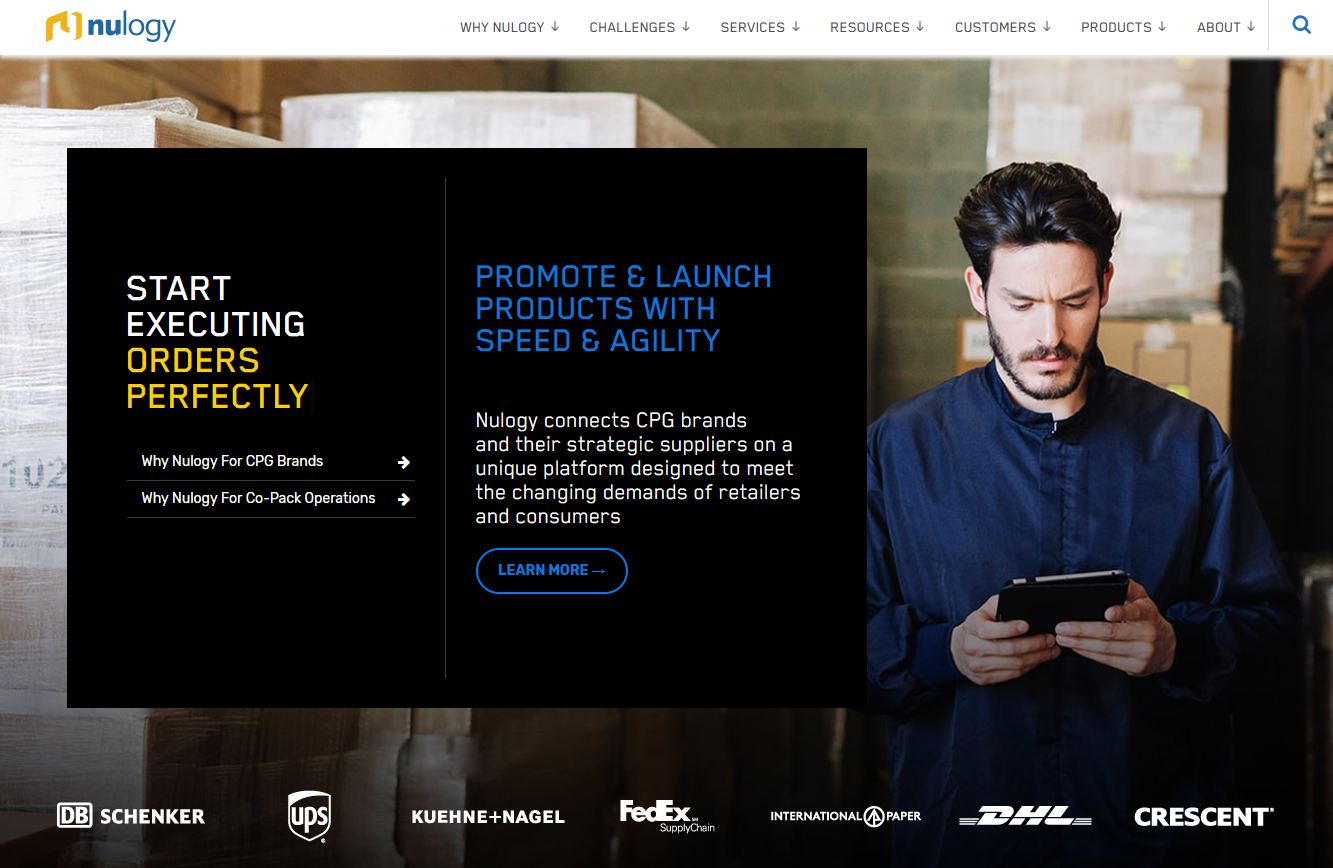 The winner: Nulogy
Rank: #5 among companies with between 100 and 999 employees

This retail platform developer understands that work is a marathon, not a sprint, Grenier says, which is why it offers employees an unlimited, paid vacation policy that encourages work-life balance and strong long-term performance.

The winner: Axonify
Rank: #6 among companies with between 100 and 999 employees

This Waterloo, On.-based “microlearning platform developer” encourages employees to get to know one another through regular mix-and-mingle events and by encouraging staff to book lunch with a colleague they don’t know once per quarter and expense the meal. 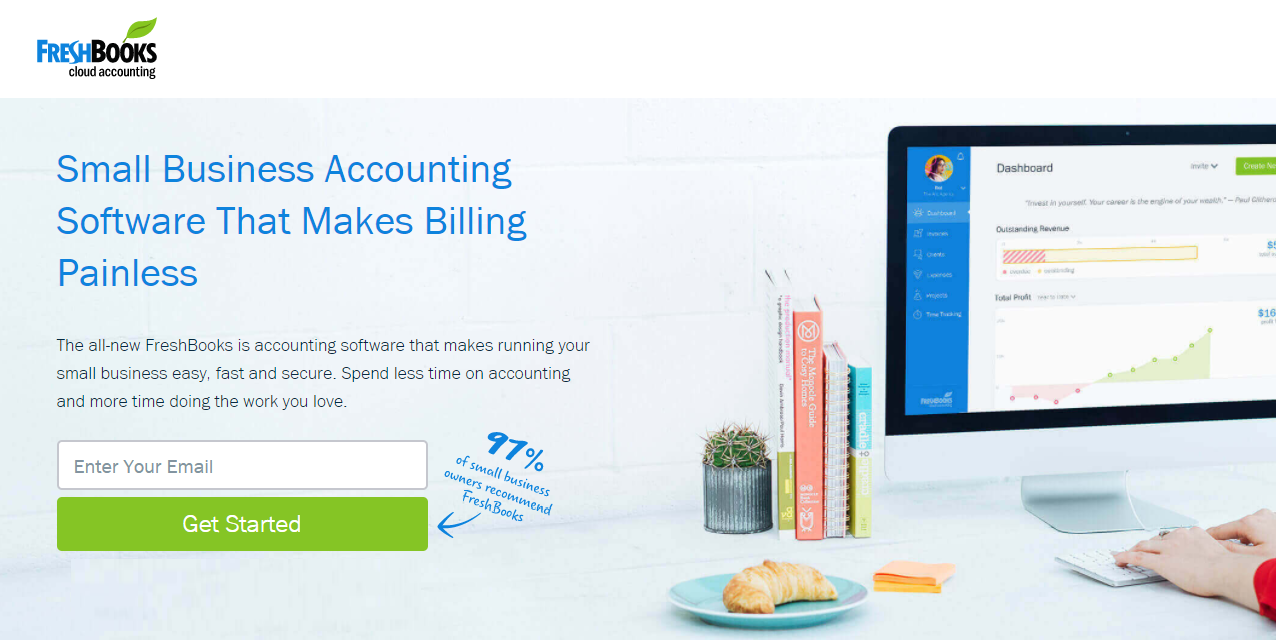 The winner: FreshBooks
Rank: #7 among companies with between 100 and 999 employees

After four weeks of intensive training, new employees at this Toronto-based accounting software developer graduate from FreshStart, the company’s in-house training program, complete with a diploma covered in comments from the customers they’ve helped and personalized messages from the company’s support team. 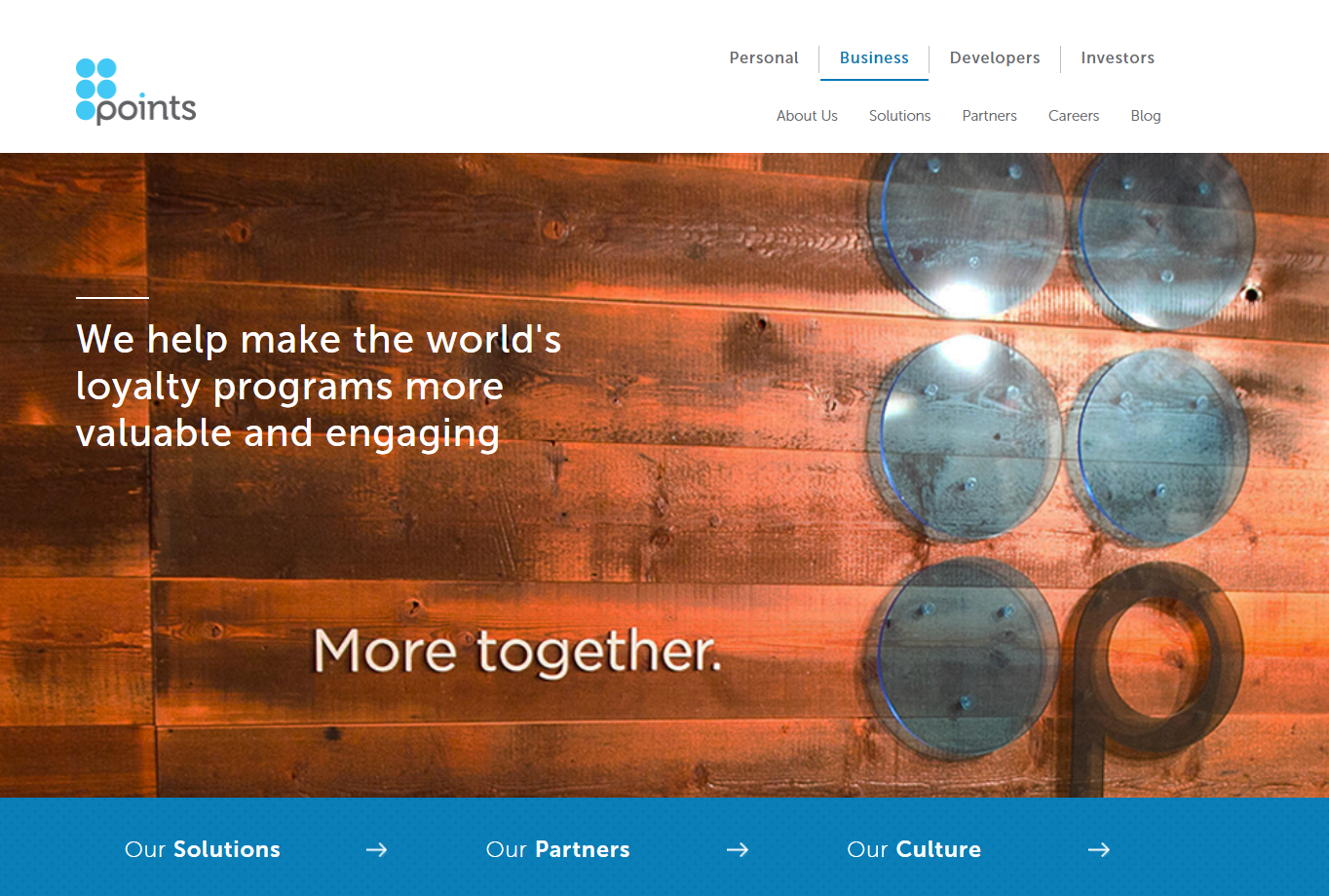 The winner: Points International
Rank: #8 among companies with between 100 and 999 employees

Each team at this Toronto-based loyalty commerce platform developer has a hanging sign that identifies its space in the company’s open-plan office, with playful taglines such as “Marketing: I’m with the brand” or “Human Resources: Here, everything’s personnel”. 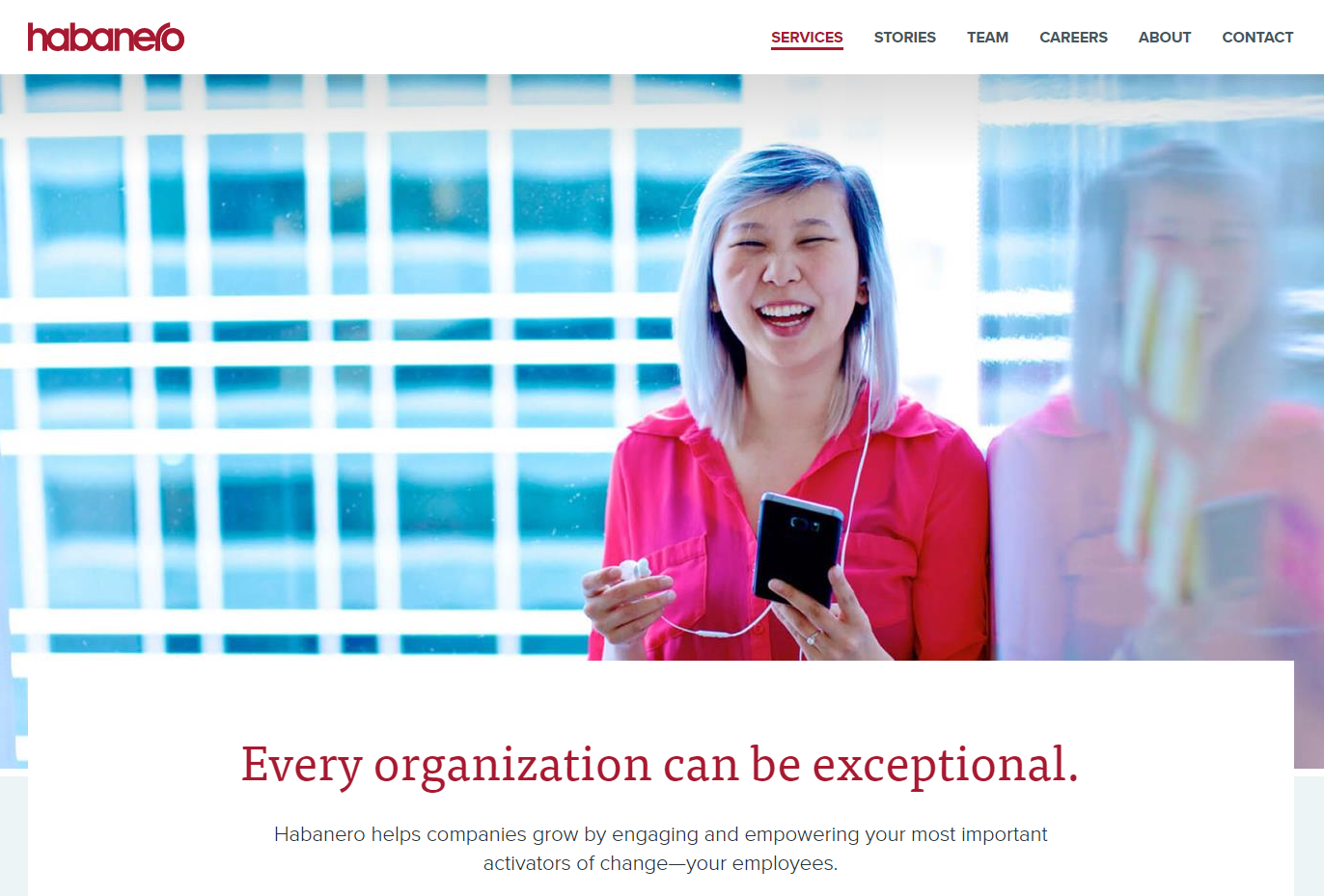 The winner: Habanero
Rank: #1 among companies with fewer than 100 employees 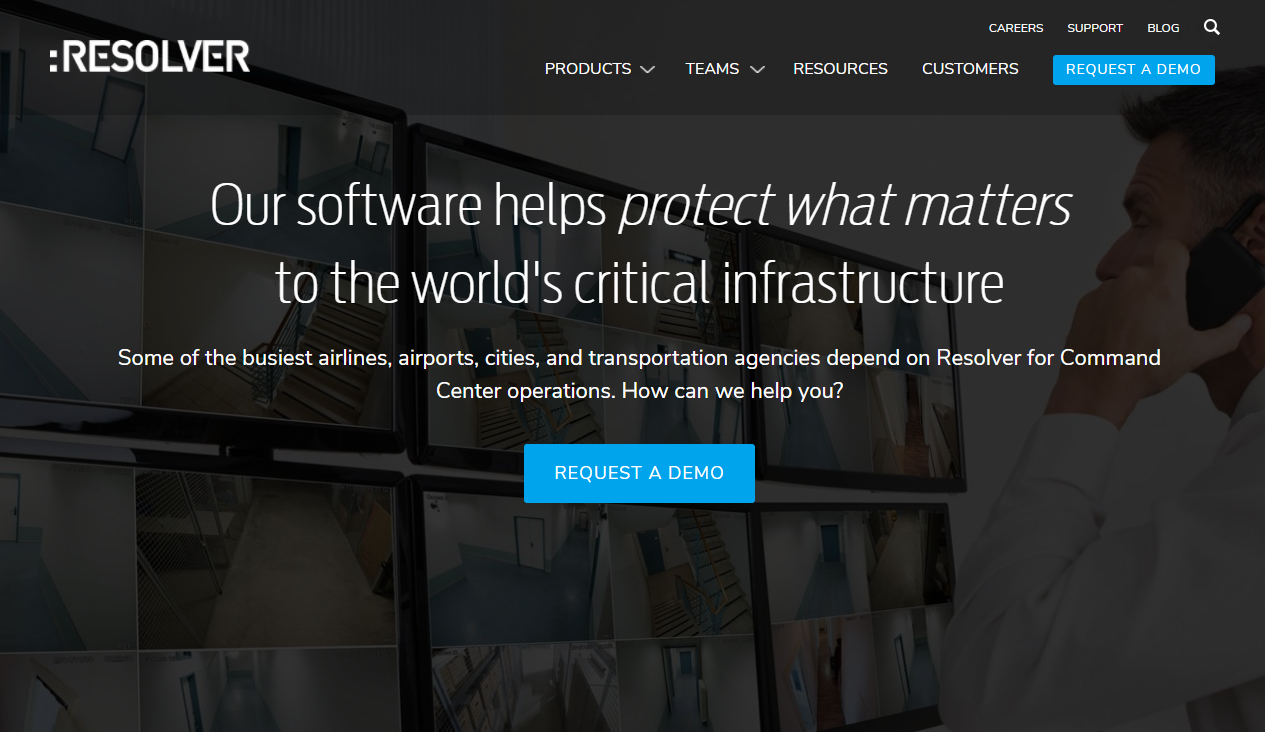 The winner: Resolver
Rank: #3 among companies with fewer than 100 employees

This Toronto-based risk and incident management software developer offers employees a career development program that covers up to $2000 for leadership courses. Its goal: to fill 75 per cent of management roles internally, through either lateral or vertical promotions. 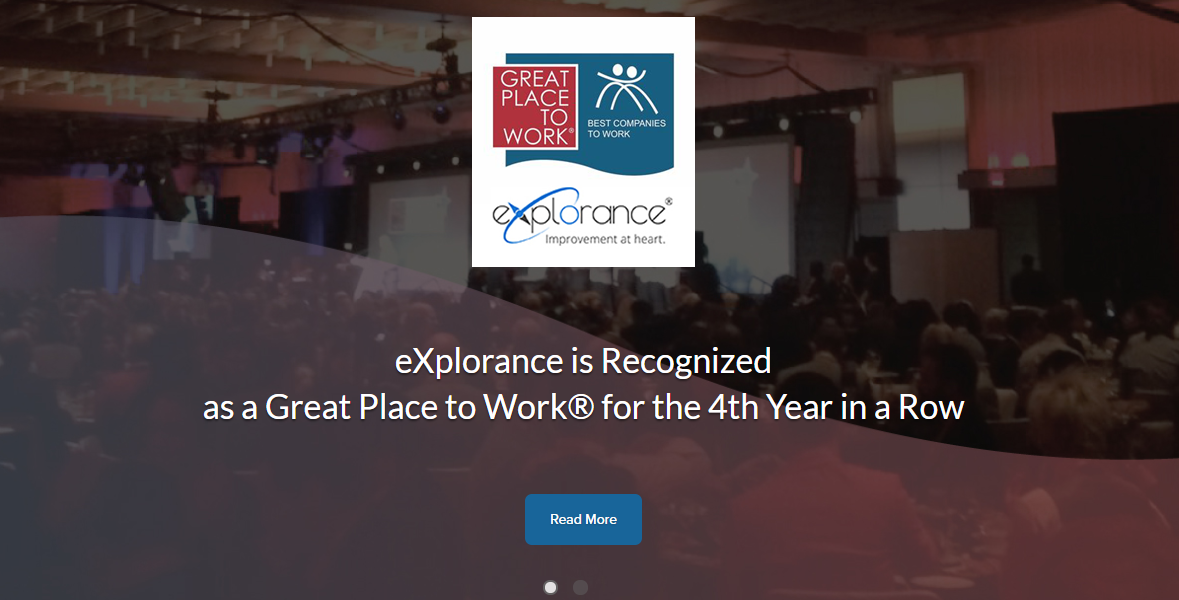 The winner: Explorance
Rank: #4 among companies with fewer than 100 employees

This Montreal-based competences assessment solution developer has managed to create a series of personalized rewards tailored to each individual employee and their family, Grenier says. The company also invites employees to recognize colleagues with Hero awards, and management to bestow CEO Awards on those who have gone above and beyond.

The winner: Axis Communications
Rank: #5 among companies with fewer than 100 employees

Every time a full-time employee logs five years with this Mississauga-based network audio system developer, the company invites them to take a three-week paid sabbatical, with a $2,000 bonus to spend during their time away from work. 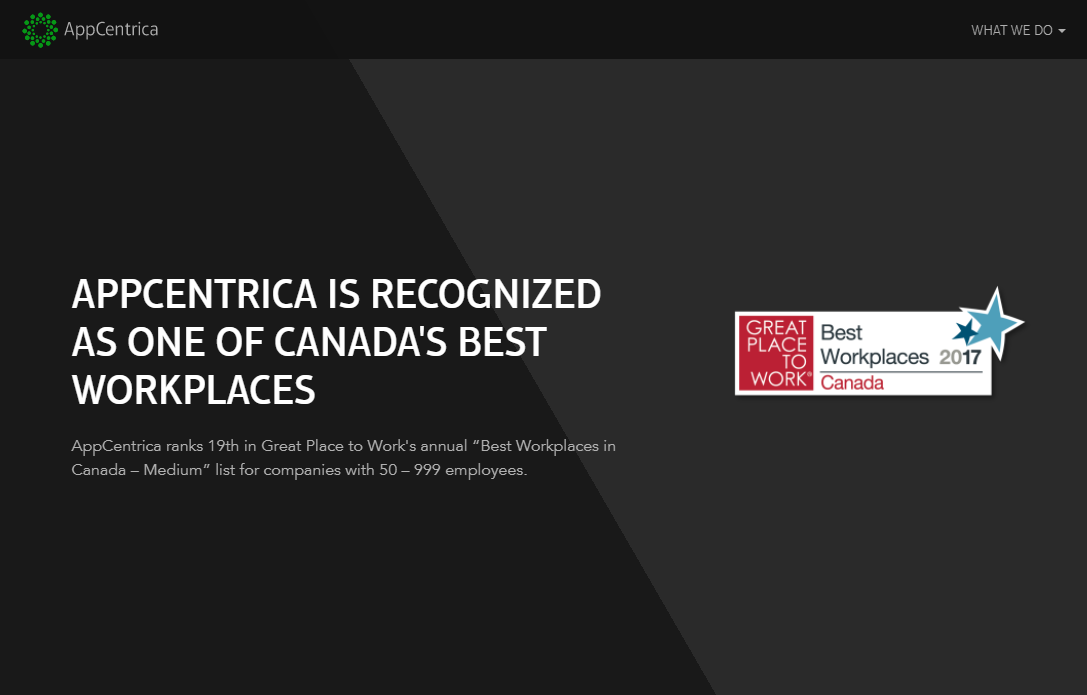 The winner: AppCentrica
Rank: #6 among companies with fewer than 100 employees

The corporate strategy map at this Toronto-based analytics firm includes assignments for leadership, management, and staff alike, Grenier says. This ensures that employees at all levels have a direct role in steering the company’s strategic direction and helping it achieve organizational goals. 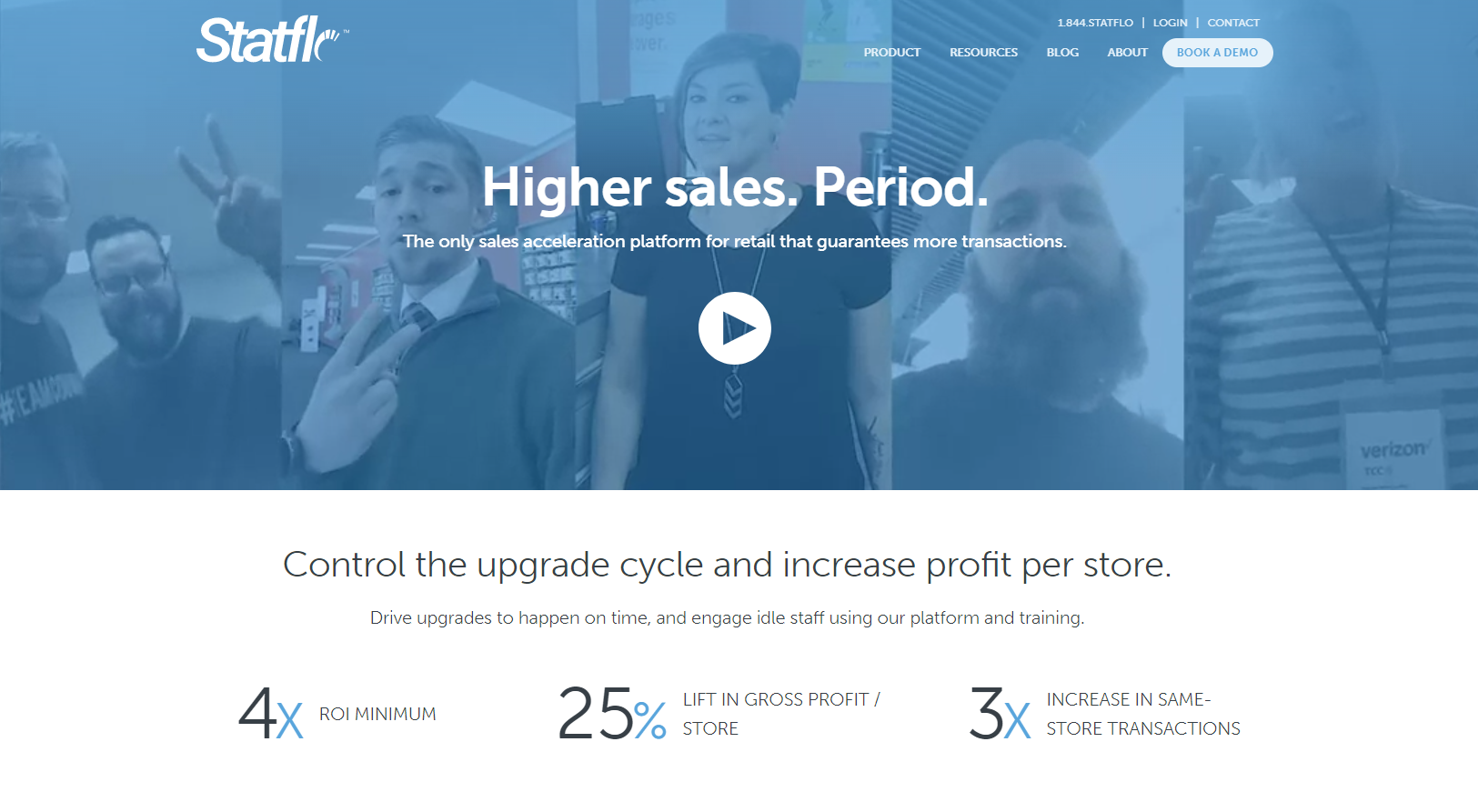 The winner: StatFlo
Rank: #10 among companies with fewer than 100 employees

Over the years, Grenier has noticed certain factors that seem to give companies a 20-per cent boost on the list: The ability to ask management any question and receive a straight answer; management showing sincere interest in their employees; and most importantly, management trusting employees to do a good job without watching over their shoulders.

Statflo illustrates the wisdom of her observation: Transparency is baked into the Toronto-based retail AI developer’s operations, with employees saying that managers communicate with them openly and regularly about milestones, key developments, and sales. Every employee has insight into how the business is doing, Grenier says, with no surprises or uncertainty, making it a poster child for the Best Workplaces In Canada.

SUBSCRIBE
Previous articleIt’s spring cleaning time – how many emails do you have in your inbox? April community slideshow
Next articlePhoto highlights of IDC Directions 2018 – Who was there and what they said

Before it quit: BlackBerry’s hardware history in pictures