Wearables in the workplace on display at Dreamforce 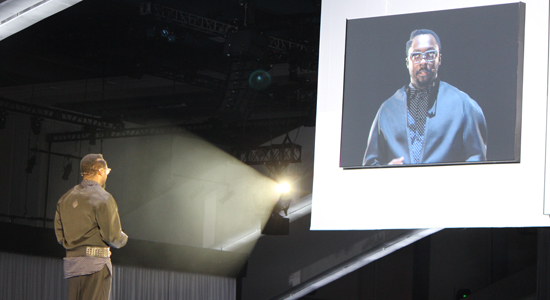 Salesforce.com’s annual Dreamforce conference showcased how wearable tech could be used for more than counting your steps and acting as remote music controls for your smartphone. The Salesforce Wear initiative is all about finding practical uses for wearables in the workplace and many examples in the developer zone and on the expo floor show a lot of progress has been made since the initiative was launched earlier this year – the category is even cool enough for Will.i.am to launch his own product. From smart watches to smart glasses to smart cuffs, myriad wearables were being put to work at Dreamforce. 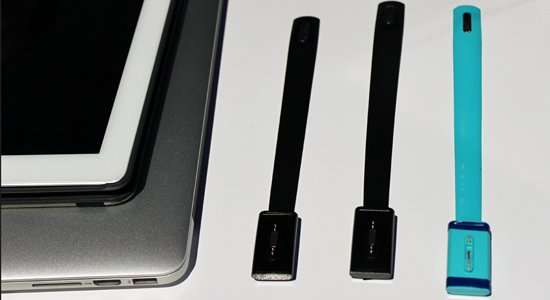 Toronto-based Bionym shipped its first hardware to developers while demoing the new, colourful versions of its wrist wear at Dreamforce. The Nymi Band calibrates to its user’s unique cardiac rhythm and then uses that signature to authenticate identity in a variety of scenarios – from unlocking doors to side-stepping the need for typing in passwords. A demo showed a fictional hotel and spa using a Nymi Band to provide a guest access to its services. 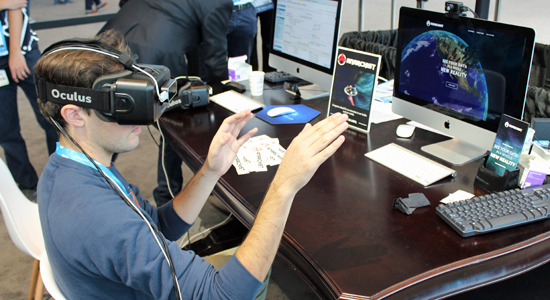 The popular Oculus Rift virtual reality headset was seen in multiple locations on the Dreamforce show floor. Anarchist showcased its analytics app that allows Oculus wearers to manipulate a globe, digging down into geographic data with the use of 3D graphics and a gestural interface. In another Oculus Rift demo, the wearer takes the seat in a car and can change both the trim and exterior colours instantly, choosing among several options. 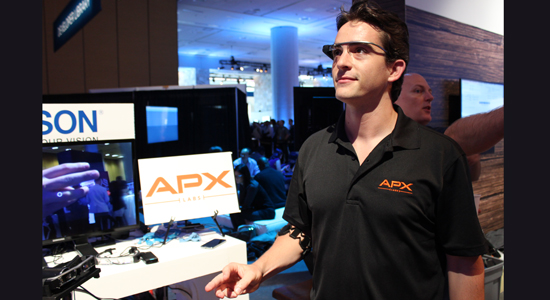 Kitchener, Ont.-based Thalmic Labs has been shipping its Myo arm band to developers for weeks now. The wearable detects muscle movements in the forearm and translates hand and arm movements into a gesture-based interface for a variety of technology. A demo at Dreamforce had wearers use it to pilot a car in a speed racer video game, but software maker APX Labs put it to work for more practical purposes. 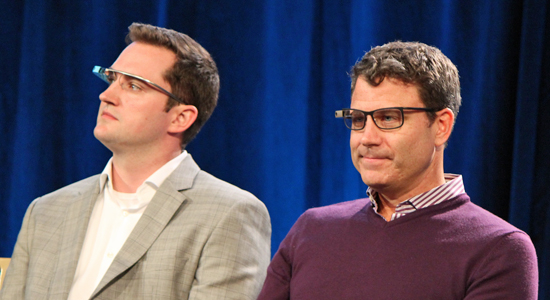 Google Glass in the field

Brian Ballard, CEO of APX Labs, took the stage with Chris O’neil, head of wearables at Google Inc. during the wearables keynote at Dreamforce. APX Labs uses smart glasses – Google Glass or Epson Moverio – combined with the Myo arm band or head-tracking movements to create a solution for field workers. The software allows users to access Saleforce data, engage in a video or audio chat with a co-worker, or view guided and interactive instructions on how to complete a task. 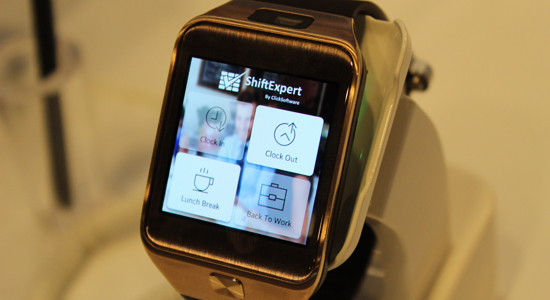 ShiftExpert by ClickSoftware for Android Wear is demoed on the Samsung Galaxy Gear here. It lets users tap a couple icons on their wrist in order to check in for work, signal when they are on a break, or taking a lunch break. On the backend, the information integrates with a company’s human capital management software and updates records automatically. 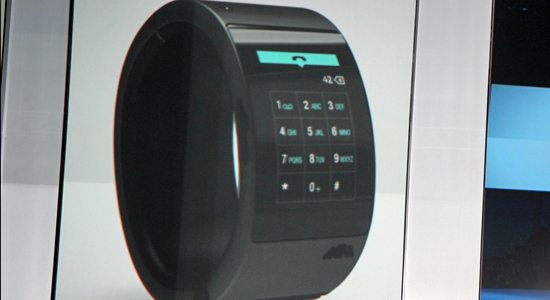 Former Black Eyed Peas frontman come entrepreneur Will.I.Am launched his brand new wearable, Puls, during a keynote presentation at Dreamforce. The device is not a watch, Will.I.Am was careful to note, but a larger device more akin to a cuff. The Puls is not intended to be a companion to a phone, but an independent device with its own SIM card, storage, and a large battery stowed along the back of the device. 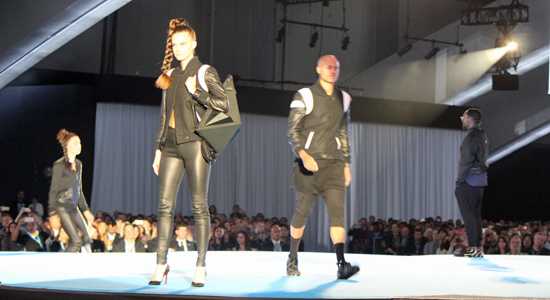 ‘Power suit’ gets a new meaning

To complement the Puls, Will.I.Am’s company also released a line of clothing accessories that work in tandem with the wearable. A jacket that provides an extra charge to the Puls only needs to come in contact with the device to power it up. A backpack doubles as a portable speaker, and a pair of shoes can weigh the wearer and display that information on the Puls. 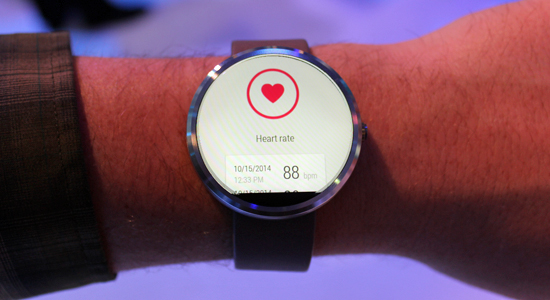 Another smartwatch making use of Android Wear is the Moto 360, from Motorola Mobility. Smaller than many other smart watches on the market today, the device is designed to be used mostly with a voice-based interface. It can relay text messages to the user by audio too, and can quickly display a daily agenda, list of contacts, or even your current heart rate. The Moto 360 is just one device that developers using the Salesforce Wear APIs can now design workplace apps for.

SUBSCRIBE
Previous article
BlackBerry’s Passport and Blend: What you need to know
Next article
2014’s Top 10 smartphones for business: From Apple to Xperia Z

Join us for a tour of PayPal Canada’s Toronto office