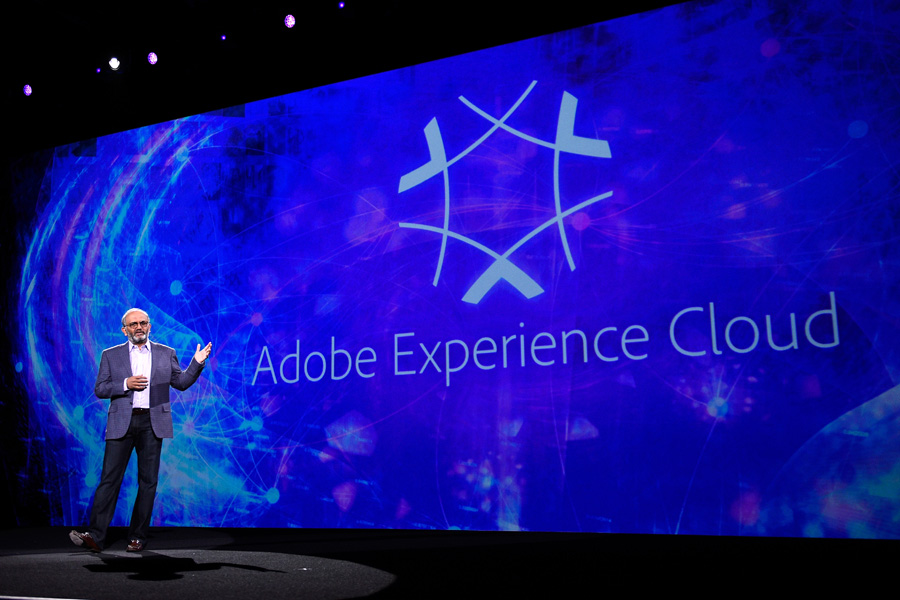 LAS VEGAS – The curtain has closed on another successful Adobe Summit, and while CEO Shantanu Narayen’s reveal of Adobe Experience Cloud – and the company’s unveiling of its first three joint offerings with Microsoft Corp. – dominated the news to come out of the conference, it wasn’t the only element worth highlighting. Read on. (Image courtesy Adobe) 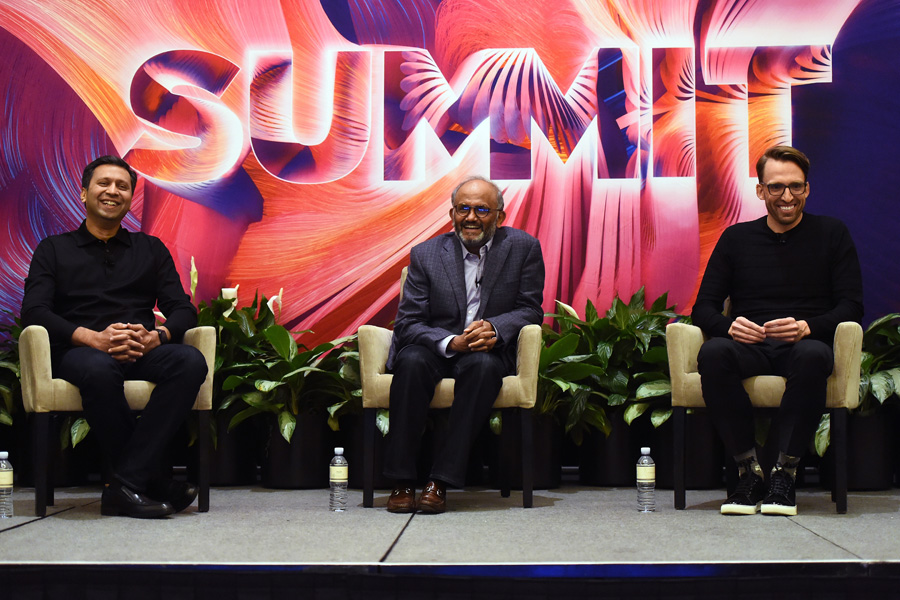 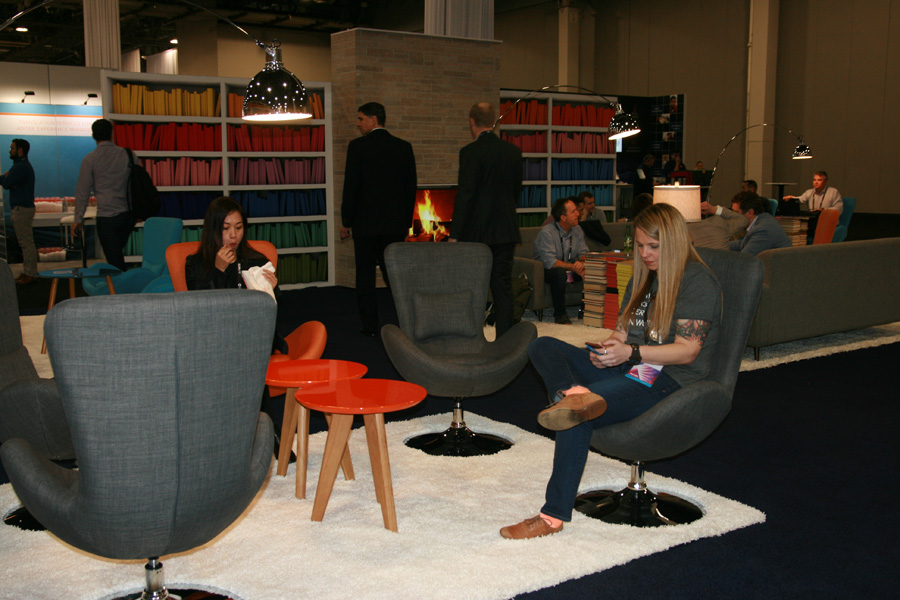 Few companies are as good as Adobe at helping attendees relax at their conferences, and this year’s Summit was no different. From a library-like space that invited visitors to sit and read… 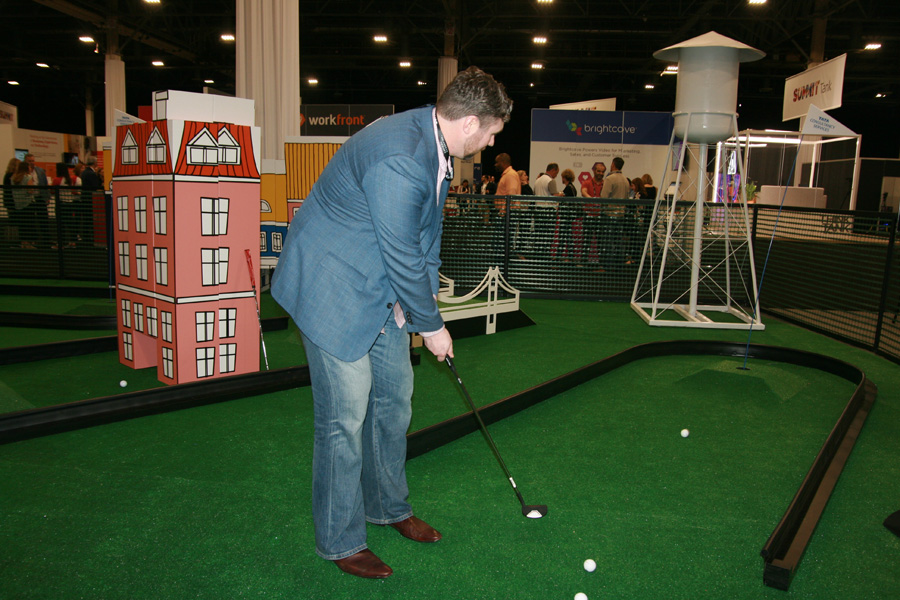 …To a green park-like space complete with a picnic area, shrubbery, and two holes of mini-golf… 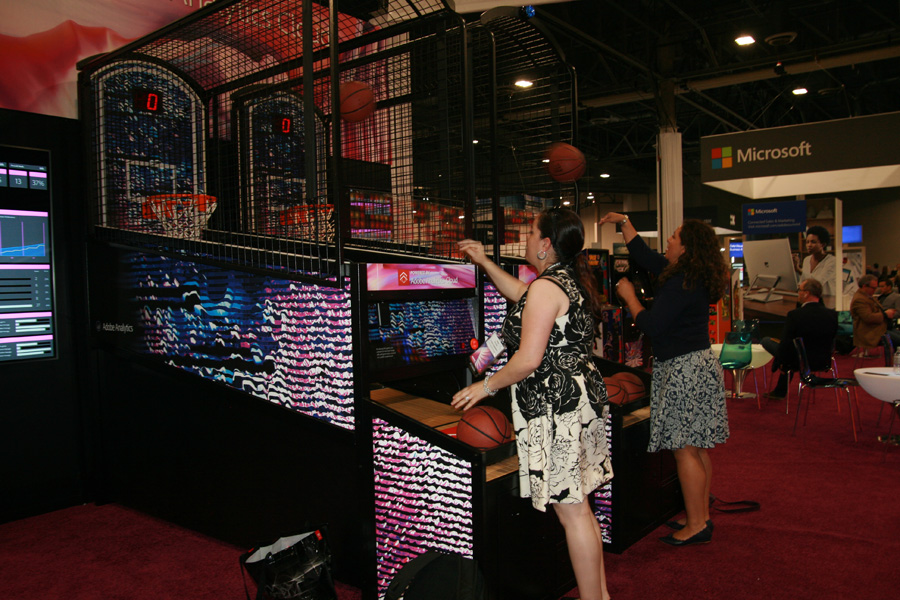 …To an arcade complete with portable basketball nets, foosball table, and 1980s arcade games such as Space Invaders, Tempest, and Pac-Man, this year’s summit gave attendees the opportunity to take a break in style. 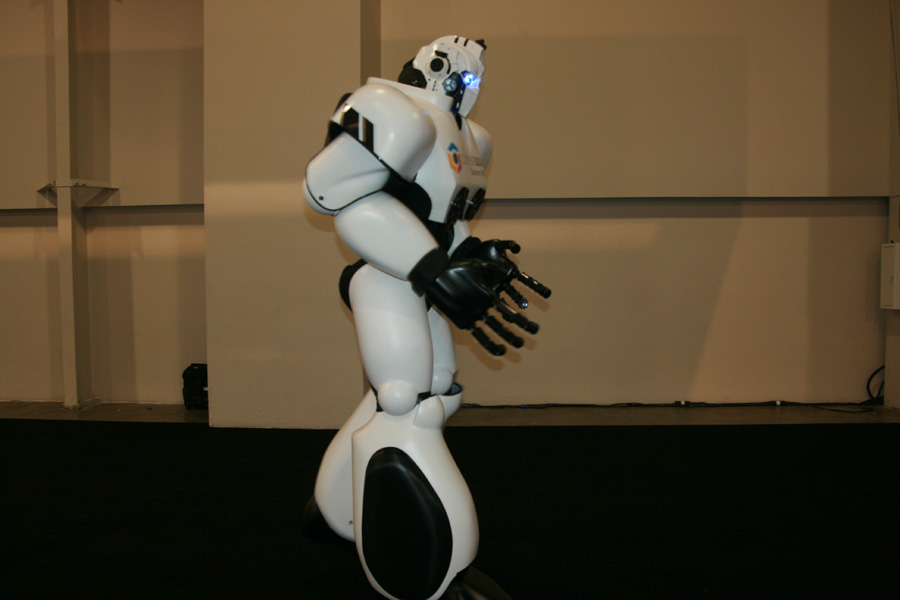 We honestly aren’t sure if she/he/it is real or not. This lumbering biped was accompanied by a handler, but he refused to answer questions or even pose for a proper photo. 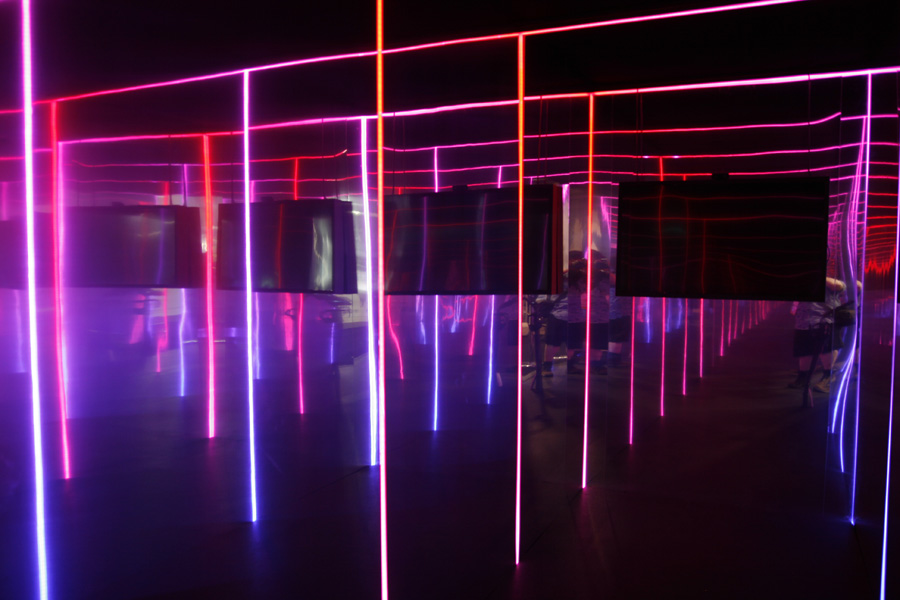 “Emotion tech” firm Lightwave’s “emotion chamber” invited visitors to put on headphones amd experience a short video that exposed them to a wide range of feels-inducing imagery, including a puppy rolling in bed (the average emotional peak), police sirens (the average emotional valley), and the perfect wave, before converting the responses into a colourful graph (you can see ours here). 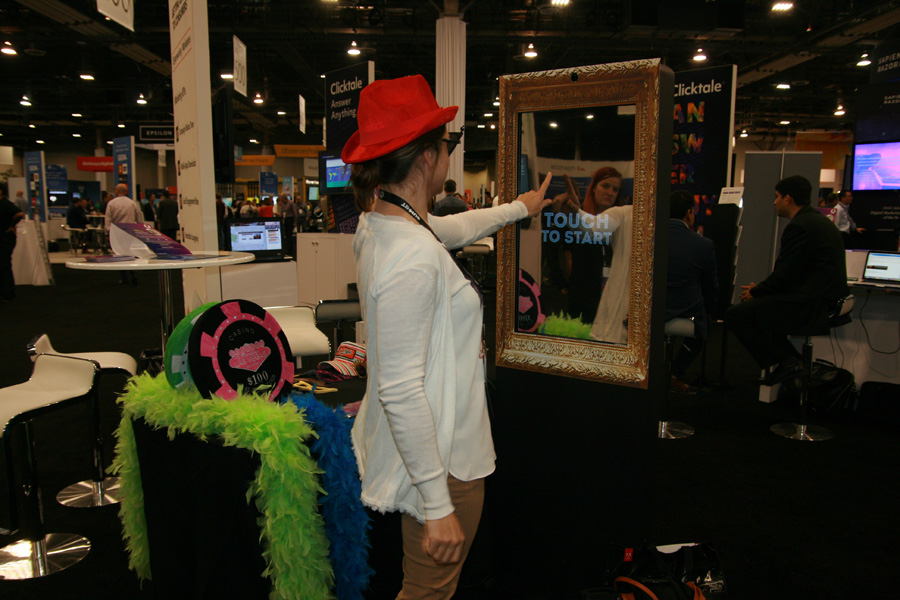 Indian IT firm Wipro Ltd.’s smart mirror invited visitors to try on the accessories of their choice, see how they looked, and then strike a pose in front of the device for a photo.

It’s hard to do IBM iX’s animated installation justice without a GIF, but we’re going to try anyway. What you see here isn’t a TV screen; rather, it’s a grid comprising hundreds of buttons that are black on one side and white on the other, switching sides in rapid succession to create the illusion of movement. 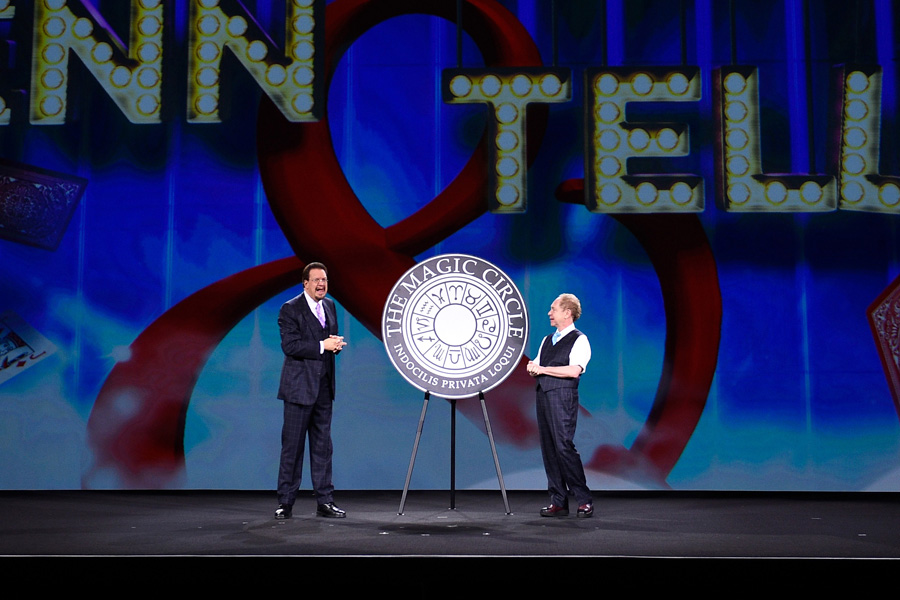 It wouldn’t be Vegas without a magic show, and on the summit’s day-two keynote Penn and Teller were more than happy to oblige. Though missing the duo’s signature fake blood, their magic act included helping Adobe vice president of alliances and marketing strategy John Mellor pull a rabbit out of his hat, Teller correctly guessing a card despite having a volunteer’s hands over his eyes, and this elaborate middle finger to a secretive British magic society Penn claims to want no part of anyway. (Image courtesy Adobe) 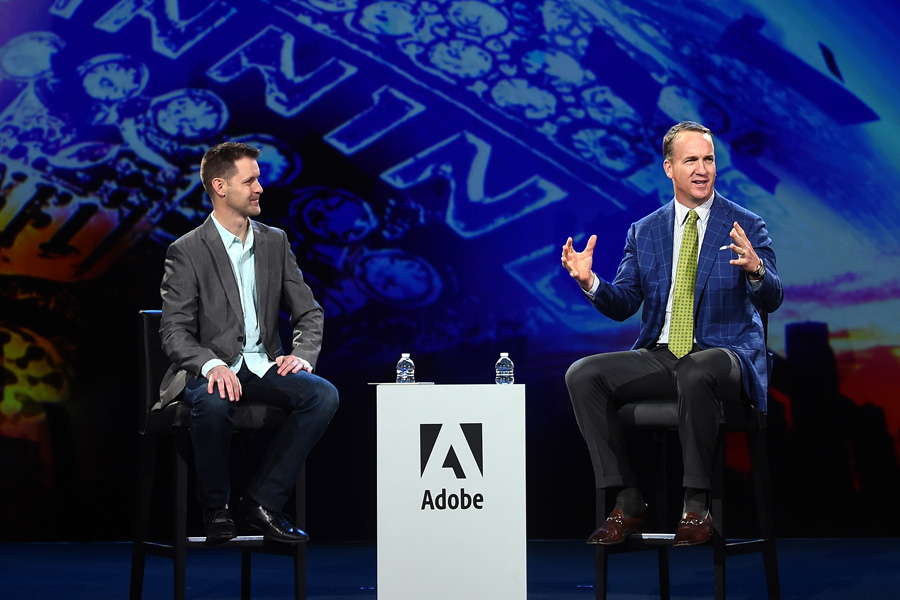 As regular ITBusiness.ca readers will no doubt know, at least three members of our editorial staff would have likely been thrilled by NBC bay area sports reporter Colin Resch (left)’s interview with former Indianapolis Colts and Denver Broncos quarterback, two-time Super Bowl champion, and five-time MVP Peyton Manning (right). The author regrets to inform our sports-loving readers that he’s not one of them. (Image courtesy Adobe) 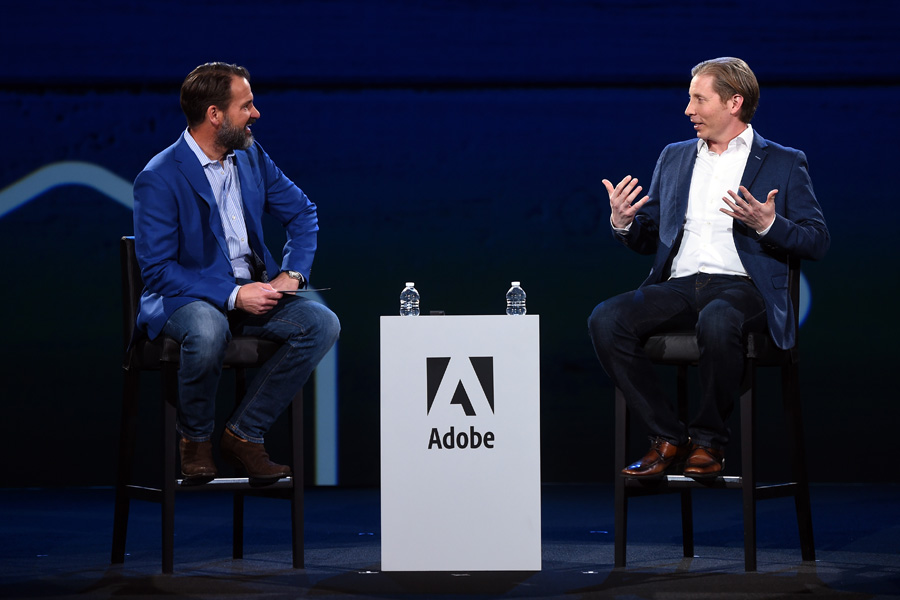 Far more interesting to us (from a professional standpoint, at least) was Mellor (left)’s interview with Facebook vice president of business and marketing partnerships David Fischer (right), whose advice to the audience on the next great frontier in marketing can be boiled down to three words: “Mobile, mobile, mobile.” And before you tell Fischer mobile was the last big thing, here’s why he thinks you’re wrong. (Image courtesy Adobe) 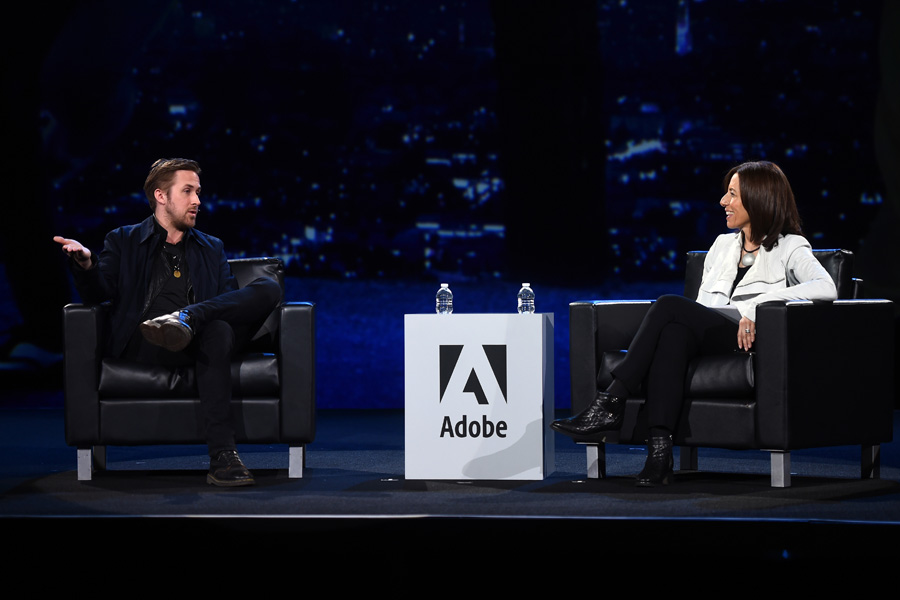 Proud Canadian that he is, Ryan Gosling was happy to discuss such embarrassing topics with Adobe CMO Ann Lewnes as why he was smirking during Moonlight’s Best Picture win (relief that the furor wasn’t over an emergency, followed by gratitude on Moonlight’s behalf), how he became involved with La La Land (he’s working on a Busby Berkeley musical himself, and initially helped writer/director Damien Chazelle as a consultant), and those inescapable memes (for the record, he rather enjoys cereal). (Image courtesy Adobe) 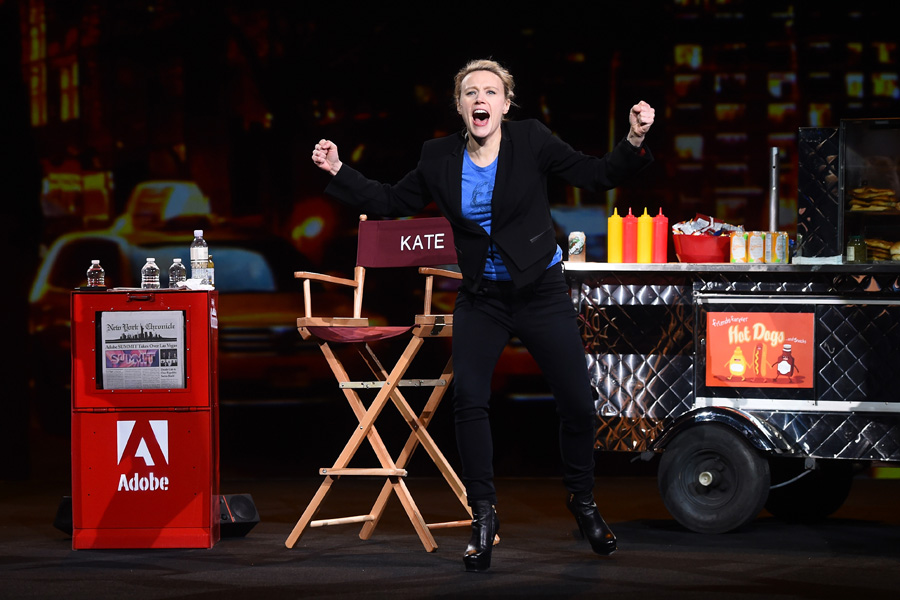 Saturday Night Live cast member, comedian, actress, and Adobe Sneaks host Kate McKinnon kept the crowd in stitches both appropriate and not while helping Adobe’s engineers showcase such breakthroughs as software capable of adding real-time ads to VR applications and a platform that brings together a company’s numerous customer information libraries into one place. (Image courtesy Adobe)