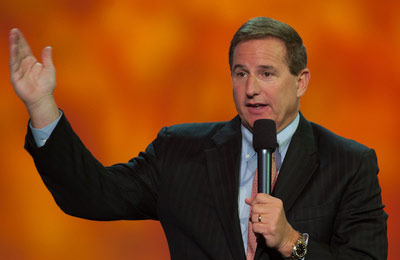 When CEO Mark Hurd made Oracle Corp.’s Marketing Cloud announcement yesterday, it shared a deck with press that covered “40 must-see charts for modern marketers.” While some of the data is a bit dated, going back to 2011, we found some of the numbers based on Eloqua customer metrics to be surprising and of some value to consider for marketers. If you spend time wondering what social media network is the best one to post your content, what time of day to send emails, or if Klout scores really matter, check out these charts from Eloqua, which Oracle acquired December 2012. 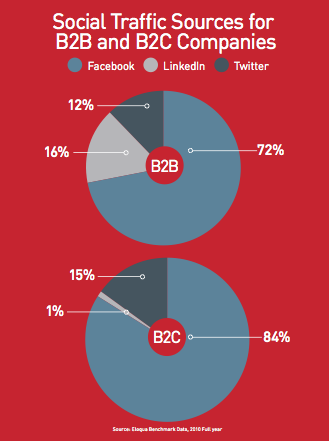 While B2B marketers often don’t consider Facebook a good place to talk about business, it still represents the majority of all social traffic sources for B2B companies. Meanwhile, LinkedIn is 16 times more effective for B2B marketers than B2C marketers. 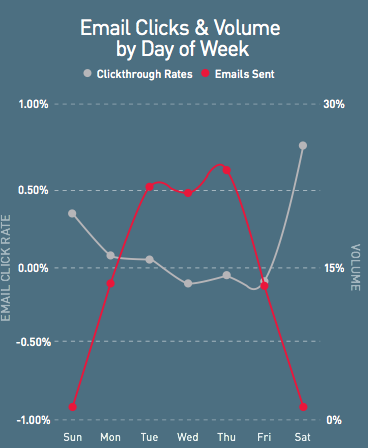 When is the best time to send an email? Turns out on the weekend if you want the best chance of getting a click-through. Of course, that’s also the time the fewest number of emails are sent. So if all marketers change their tactics to send messages on weekends, you have to wonder if that high CTR would be maintained. 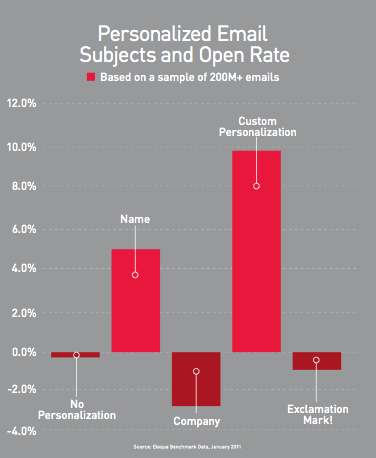 When you’re writing that email to send to your contact on the weekend, be sure to include their name, but definitely not an exclamation mark. Adding another level of personalization like location is good, but just including the company won’t cut it. 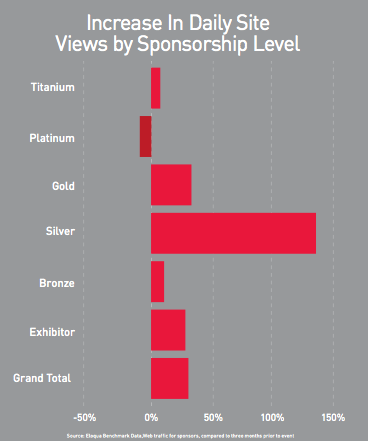 If you’re considering an event sponsorship, a middle-of-the-pack level may be your best bet. At Dreamforce 2011, event sponsors got on average a 25 per cent boost in web traffic during the event, but silver sponsors enjoyed the biggest boost by far. Platinum sponsors actually saw a slight decline in traffic. 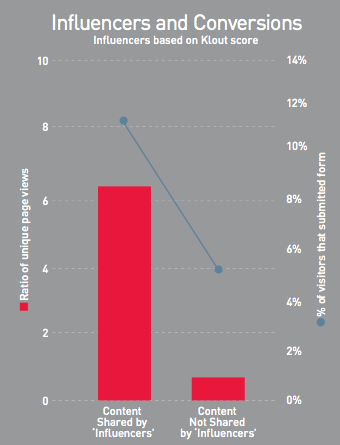 For years the debate over whether your Klout score matters or not has raged in marketing departments. This suggests that when it comes to sharing content, it does matter to the tune of six times more traffic and twice the number of conversions, when comparing Klout “influencers” to “non-influencers.” 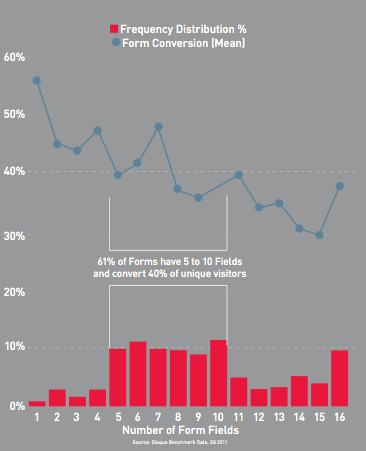 When it’s time to convert a lead, you need them to fill out a form. How many fields is too many to ask for, while collecting the details you need? Most forms contain about five to 10 fields, and the forms with seven fields are the most likely to convert users within that segment. 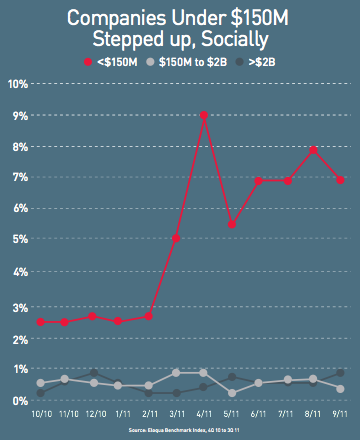 SMBs, or at least those with less than $150 million revenue annually, are way ahead of enterprise peers when it comes to driving traffic from social media sites. Or at least they were back in 2010 and 2011. 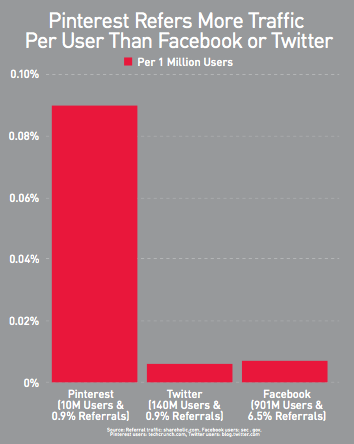 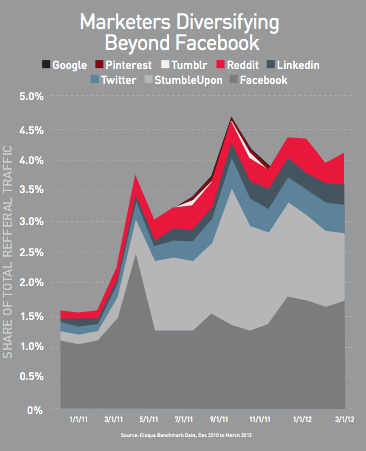 Overall, social referrals were up 200 per cent in March 2012, with marketers using a wider array of social media channels. Pinterest traffic grew the most during that period. 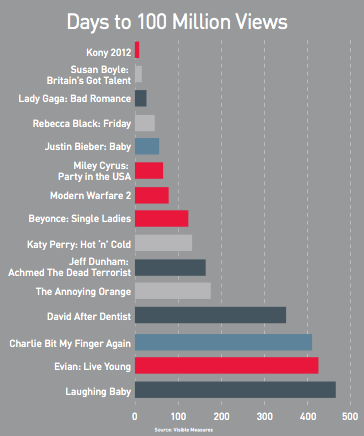 Remember that Kony 2012 video that went viral? Here’s how quickly it went to 100 million views compared to some other viral videos.