Windows 3.x introduced the “Blue Screen of Death” to an ungrateful nation. Windows ME was such a dog it came with its own fleas. (We won’t even discuss Microsoft Bob.) But for our money, the worst Windows version of all time is Vista. Years overdue, stripped of virtually all the ground-breaking features it was supposed to have, Vista was a wet hot mess that was only made worse by the over-the-top hype accompanying its release. Compatibility snafus, performance problems, and impossibly annoying User Account Controls doomed it from the start. Even Microsoft’s core constituency, enterprise geeks, stayed away in droves. The company got sued for letting hardware manufacturers label their systems “Vista Ready” when they were anything but. Then again, nobody was ready for Vista — including Microsoft. 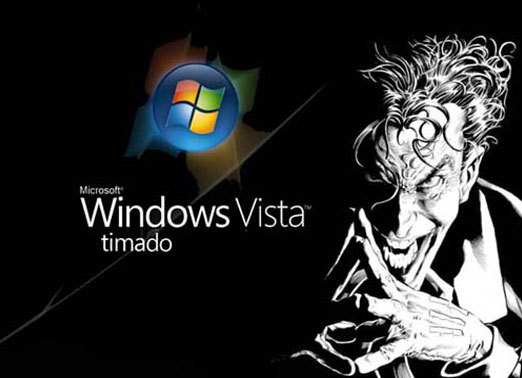 The tech world is littered with the corpses of hand-held devices that tried and failed to run scaled-down versions of Windows. In 2004 nearly one of four smartphones ran a Microsoft OS. Today, less than 2 percent of smartphones sold this year run Windows Mobile or Windows Phone. Yet all is not entirely lost. Windows Phone 7.x has won respect, if not market share, and Microsoft’s deal to put it on Nokia smartphones will expand its footprint internationally, where the Finnish handset maker still dominates (for now). Gartner even predicts that Microsoft-Nokia phones will outsell iPhones by 2015. Meanwhile in the tablet space, Windows 8 might just provide the iPad alternative enterprise geeks are longing for, provided it won’t already be obsolete when it appears a year from now. 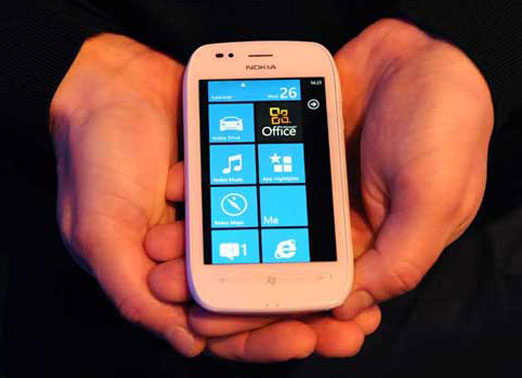 No company has mastered the art of befuddling its users while treating them like idiots quite the way Microsoft has. From the “Are you sure (Y/N)?” confirmation messages in early versions of MS-DOS to the User Account Controls in Vista, Microsoft products managed to be both confusing and condescending at the same time. But nothing embodied this attitude more than Clippy, the anthropomorphic paper clip “Office Assistant” that debuted with Office 1997. Clippy quickly became a target for parody — even Microsoft made fun of it — as well as a symbol of everything that was wrong with the company’s approach to software. By the time Office 2007 appeared, Clippy had gotten clipped. 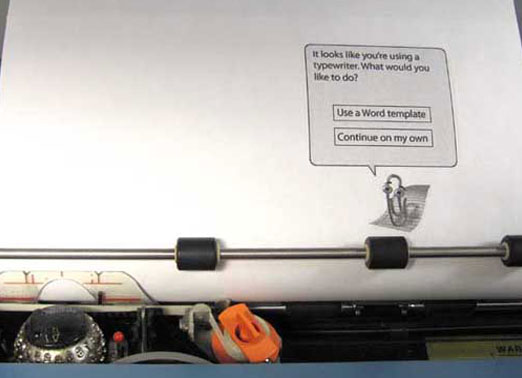 Whom do you anti-trust?

For 21 years Microsoft battled the government over anti-trust allegations. Whether accused of predatory marketing or using its desktop monopoly to “crush” competitors, Microsoft found itself in the cross-hairs of both the US Department of Justice and the European Union. As an effort to release Microsof’s stranglehold on the PC market, the suits failed miserably. But Microsoft’s reputation was permanently damaged. Its actions at trial were deemed “inaccurate, misleading, evasive, and transparently false” by Judge Thomas Penfield Jackson. Star witness Bill Gates proved stubbornly uncooperative, failing to remember almost anything that happened during his tenure as CEO. In short, Microsoft was every bit the monopolistic bully Judge Jackson proclaimed it to be. 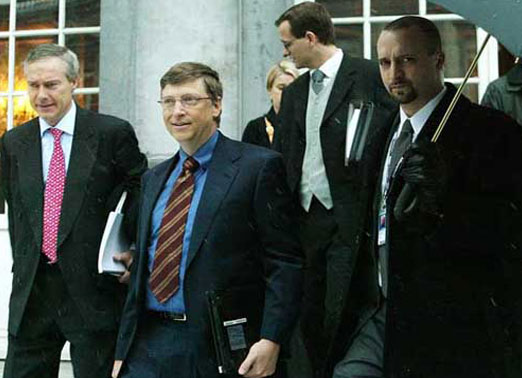 A succession of failures, a failure of succession

Unlike Apple, which boasts a phalanx of top-level executives trained to Think Different (as long as it’s not different than Steve), Microsoft has no bench strength to call on when Steve Ballmer finally hangs up his sweaty blue button down. Gates is long gone, and his handpicked successor, Ray Ozzie, high-tailed it a year ago (presumably due to conflicts with Ballmer, though he’s not talking). Over the past year, top lieutenants Robbie Bach, Steven Elop, J Allard and many others departed for greener pastures, a safe distance from their furniture-hurling CEO. If Ballmer follows them out the door (as some have been urging), there’s almost no one left to take the reins — and no vision for the future. 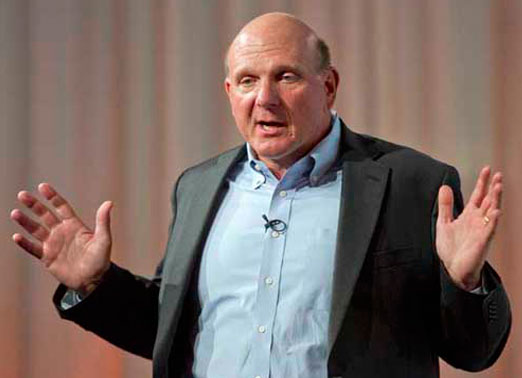 Remember when Microsoft owned the world? For a few brief shining moments in the middle of the Clinton era, it sure felt that way. With the help of a $300 million marketing campaign — as well as Jay Leno and the Rolling Stones — Microsoft turned the launch of a new computer operating system into a cultural event, years before the late Steve Jobs turned geekiness into an art form. The Windows 95 debut was not only Microsoft’s greatest moment, it was also the first time a tech-oriented story dominated mainstream news. It wouldn’t be the last. 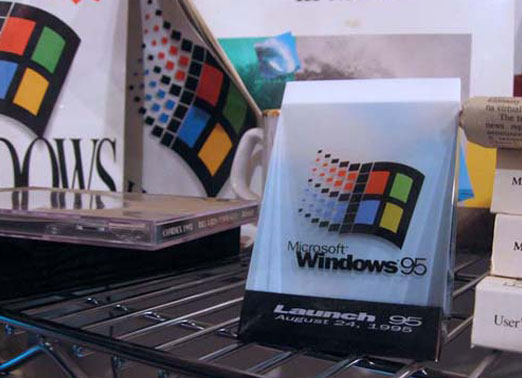 Besides the Microsoft Mouse, the XBox is the only hardware product to come out of Redmond and not suffer a swift demise. It’s also the only Microsoft brand to ever to find a home in people’s living rooms. Despite the Red Ring of Death fiasco, which cost Microsoft more than $1 billion to repair, the XBox 360 continues to be the platform game developers most want to be on. Meanwhile, XBox Live now boasts some 35 million members, making it Microsoft’s most successful exercise in social media. With the addition of the surprisingly good Kinect motion detector, the XBox is even a viable alternative for Generation Wii — especially those of us too old and unhip for Halo 3 and Red Dead Redemption. 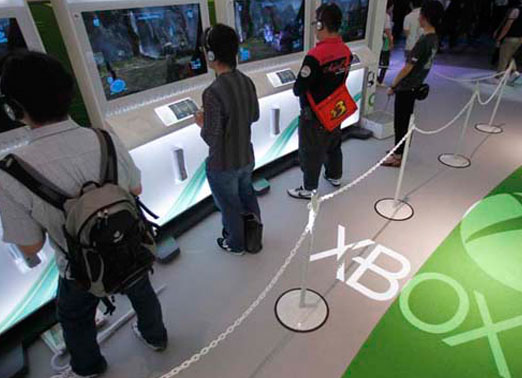 See you at the (Microsoft) Office

It saw, it came, it conquered. Microsoft’s suite of Office products dominates desktop productivity software the same way Windows dominates desktop operating systems. Of course, it didn’t hurt that Microsoft may have deliberately crippled Windows 95 versions of competing suites, as Novell is now claiming. Or that Microsoft may have engaged in a bit of old-fashioned arm twisting to persuade hardware OEMs to bundle its suite with PCs, back in the day when that mattered. Still, Office wins on merit as much as on marketing muscle — especially since it dumped Clippy in 2007. Now, spurred on by competition from Google Docs, Microsoft is taking it to the cloud with Office 365. 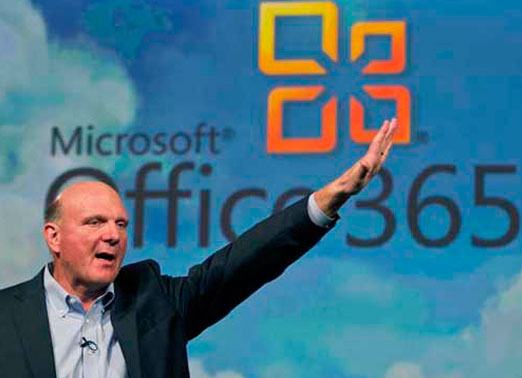 By itself, Win 7 is a steady if unspectacular operating system. But because it followed the disaster that was Windows Vista, it seems almost miraculous by comparison. Windows 7 rescued Microsoft’s reputation simply by not sucking, and the low key way it was rolled out seemed to indicate a Microsoft that was humbled by the lessons of Vista. Now, people are actually excited by the prospect of the touch-friendly Windows 8. No one would have predicted that three years ago. 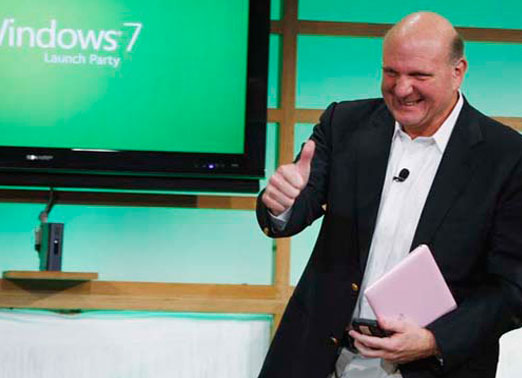 Too big to fail

For all its many faults, Microsoft is still a money machine — generating nearly $6 billion in profits over just the last three months. And as Steve Ballmer recently noted at the Web 2.0 confab, some 350 million Windows machines will be sold this year. So its ability to screw up massively and yet continue to survive is almost infinite. Which is why Microsoft will still be a factor to be reckoned with in mobile phones, tablets, gaming consoles, the cloud, or anything other area where Redmond focuses its gaze. It is simply too big to fail. 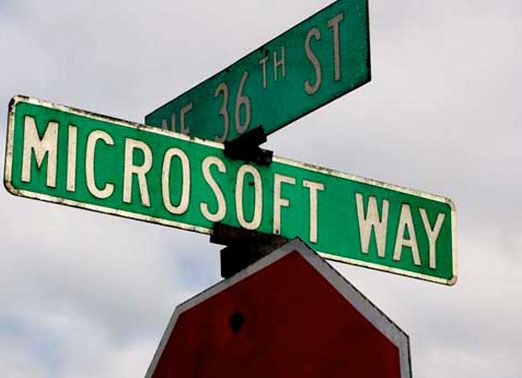