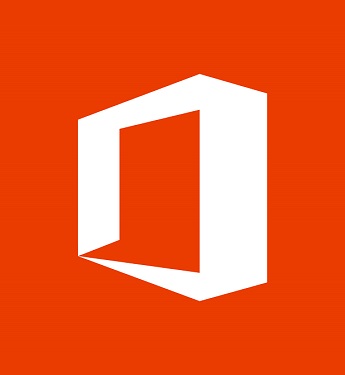 As of Tuesday, Office 365 subscribers can download the new Microsoft Office 2016 apps through their subscriptions. Automatic updates will roll out to consumer and small business subscribers in October, and commercial subscribers early next year. Standalone license purchases of Office 2016 are also available now. 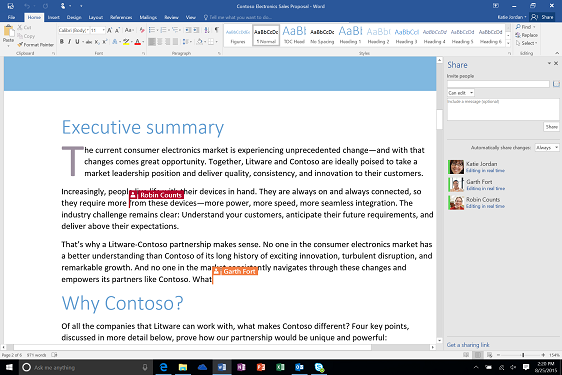 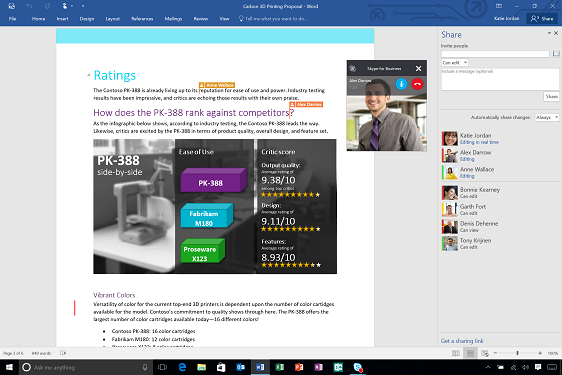 Microsoft is ramping up the integration of its Skype video conferencing tool across its portfolio and into business worfklows. With Skype in-app integration across the suite of Office client apps, users can IM, screen share, talk or video chat with a team member without leaving the Office application they’re working in. 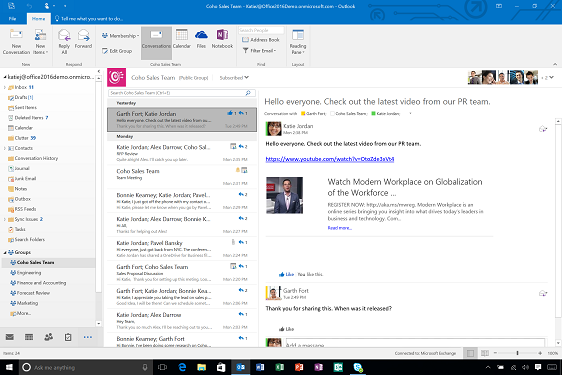 Furthering the collaboration theme in Office 2016, Microsoft has integrated Office 365 Groups as part of the Outlook 2016 client app. It’s also now available on mobile devices through the Outlook Groups apps, ensuring that team members have a consistent team experience across all the applications in the suite. 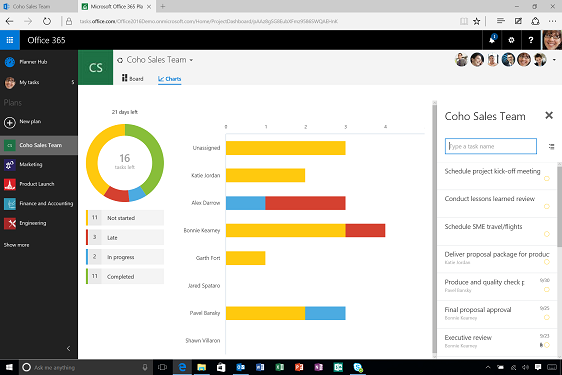 With Office 365 Planner, teams are now able to collaborate to plan their workflow and organize their collaboration. The tool helps to create plans, organize and assign tasks, set due dates and provide status updates, all through email notifications and visual dashboards. It will be available in preview next quarter to Office 365 First Release customers. 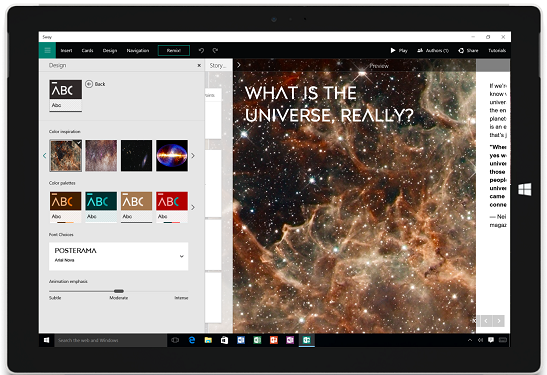 With the new Sway for Windows 10, users are able to create shareable, interactive stories through a simple to use, user-friendly interface that are designed to look the same no matter what device they’re viewed on once published. It’s like a simpler, easier to use version of PowerPoint. 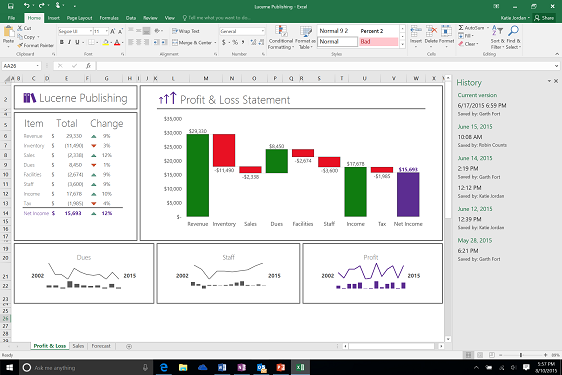 New tools for version control in programs such as Microsoft Excel make it easier to see who on the team has made changes to a document and when, providing a simpler way to see what changes have been made and to revert back to a previous version of the file if necessary. 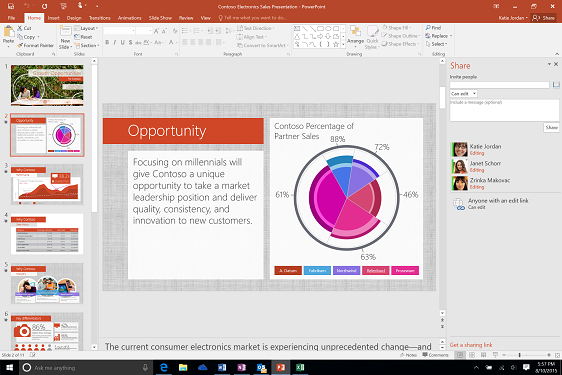 Microsoft has introduced easier file sharing tools across the Office 2016 suite of applications. Instead of having to go searching for it, sharing information can be viewed in a sidebar, as seen here in PowerPoint 2016, along with  who is currently editing the document and a headshot, if available, to put a name to the editing face.