October 27 and 28 saw more than 100 business and technology leaders offer their perspectives during a virtual conference about Canada’s economic recovery and what the future will look like. Sponsored by Microsoft Canada, Future Now offered ten tracks which included discussions about culture, government, education, healthcare, digital transformation, and more, and featured speakers such as the Honourable Navdeep Bains, Canada’s Minister of Innovation, Science and Industry, Dr. Chris Brauer, director of innovation at the University of London, and Diane Brisebois, president and chief executive officer, Retail Council of Canada.

Also check out these and more of the sessions when Future Now is available on-demand later in November.

Now, on to the highlights. With files from Alex Coop.

Microsoft Canada president Kevin Peesker kicked things off with an overview of results from a Microsoft survey that asked Canadian business decision-makers about the health of their businesses and the impact of the pandemic. Of the 45 per cent of respondents who said they were overdue to digitally transform, almost three quarters agreed that COVID-19 was the catalyst that pushed them to do so. 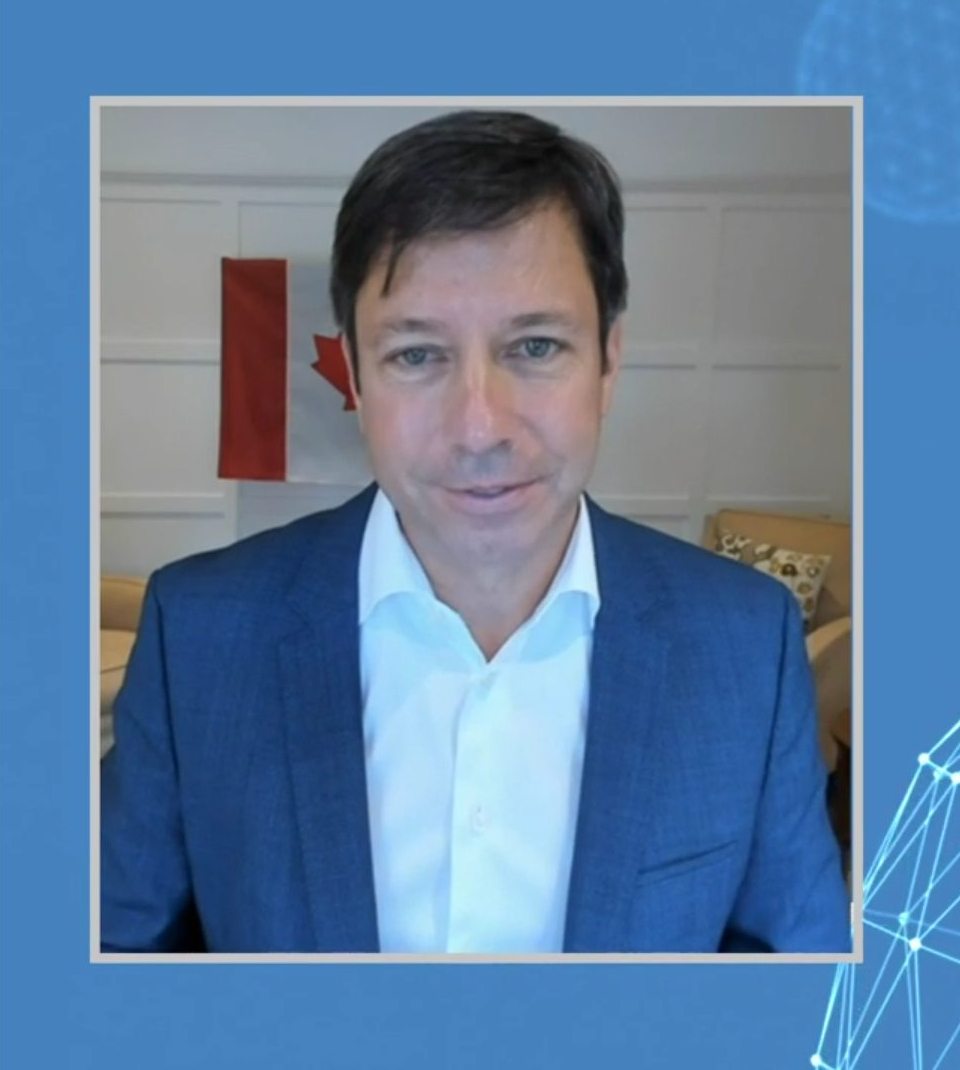 “The resilience of Canadians has been truly remarkable,” Peesker said. “It is the merging of human ingenuity and the power of technology that has enabled organizations to quickly and safely adapt to the changes around us.”

But there has been a rapid adoption of cloud computing, across all verticals and customer types, Peesker told us afterwards. During the early days of the pandemic, for example, within weeks Microsoft supported more than 150,000 federal government employees on its Teams platform. Some SMEs made enormous leaps in how they used cloud services, he added, by taking greater advantage of the Dynamics 365 portfolio and business intelligence solutions.

A chat with Navdeep Bains 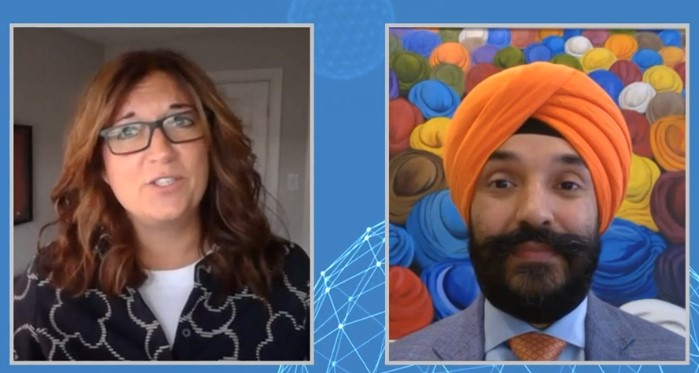 Minister of Innovation, Science and Industry Navdeep Bains spoke with Microsoft’s public sector lead Lisa Carroll about the opportunities in Canada’s five superclusters. Over $800 million worth of projects have been announced, including the Precision Health Wallet, which uses blockchain to enable people to manage their medical data. “Having these types of tools available in the current context is very exciting,” he said. “Overall these superclusters have performed very well. But innovation doesn’t happen overnight. This is a long-term strategy we’re excited about.” He noted that the Digital Supercluster is a platform that enables us to take advantage of different opportunities that exist.

The discussion then segued to the Made in Canada project, whose genesis was at the beginning of the pandemic when the realization hit that Canada was dependent on foreign sources for personal protective equipment. Bains described how Canadians have stepped up to remedy this problem. 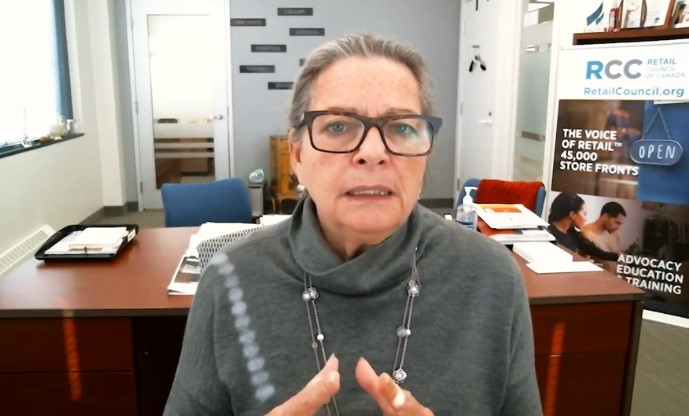 Diane Brisebois, president and CEO of the Retail Council of Canada, described Canadian retail as a tale of two cities. “Retailers who were designated as essential – grocery, pharma in particular – are in a better place in the sense that they’ve lived through it; they operationalized the pandemic, and they were in a segment where the products they were selling were in high demand,” she said. “The retailers most challenged right now are in what I call mid-market: apparel, footwear, accessories. Those who were closed for several months, and as they re-opened they were faced with consumers who weren’t spending the way they used to.” Those who didn’t have an omnichannel presence also suffered more.

“In a crisis like this there’s always a silver lining,” she said. “And it’s watching retailers become very creative. And they’re also embracing technology at a speed I’ve never seen before; they’ve realized technology is the great enabler.”

Accelerating Canadian research in the cloud

You wouldn’t associate the Canadian Food Inspection Agency (CFIA) with high tech, but with its responsibilities for plant health, animal health, and food safety, including keeping a careful eye on things being imported into Canada and what we export, it needs a good tech backbone to connect its thirteen labs, and those of its partners, across the country.

“One of the things that we’ve been working on for the last couple of years is a rapid diagnostic tool for plant viruses,” said Dr. Michael Rott, a scientist at the science branch of CFIA. “We’ve developed this new method based on genomics, and it’s looking at large sets of genomic data. We’ve developed an application that we call Virtool. It has a graphical user interface, it’s easy to use, and it’s designed to be used by diagnosticians who are not really used to handling this kind of large data.” 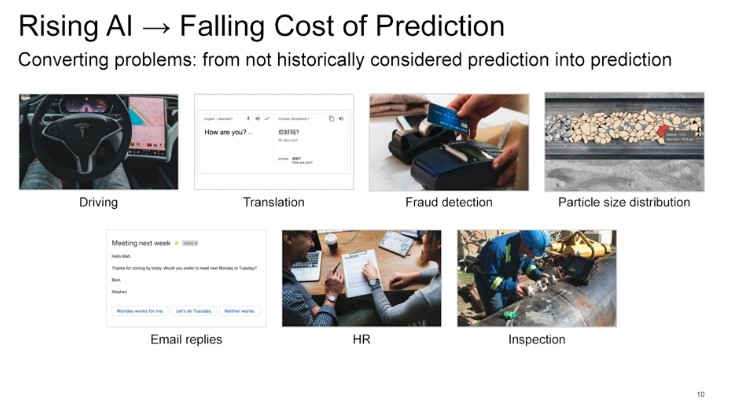 Artificial intelligence (AI) has created a drop in the cost of prediction and so, said Ajay Agrawal, Geoffrey Taber chair in entrepreneurship and innovation and professor of strategic management at the Rotman School of Business, people are taking problems where prediction hadn’t been previously employed and dropping in some AI. Photography is a prime example – we now solve problems with arithmetic, not chemistry.

“At first, when non-technical people realized what was going on (with image recognition) they said ‘that seems interesting. It’s a neat party trick, image recognition to label what we see’,” he noted. “But after a while, we began to realize, wait a minute, as soon as we can predict the labels on the things in an image then effectively machines can see. And once machines can see they can do things like cars being able to drive themselves.”

“We started recognizing that prediction was quite foundational to many things we do,” he went on. “So what happens when the cost of prediction falls? Back to economics 101 and downward-sloping demand curves – when prediction becomes cheaper, just like when anything becomes cheaper, we use more of it.”

AI in Canadian financial services: Results of an IDC study 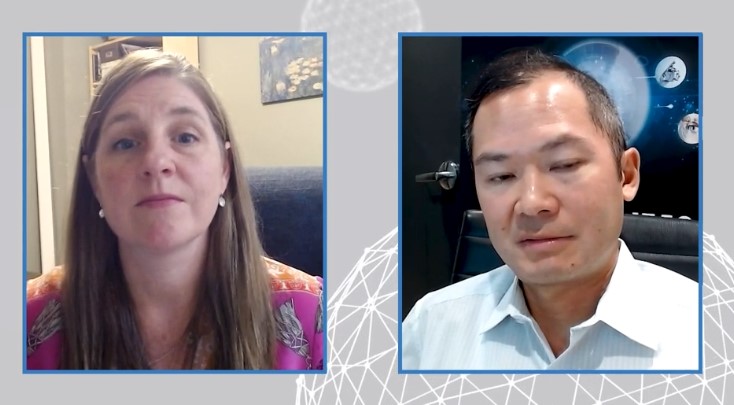 A recent study by IDC Canada gleaned insights from financial services executives about the trend toward AI, and vice-president of research at IDC Canada Warren Shiau presented highlights.

“We found specific areas where AI can really help deal with situational impacts that are coming from COVID. I would say specifically, the thing to think of off the top of your head is that within this pandemic situation, digital persona, and digital commerce just becomes absolutely critical,” he said, adding, “Because the quantifiable ROI is coming from AI being implemented in an operational context, solution builders who have industry expertise to know typical processes and workflows that can be automated for most impact to bottom line are critical to actually implementing AI within our market.”

Data analytics as a service 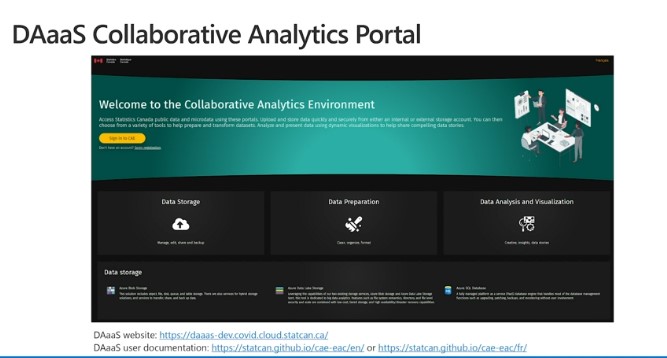 Two years ago, Statistics Canada launched a modernization initiative to, in the words of its chief technology officer Robert McLellan, “Advance leveraging technology and people and new administrative data sources to be building and increasing our relevance to the important conversations discussions of the day.”

Along with the table stakes of maintaining privacy and security, StatsCan wanted to help its users navigate their journey from initial question through identifying the right data and generating a meaningful analysis. With the help of Microsoft’s architectural and engineering expertise, one tool it has developed is a data analytics as a service (DAaaS) platform. When COVID hit, it worked with internal data scientists, its cloud enablement team, and its DAaaS team to quickly build solutions to power its current activities.

“Our goal really is to learn from this lesson and say, how can we actually ensure that this becomes that new normal, you really successfully deliver a data science environment in our analytic workspace, for example, because it was co-created by the very people it’s intended to serve,” he said. “It’s one of the key products that we’ve produced in the last six months.”

Many security teams are sweating buckets to try and keep IT environments resilient and secure as the work from home in sweatpants movement continues. (Come on, you’re lying if you don’t spend at least one day per workweek in sweatpants).

Last month, Microsoft launched its Zero Trust Deployment Center to help businesses adopt, or improve, their Zero Trust readiness, a security model that assumes requests coming at a corporate firewall are from an open network. Every request is fully authenticated, authorized, and encrypted before access is granted. Vasu Jakkal, CVP Microsoft Security, Compliance and Identity, says she’s a “big believer” in the Zero Trust security model, and that’s reflected internally, where the framework is also being used.

“It’s the new norm,” she said about Zero Trust, adding that long-gone are the conversations about building massive IT firewalls. One of the most prominent case studies highlighting the effectiveness of the Zero Trust security model involves The Little Potato Company. Headquartered in Alberta, Canada, The Little Potato Company is a family-owned company with 400 employees that has been the leading producer of Creamer potatoes for nearly 25 years. Yup, even potato farmers get targeted.

When a user’s credentials were compromised and hackers used them to try and access their Microsoft 365 applications, The Little Potato Company – which had deployed Microsoft security solutions like Cloud App Security and Azure Active Directory (Azure AD) – blocked the hacker’s attempts to access the company’s systems with the help of Azure AD’s access policies. Azure AD Identity Protection analyzes each sign-in and calculates the likelihood that an attempt to sign in was performed by the legitimate owner of a user account. In this case, Azure AD reported that access attempts were made from multiple locations using an operating system that hadn’t been observed before, and they were blocked. It shows that a relatively small company with limited resources can wield tremendously powerful security tools with ease, noted Jakkal.

Lynn Greiner
Lynn Greiner has been interpreting tech for businesses for over 20 years and has worked in the industry as well as writing about it, giving her a unique perspective into the issues companies face. She has both IT credentials and a business degree.