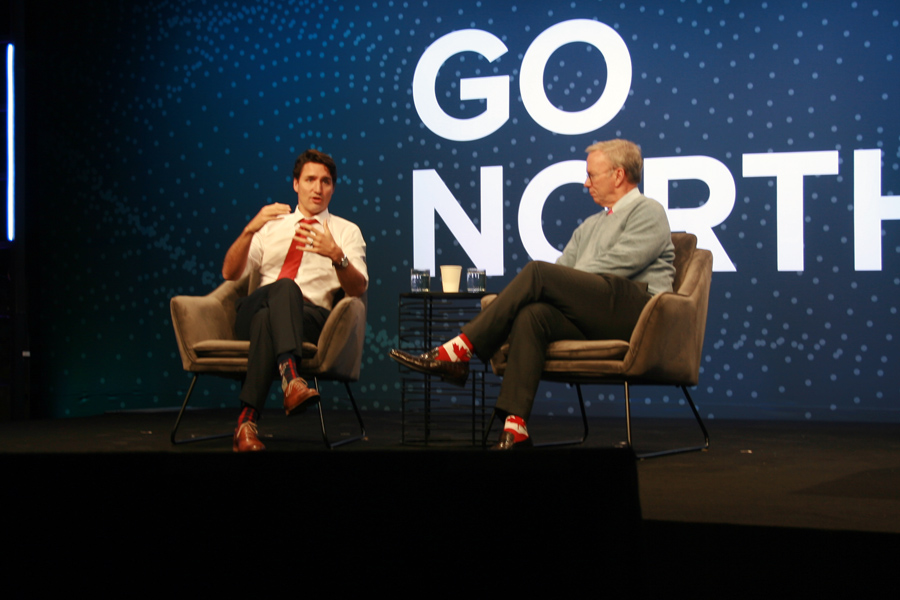 TORONTO – Google charmed many a Canadian – including Prime Minister Justin Trudeau, who was interviewed by former CEO and present Alphabet Inc. chair Eric Schmidt – on Thursday with its second-ever Go North, an annual conference dedicated to all things Canadian tech. Join us for a look at some of the highlights. (And in case you’re wondering, Schmidt said he was inspired by Trudeau’s penchant for offbeat socks to wear a pair of his own.) 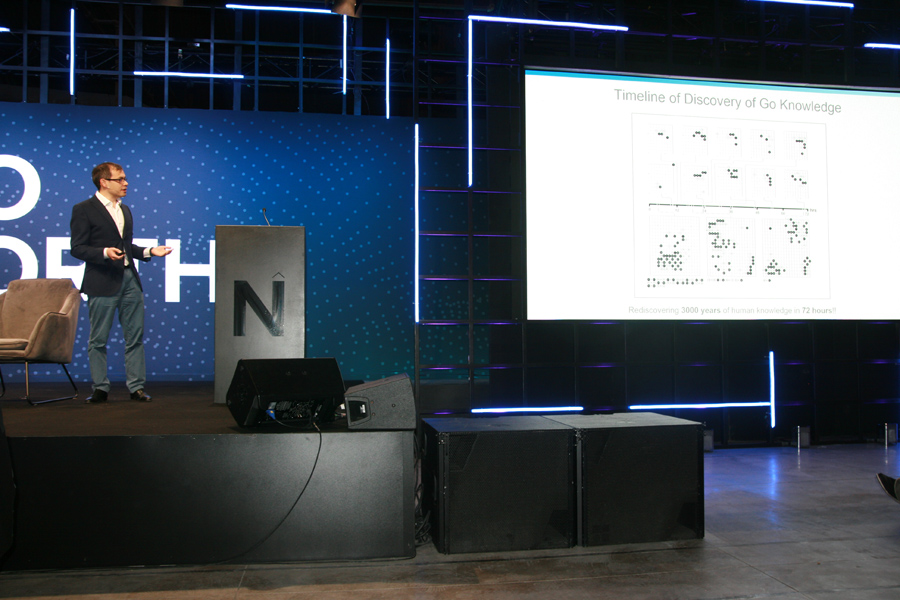 We won’t pretend we followed every step of his presentation, but before Trudeau’s appearance, DeepMind founder and CEO Demis Hassabis explained how the artificial intelligence firm-turned-Google subsidiary (with an office in Canada!) trained its AlphaGo AI platform to defeat Lee Sedol, arguably the greatest living player of what is widely considered one of the most complicated games in the world. (It partly involved teaching 3000 years of Go history in 72 hours.) 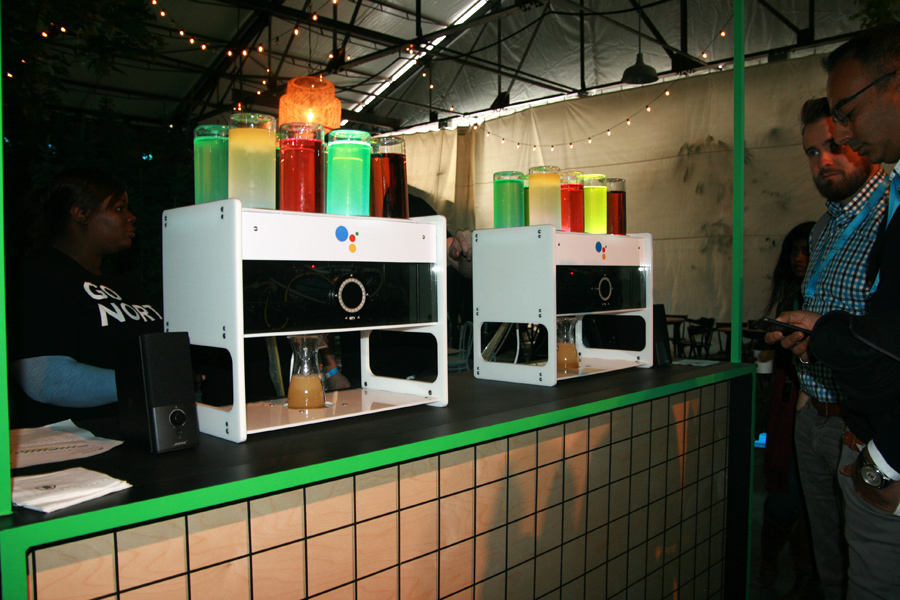 This mocktail mixer is voice activated – users state the drink of their choice, and a custom build of the Google AI platform acknowledges their request and mixes their selection from the available ingredients. Sadly, despite the vast-looking selection, this AI-powered server currently mixes only two drinks: “Pearing Mode,” a mix of pear juice, lime juice, and rosemary syrup; and “Mocktail Mule,” which contains mango juice, lime juice, cucumber, honey syrup, and ginger beer. 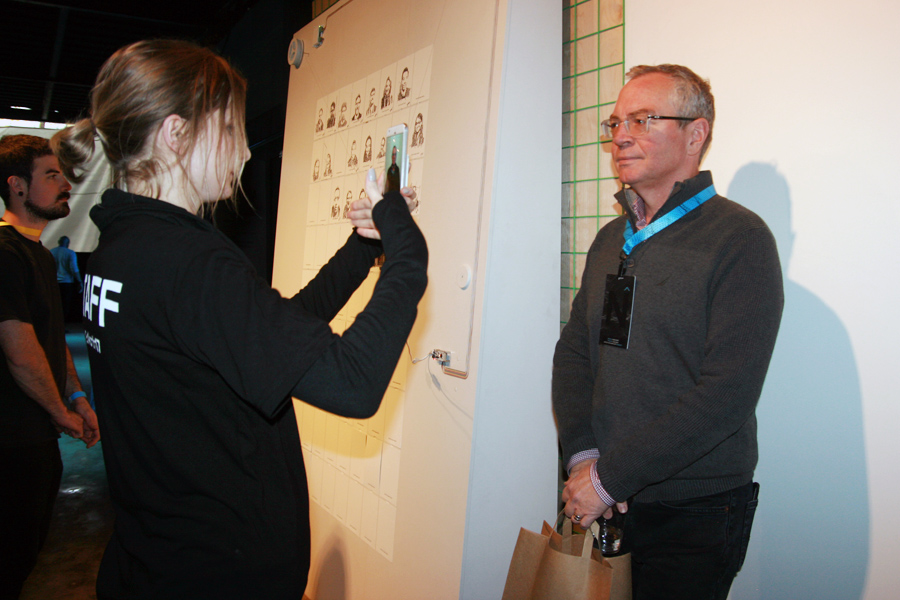 A project from Google’s open-source Android Experiments library, the IOIO plotter is connected to a smartphone, which the attendants use to shoot photos of volunteers. 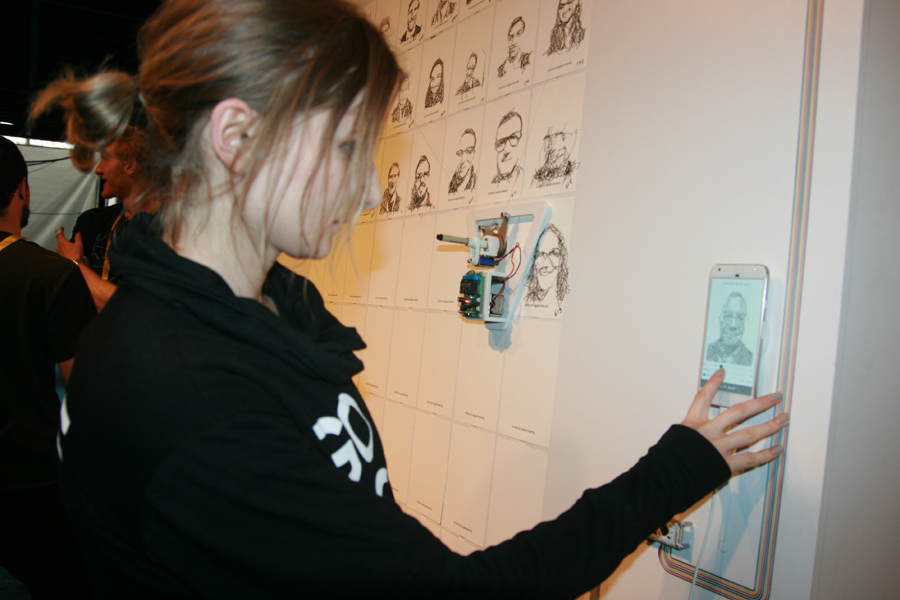 The photos are then converted into line drawings, which users can simplify or make more detailed as they wish, after which… 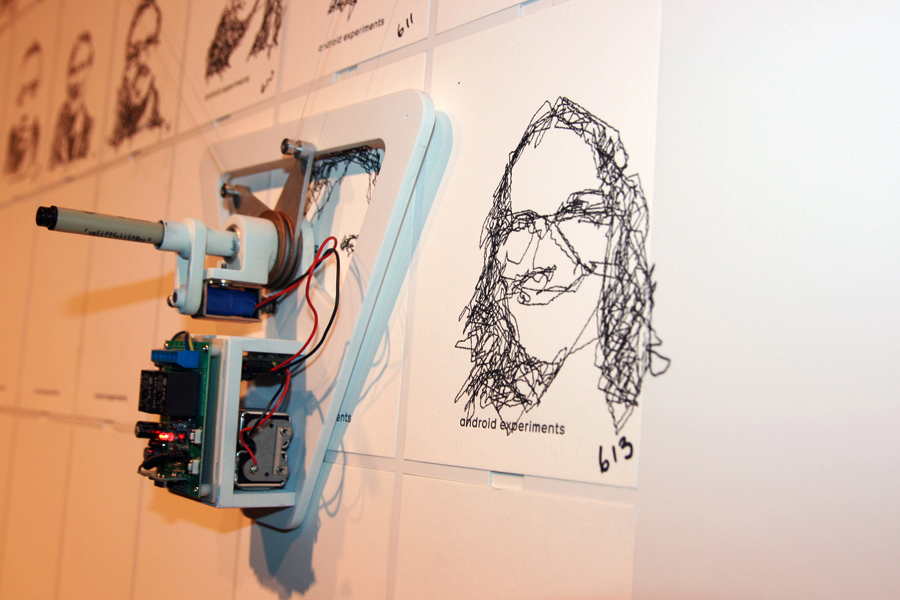 …A spool, string, sharpie, and IOIO-board-based contraption automatically draws the resulting masterpiece, which volunteers were promised could be picked up by the end of the day. 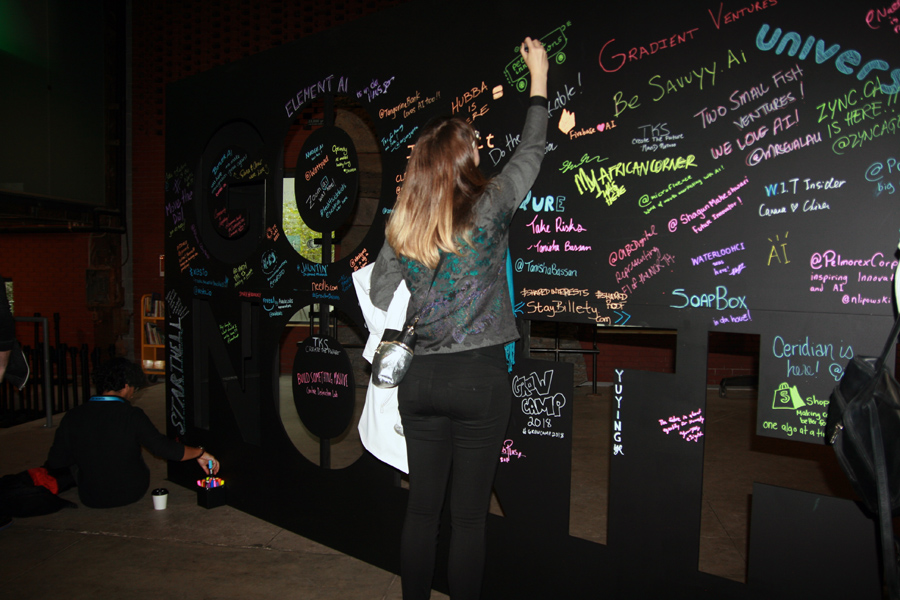 Every conference it seems, must have a doodle wall. Actually, very few of them do, but apparently we can add Google to the list. 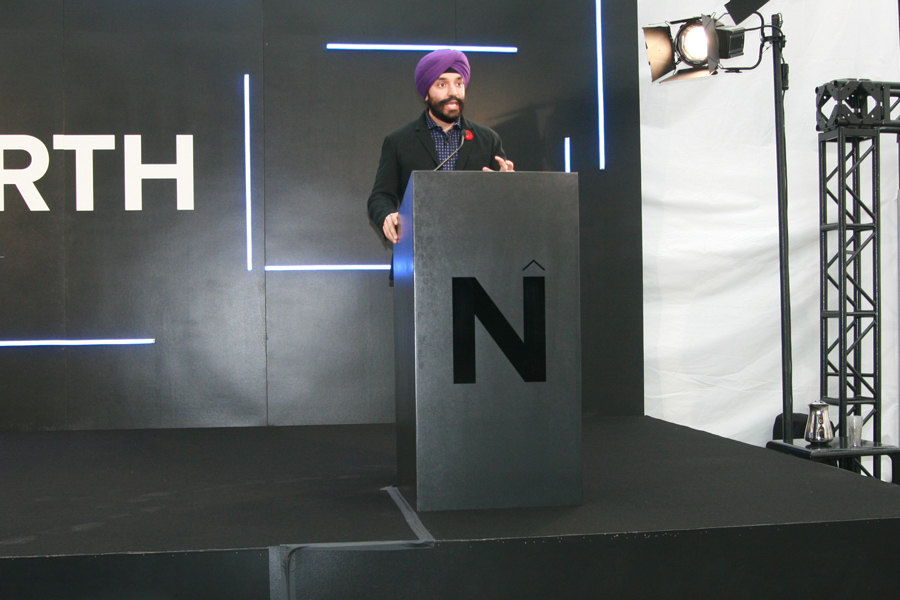 After serving as a keynote speaker at last year’s Go North, Minister of Innovation, Science and Economic Development Navdeep Bains spoke at one of this year’s many breakout sessions. “By 2030, growth attributed to artificial intelligence will be $50.7 trillion of the global economy,” he said. “We want a slice of that pie. We want to make sure that Canada benefits, [and] we want to make sure that our fellow citizens benefit.” 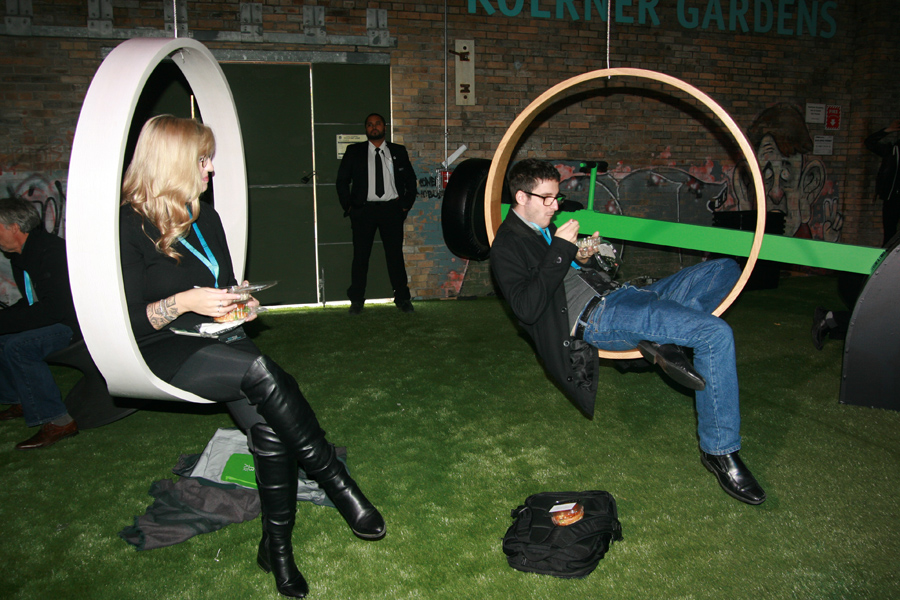 As it had last year, Go North took place at Toronto’s Evergreen Brick Works, a warehouse-turned-nature-preserve that includes a “garden” among its event locations. Added to that garden for Go North: Playground equipment, with attendees invited to eat lunch on wooden tire swings or even a seesaw if they wished.