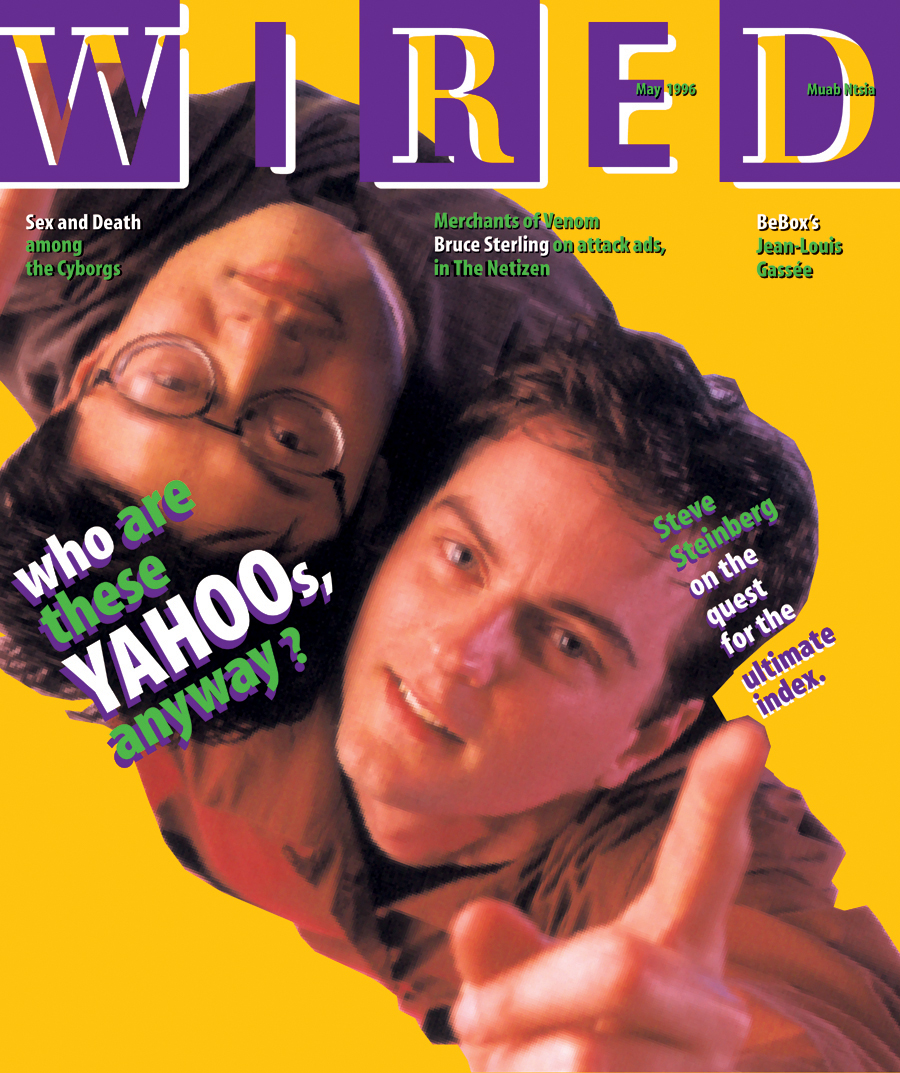 It may be hard for today’s youngest millennials to believe, but Yahoo! (the exclamation mark was added because – according to Wikipedia, at least – the word had been trademarked by barbecue sauce, knives, and canoes) was the Google of its day, founded in 1994, and valued at $140 billion USD back in 2000. Today it was sold to Verizon for less than $5 billion USD. So how did Yahoo go from trailblazer to also-ran? Let’s take a look. 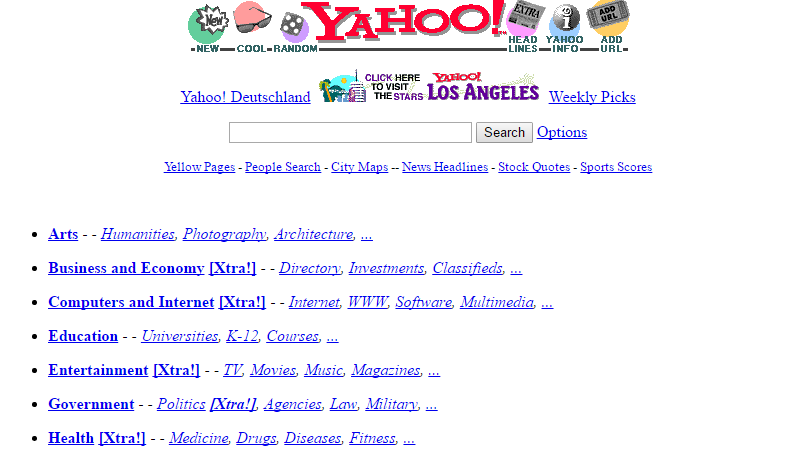 Like one of its most prominent successors, Facebook, Yahoo began as a side project for its founders, Jerry Yang and David Filo, who built what they initially called “Jerry’s Guide to the World Wide Web” in their spare time while studying at Stanford University. After two months, they renamed the site “Yahoo,” after the race of horse-ruled humans in Gulliver’s Travels, and a year later, in March 1995, with help from serial entrepreneur Randy Adams and venture capitalist Michael Moritz. The company made its first public offering – at $33.00 USD per share – in April 1996. 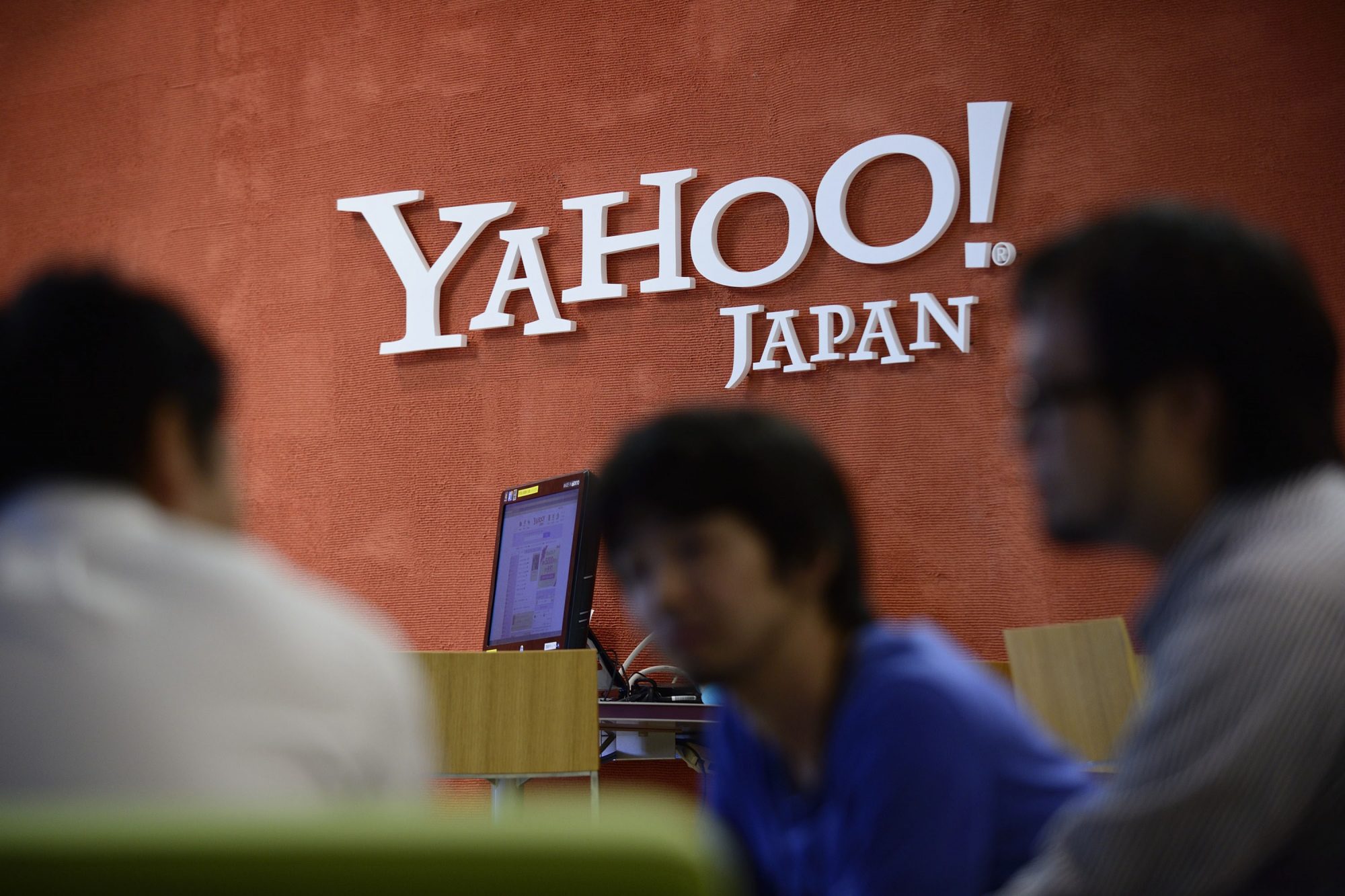 In January 2000, at the height of the dot-com tech bubble, Yahoo Japan became the first stock in Japanese history to exceed ¥100 million reaching a price of 101.4 million yen ($962,140 USD at the time). And while today the North American version is worth significantly less, Yahoo’s counterpart in the land of the rising sun is as popular there as Google is here. In fact, Yahoo Japan, formed in 1996 as a joint venture between Yahoo and Japanese tech giant Softbank, remains its own entity and was not included in today’s acquisition. 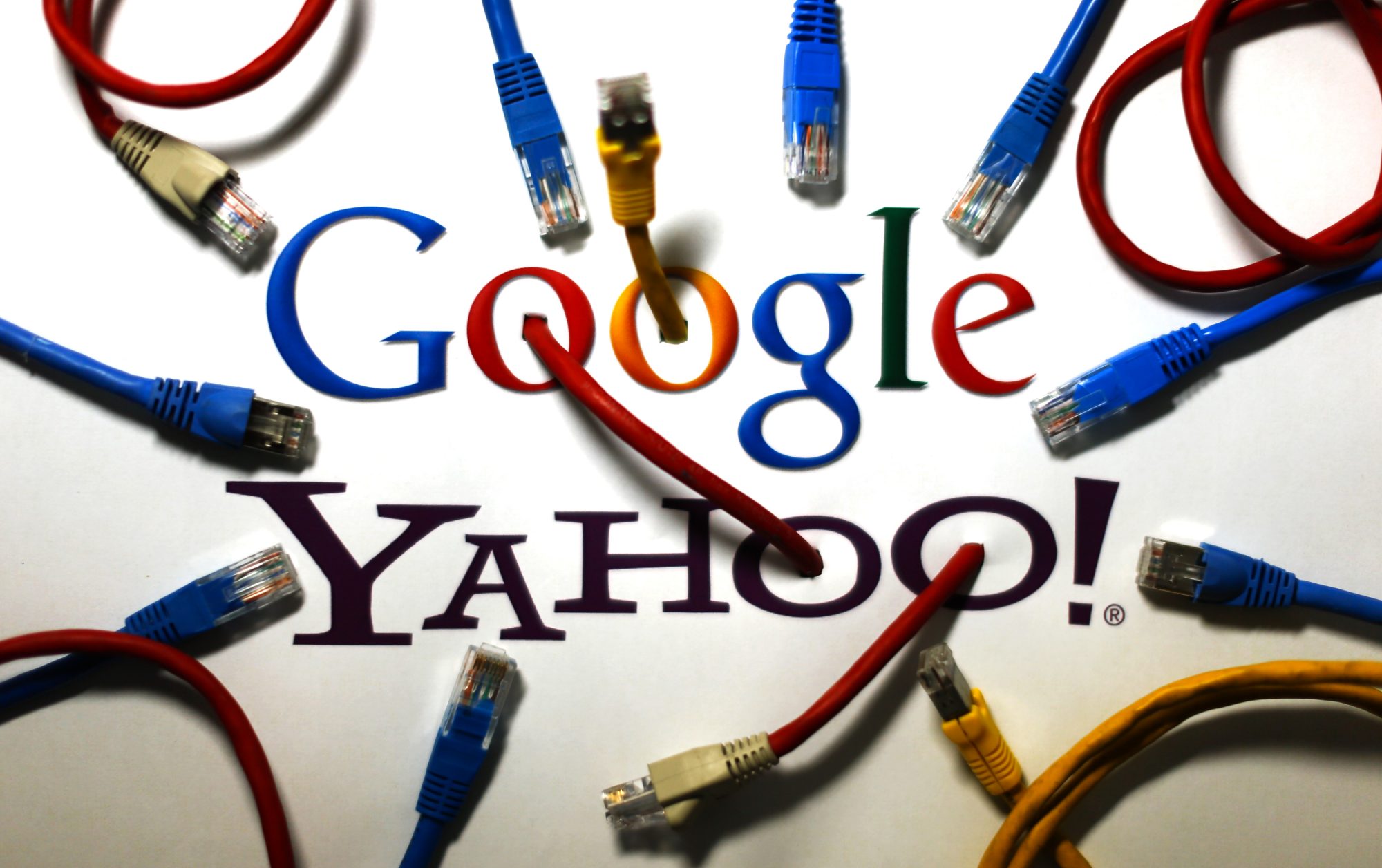 It’s unthinkable now, since Yahoo’s main competitive advantage over Google lies in its goal of quality over quantity by returning homepages, instead of individual pages, in its search results, but Yahoo once relied on Google’s search engine to power its Internet searches, which it revoked in 2004. The company later made a search deal with Microsoft as well, and today its searches are powered by Bing technology. 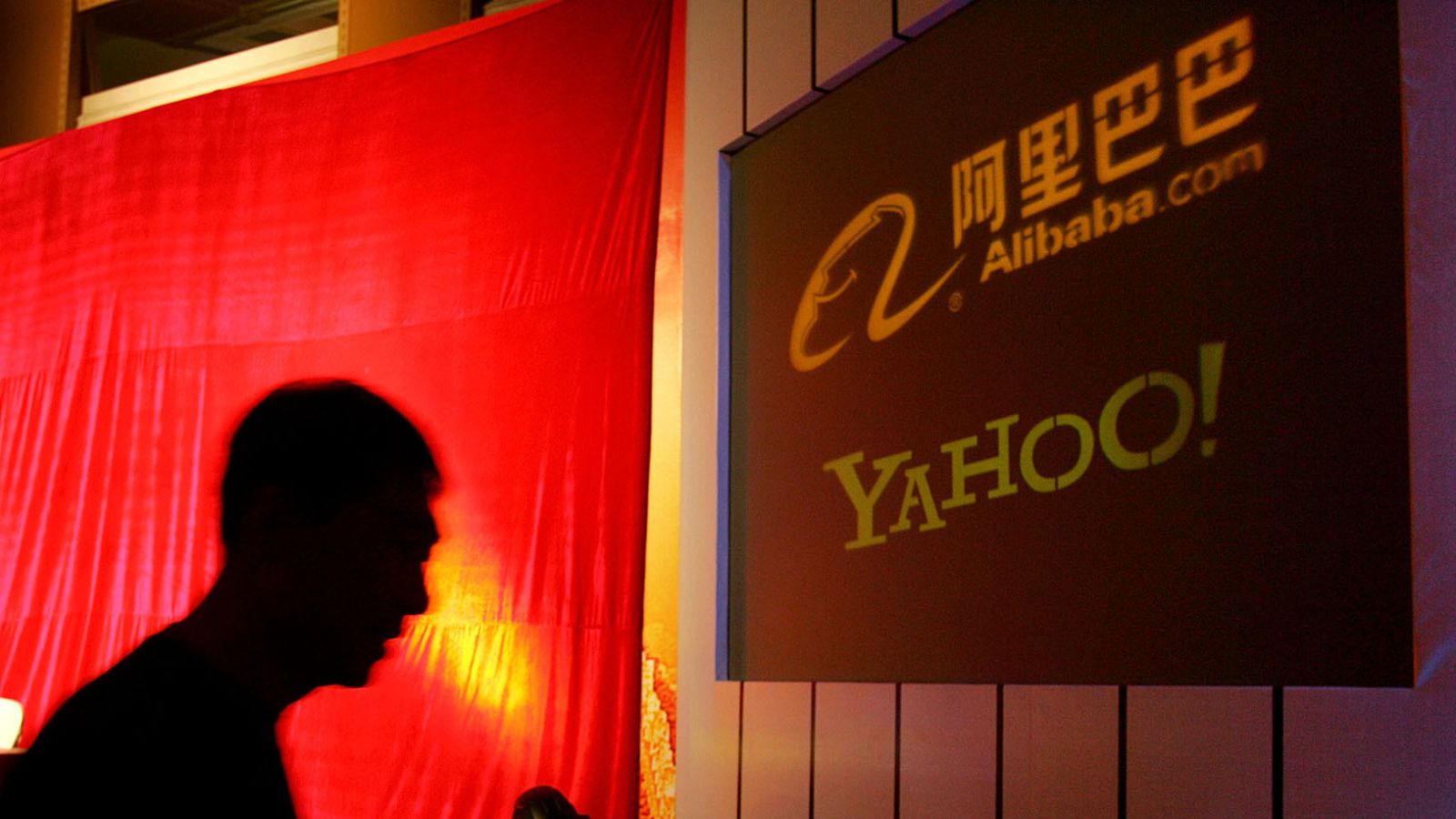 What has turned out to be the company’s smartest financial decision was made in August 2005, when Yahoo purchased a 40 per cent stake in Chinese counterpart Alibaba – which, though not well known to the general public, has become a tech giant to rival Google. Yahoo sold half of its stake in the company for $7.1 billion in May 2012. 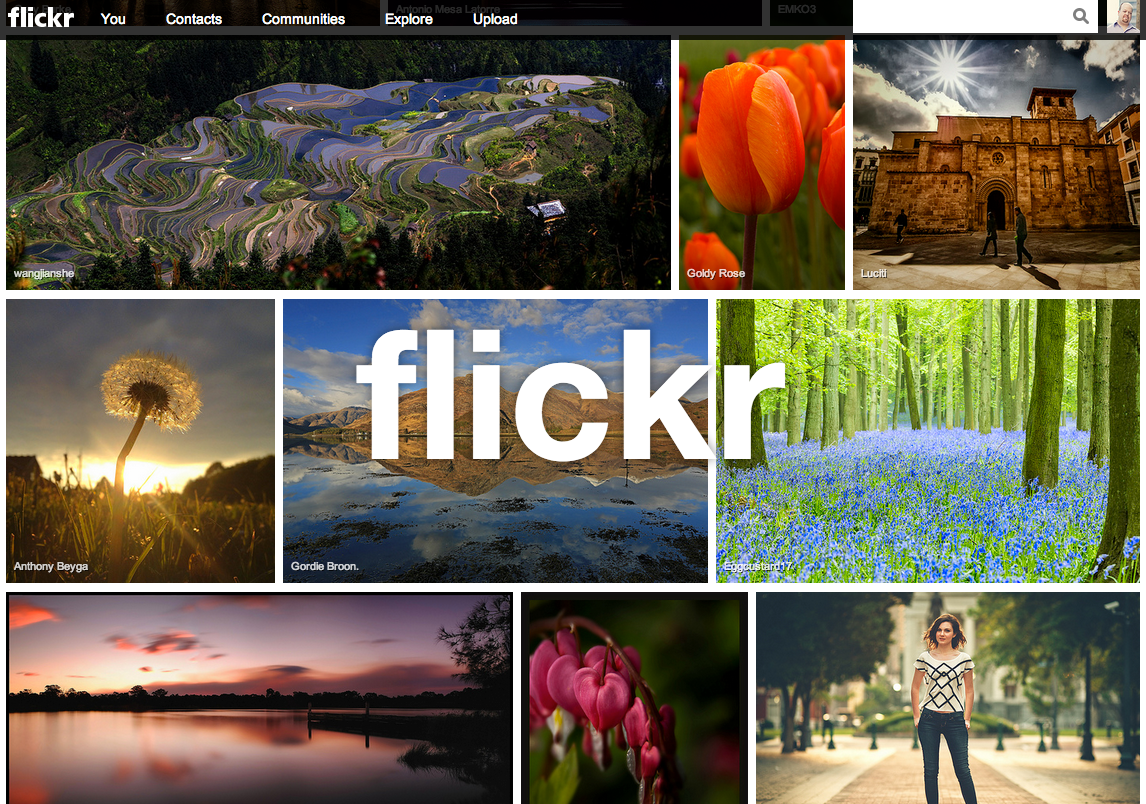 Yahoo has made several acquisitions over the years, both high-profile and not, but its most prominent acquisition in the public consciousness is probably photo-sharing site Flickr, which it acquired in 2005 and which remains a crucial part of the company’s operations today. Yahoo revamped the site in 2012. 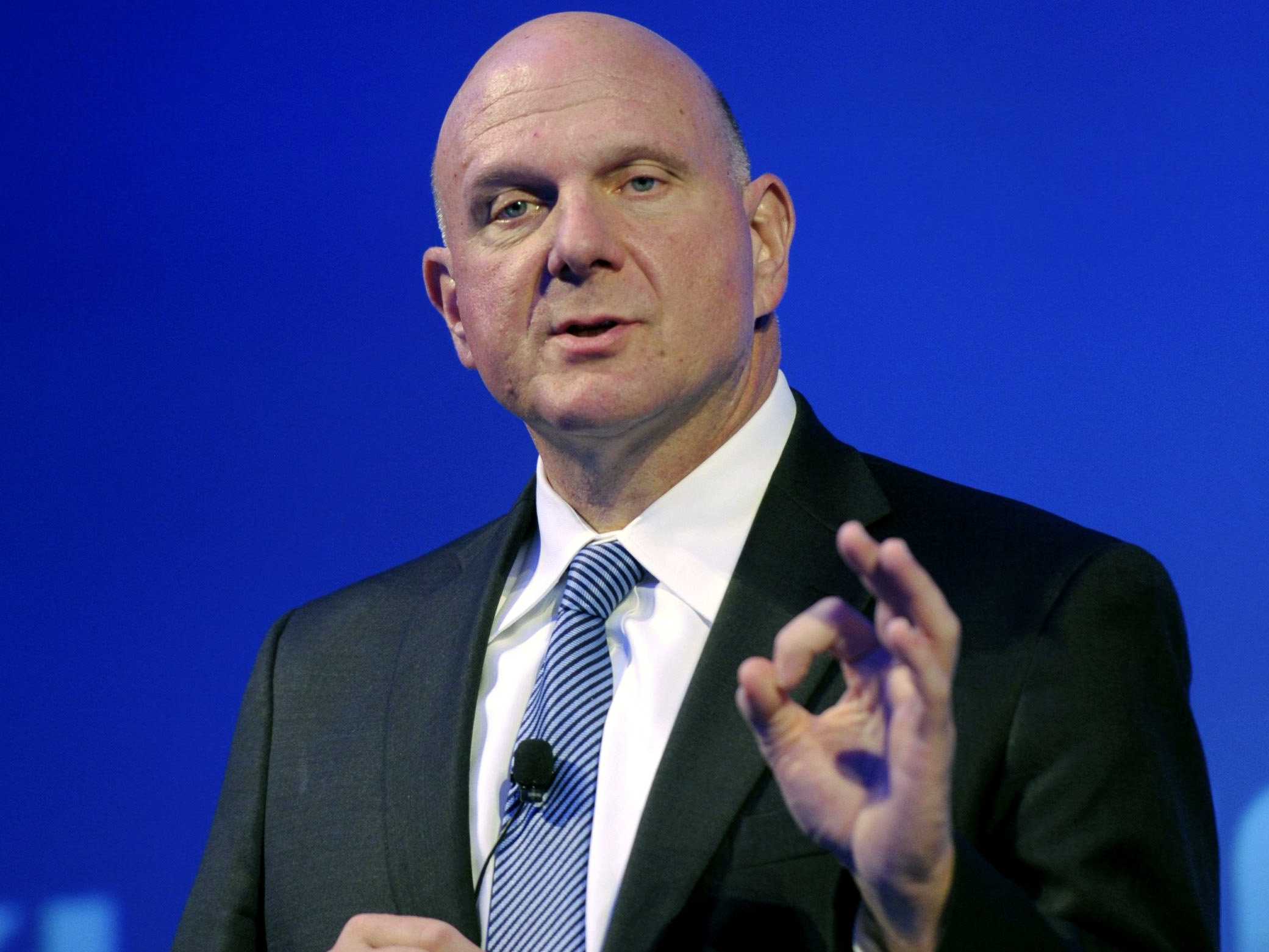 How times change. When then-Microsoft CEO Steve Ballmer made an unsolicited bid for Yahoo, his offer was dismissed by then-CEO and co-founder Jerry Yang as being too low. Later that year the so-called “great recession” began, bringing Yahoo’s stock down and causing Ballmer to comment that “sometimes you’re lucky.” 2008 marked the beginning of several tumultuous years for Yahoo, as it went through four CEOs between then and current CEO Marissa Meyer’s arrival in 2012. 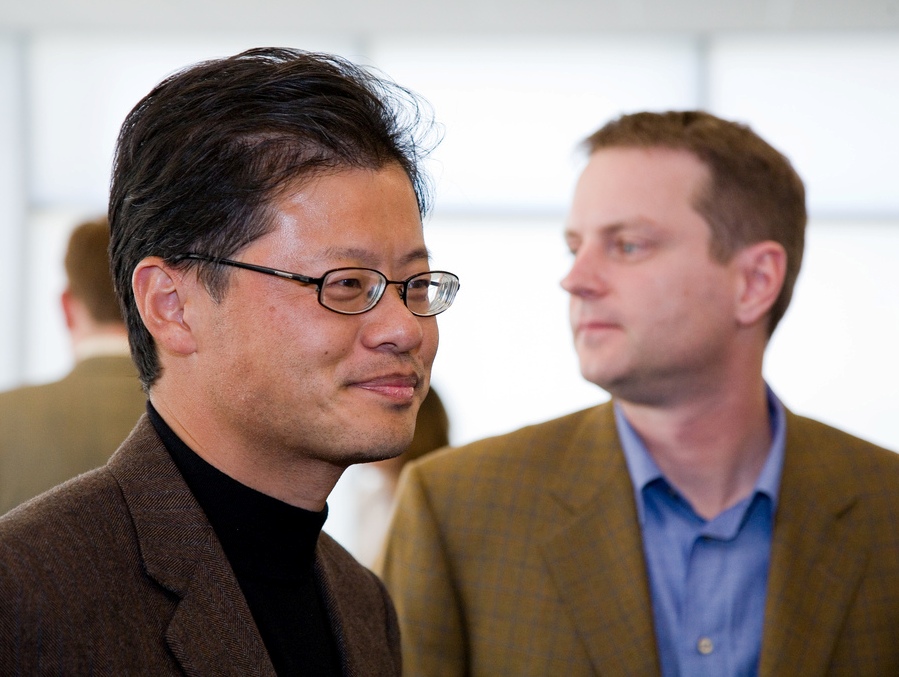 Yahoo co-founder Jerry Yang’s 18-month term as CEO was tumultuous from the beginning: Stepping forward to replace former CEO Terry Semel, who led the company until 2007, he put forward several initiatives to right the ship, such as acquiring Rivals.com and a stake in Tyroo Media, but his rejection of the Microsoft bid was seen as the last straw. An ousting attempt by activist investor Carl Icahn led to his departure in November 2008 and the appointment of Carol Bartz as CEO. 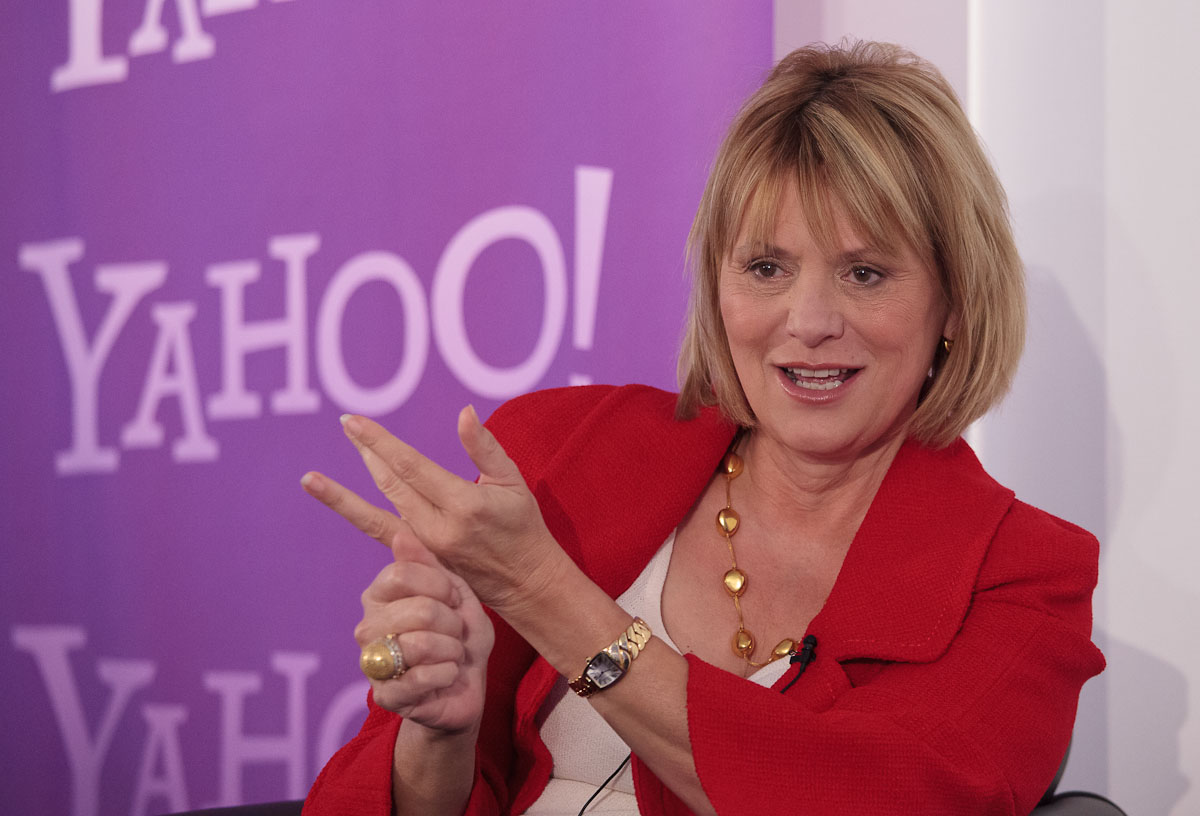 We’ll say this for Yahoo – it’s shown a remarkable commitment to inclusiveness by prominently hiring not just one, but two women as CEO. Unfortunately the most prominent thing about Carol Bartz, who sealed a search deal with Microsoft and acquired mobile gaming startup Citizen Sports, was ultimately her departure – she was fired over the phone, and more than happy to share the reasons she was given with the media. 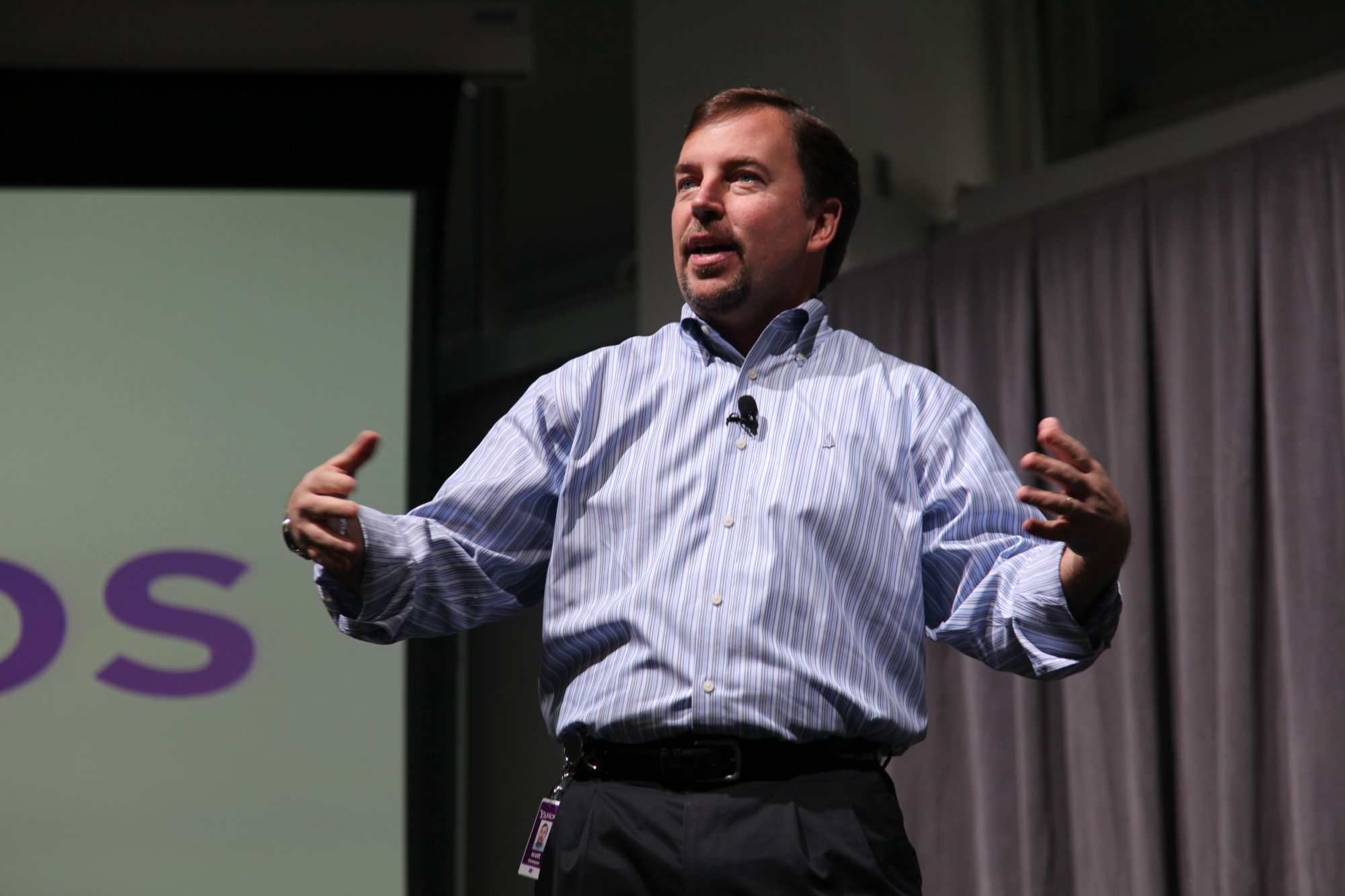 When Scott Thompson (not the guy from Kids in the Hall) was brought into Yahoo, he brought with him a reputation for ruthless cost-cutting, which he delivered on by shedding 2,000 jobs – approximately 14 per cent of Yahoo’s workforce – during his tenure. Today he serves as the company’s CFO. 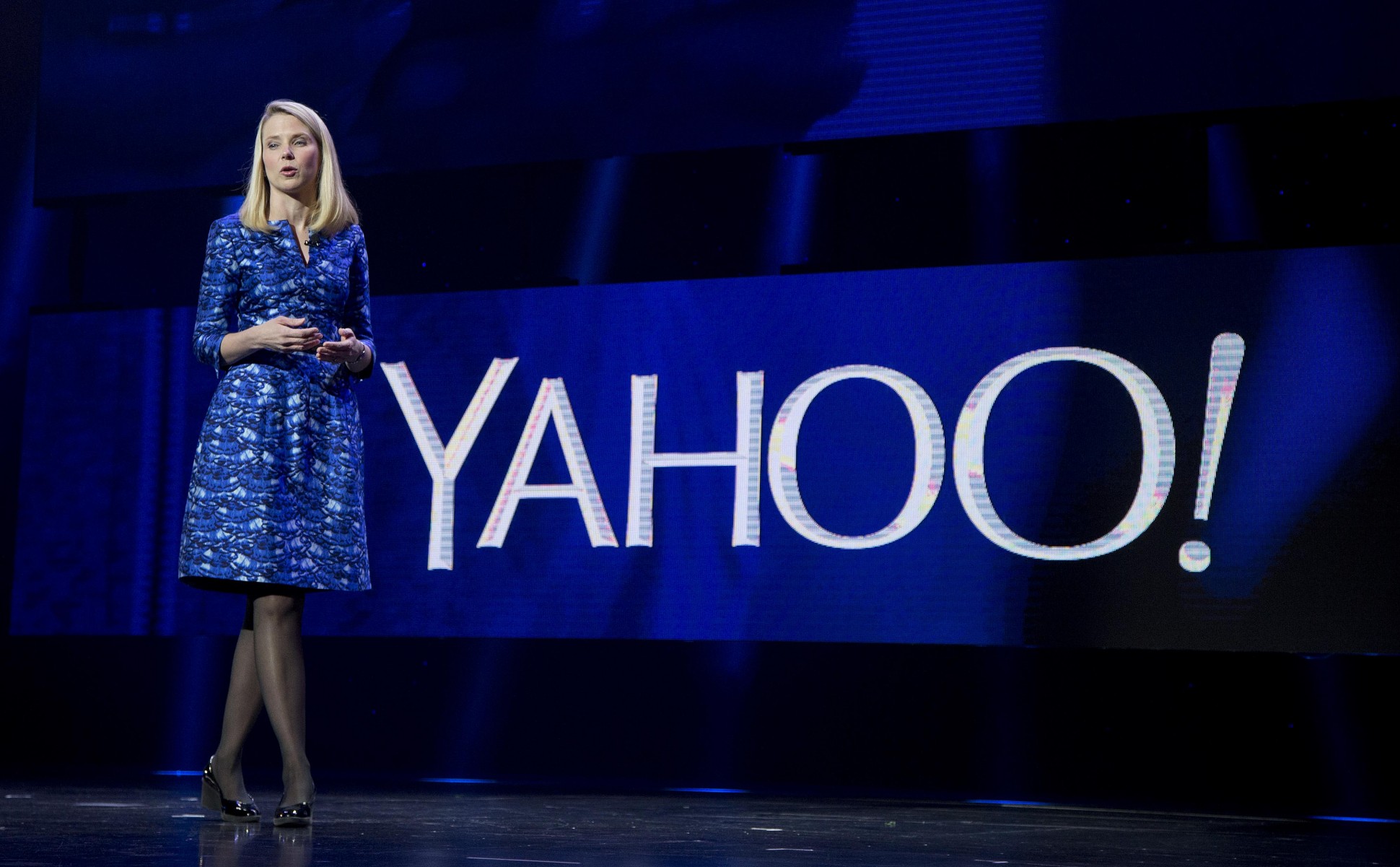 Even today, the hiring of a CEO like Marissa Meyer would make headlines – she was only 36 when she started the job, and about to deliver a baby, a (still unfortunately groundbreaking) signal that a Silicon Valley tech giant believed a woman – a new mother – could run its company. As CEO, Meyer’s eye-catching moves have included acquiring Flickr, appearing in Vogue magazine, and buying mobile ad firm Flurry, though she still faced harsh criticism on Wall Street, up to and including today. 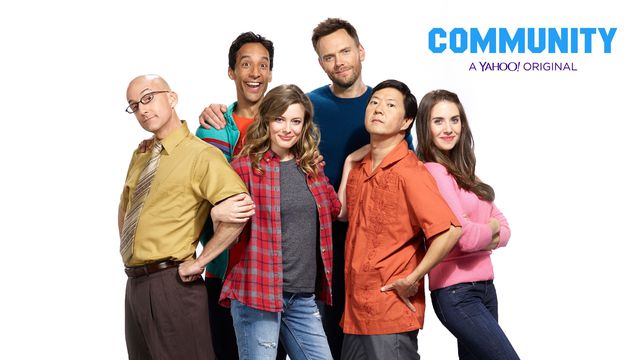 As fans of Community, we feel this is as good a time as any to mention the $42 million writedown Yahoo took on Yahoo Screen, its ill-fitting attempt to compete with Netflix and Amazon Prime’s original programming, joining Burning Love, Sin City Saints, and Other Space in the company’s surprisingly long list of failed stabs at creating original content. But hey, at least we got a sixth season of Community out of it. Now for that movie… 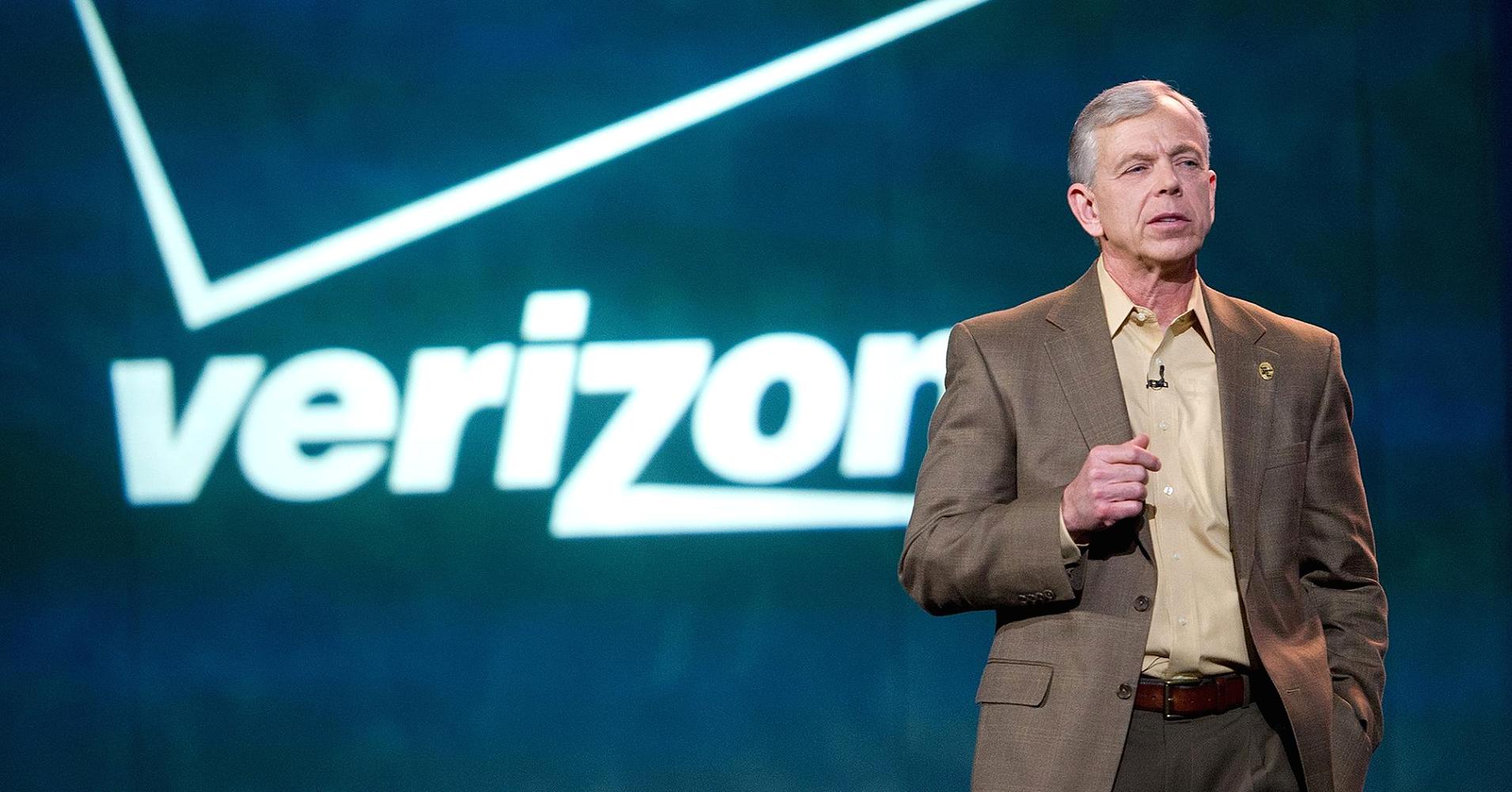 On July 25, of course, Yahoo announced that it would be acquired by U.S. telecom giant Verizon for $4.8 billion, an amount that some analysts believe is overvalued, though the company’s flagship site still has some 43 million daily visitors – not an insignificant number. It’s likely that Verizon is investing in Yahoo more as a content creator and less as a tech company, but what it will do with that investment remains to be seen.