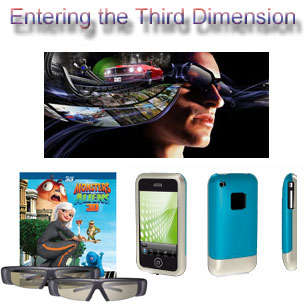 3D TVs may have just hit the market in Canada but it isn’t the first technology to delve into the third dimension.

From 3D cameras that can produce hologram-like photos, to video gaming rigs, to glasses-free 3D set ups for your iPhone, there’s a gamut of ways to enjoy 3D content in Canada.

Explore our 2D slideshow as we take you on a tour of what’s available now and what to expect in the months ahead as the 3D market heats up. 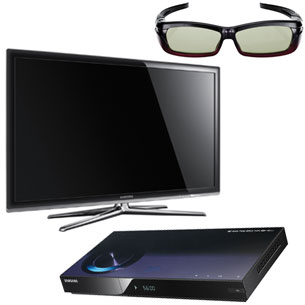 Samsung will be releasing plasma 3D TVs, then LCD 3D TVs in the near future, which will cost less than the LED units. The sets also include features such as Internet streaming via WiFi. 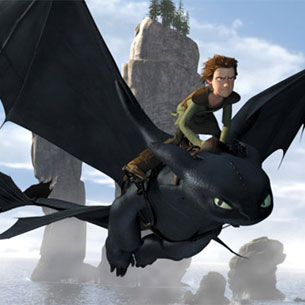 3D on the really big screen

3D has gained a lot of attention thanks in no small part to James Cameron’s Avatar movie. Using cutting edge digital effects to bring audiences into the film, Avatar scored more than $200 million in box office revenues at 3D Imax screenings alone. So it’s no wonder the Canadian-born firm is planning to screen six 3D films for 2010. That includes the newly released Alice in Wonderland, raking in more than $54 million to date at the box office, and just-released Dreamworks’ How to Train Your Dragon.

Imax is also expanding into the 3D TV market. On Jan. 5, it announced plans to launch a 24-hour 3D TV network in the U.S. with Discovery Communications and Sony Corp. as partners. 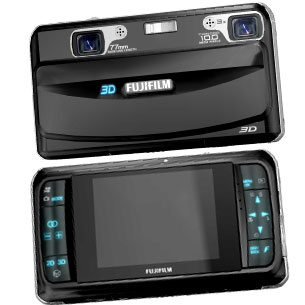 It’s only natural that as soon as you can watch 3D content, you’ll want to produce 3D content too. Manufacturers such as Sony are betting consumers will want to start taking home movies and photos in 3D and have products readying for market release this year.

For those who can’t wait, Fujifilm’s Real 3D W1 camera uses two Funjinon lenses and two CCDs to capture left and right views of your subject. The camera’s LCD screen lets you review your shots in 3D. You can even print your photos in 3D using lenticular sheets. 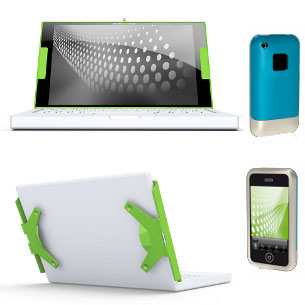 3D without the glasses

Toronto-based Spatial View Inc. believes auto-stereoscopic (3D TV sans glasses) is the future. It has developed software that can generate 3D images without the need for glasses.

The 3DeeShell is an iPhone case that will make Apple’s mobile device 3D capable. This costs $49, but Spatial View plans to release a new, lower cost case soon.

The 3DeeFlector brings glasses-free 3D content to your laptop. There will only be a 13.3″ screen size adapter, and the product is coming soon. 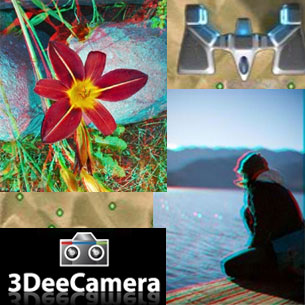 Spatial View is planning to support its 3D iPhone and iPod Touch case with a bevy of 3D content apps. It is currently working with Apple to launch a 3D apps store powered by the iTunes backend. Expect to see it launched this Summer. For now, several 3D apps can be used with the 3DeeShell.

3DeeCamera lets you quickly snap two photos with your iPhone. Then you are able to select to view them in one of three different types of 3D. You can also make alignment adjusts to get the 3D effect just right.

3DeeFriends lets you browse through Facebook photo albums in 3D. For some 3D gaming, try Hunter3Dee, a top-down space shooter. 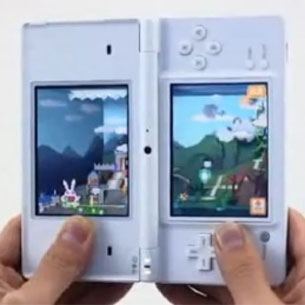 Nintendo has recently announced it will launch the Nintendo 3DS in Japan before the end of March 2011. The 3D-capable version of its popular portable gaming system will be backwards compatible, adding a visual depth overlay to older titles. All that’s known about the 3D technology behind the gaming console right now is that it won’t require you wear glasses.

Gamers will have to wait until the E3 conference this summer to see how it really works. But a DSi Ware game that uses face-tracking technology to create a 3D effect on existing DSi units could be a hint. 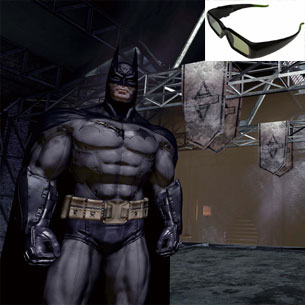 Nvidia has been selling its 3D Vision kit for some time now. With a compatible graphics card, display, glasses, and Windows-based PC, you can watch movies and play games in stereoscopic 3D. You can use a 120 Hz HD TV as your display with this system, too.

The glasses cost $149 a pair, which is less than the specs currently being sold with Samsung’s 3D TV offer. Nvidia’s 3D Vision site has a test you can run to see if your system is already compatible. If it’s not, you can buy packages or view a list of other compatible hardware options. 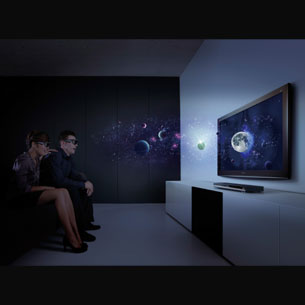 Panasonic Canada is another firm making forays into the 3D TV arena.

The electronics behemoth recently announced its initial Full HD 3D TVs will ship in the Spring of 2010.

One pair of 3D eyeglasses will be included. 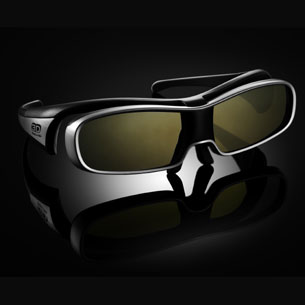 Panasonic’s Full HD 3D televisions will provide full 1080p resolution to both right and left eye. These TVs feature new phosphor technology that allows them to switch quicker, eliminating crosstalk between the left and right eye signal. The result, says Panasonic, is a much smoother 3D image. The Full HD 3D models have a panel life of up to 100,000 hours and are mercury and lead free. Panasonic has also introduced a new HS series HDMI cable to handle the high data transfer speeds required by Full HD 3D. 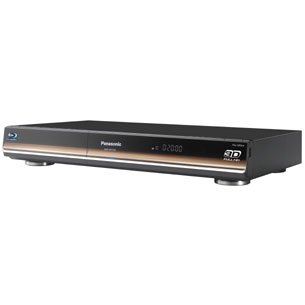 In addition to its 3D TV lines, Panasonic has also introduced its first 3D Blu-ray Disc player, the DMP-BDT350. The player is meant to be used with a Full HD 3D Plasma television and 3D shutter glasses. It uses an image processing technology developed in collaboration with Panasonic Hollywood Laboratory. Panasonic says this technology reproduces clear, vibrant colours that are faithful to the original film.

The DMP-BDT350 will be available in May, and have a maximum sales price $599.