A wave of digital change 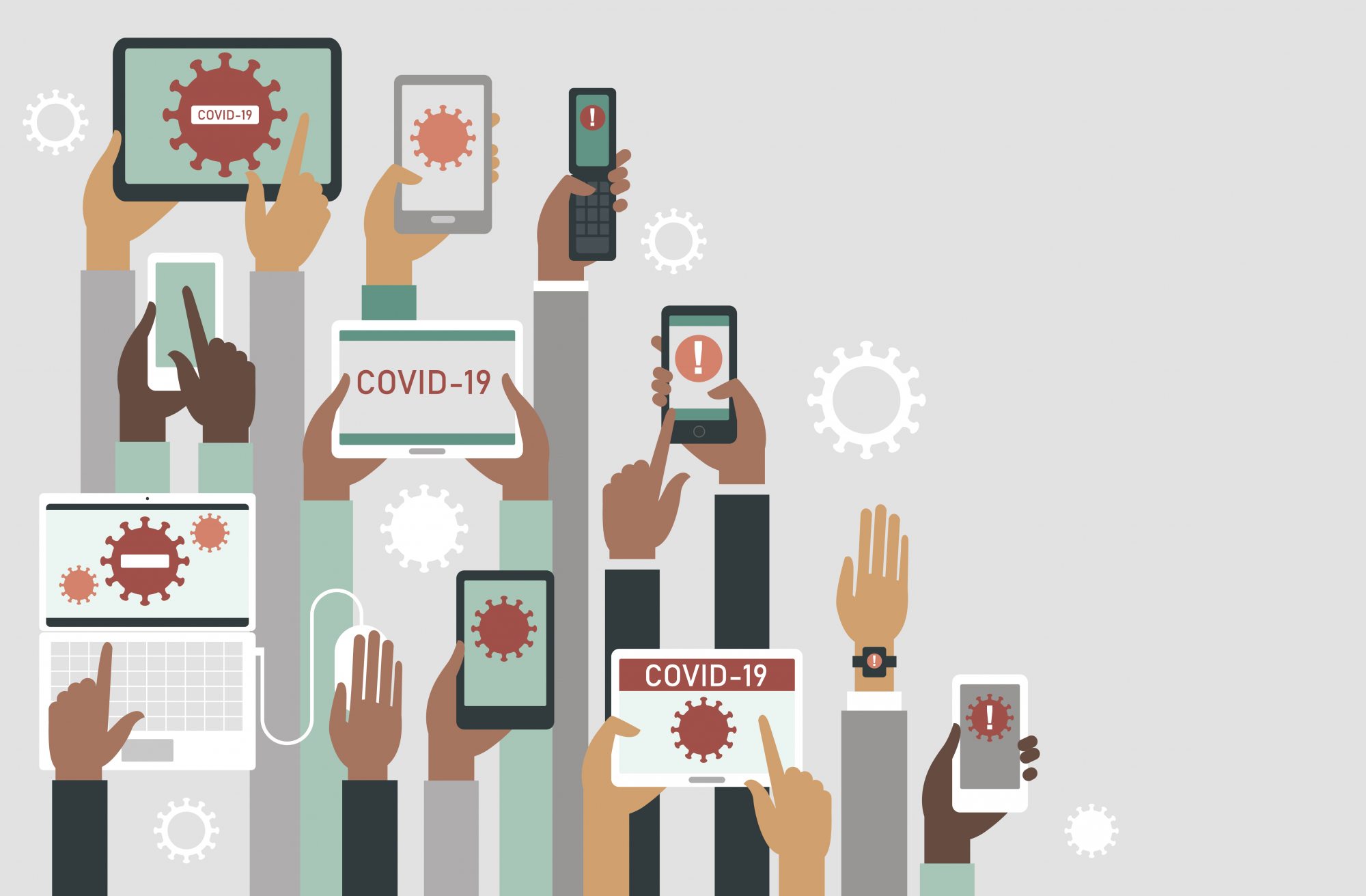 Stories about the impact of the ongoing pandemic on the digital world are making rounds all over the internet! Far from breaking it, the rapid increase in usage the internet is seeing right now with people practicing social distancing, and organizations operating remotely is driving a major upgrade.

With all that has been happening this year, our internet connection and the digital world has become a necessity and a nurturing link to the outside world. This slideshow sheds light on the various ways in which both private and public organizations have been impacted.

Internet traffic is at unprecedented highs 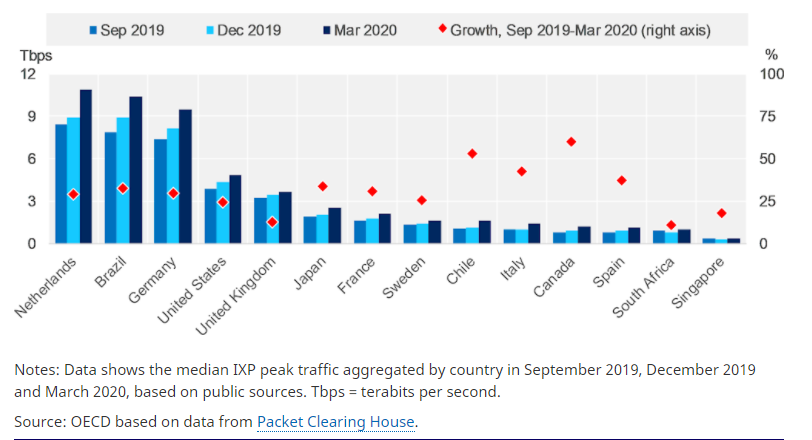 Internet traffic grew globally by more than 40 per cent between Feb. 1 and April 19, with almost all of that increase occurring in March and April, according to a report by the Waterloo, Ont.-based network management company Sandvine. This trend continues and can be attributed to users around the world going online more than ever to work and study from home, watch videos and play games.

According to an Organization for Economic Co-operation and Development (OECD) report that analyzes internet bandwidth at internet exchange points, by country, demand for broadband communication services has soared, with some operators experiencing as much as a 60 per cent increase in internet traffic compared to before the crisis. The report indicates that Canada has seen the highest jump of the 14 countries measured. Similar to the traffic trends seen at many other internet exchanges, traffic at the Toronto Internet Exchange (TORIX) grew in mid-March as COVID-19 spread throughout North America and schools and businesses shut down. Traffic remained elevated through May but dropped during the early summer months before starting to grow again in August.

Indigenous communities in Canada have been hard hit

Fixed-mobile upload and download speeds have grown 5 to 10 per cent in Canada. However, the Indigenous communities in Canada have been particularly hard hit by a lack of reliable internet connectivity during COVID-19, according to the Internet Society.

According to Statistics Canada, roughly 60 per cent of Indigenous peoples live in predominantly rural areas – 33 per cent more than the share of non-Indigenous peoples living in rural areas. According to the Organization of Economic Co-operation and Development (OECD), low-density remote areas tend to have less diversified economies, lower labour market attachment, lower educational attainment and poorer health outcomes. Remote locations are also less likely than urban hubs to have adequate telecommunications and internet infrastructure, drastically reducing the connectivity of Indigenous startups to their partners and customer bases. 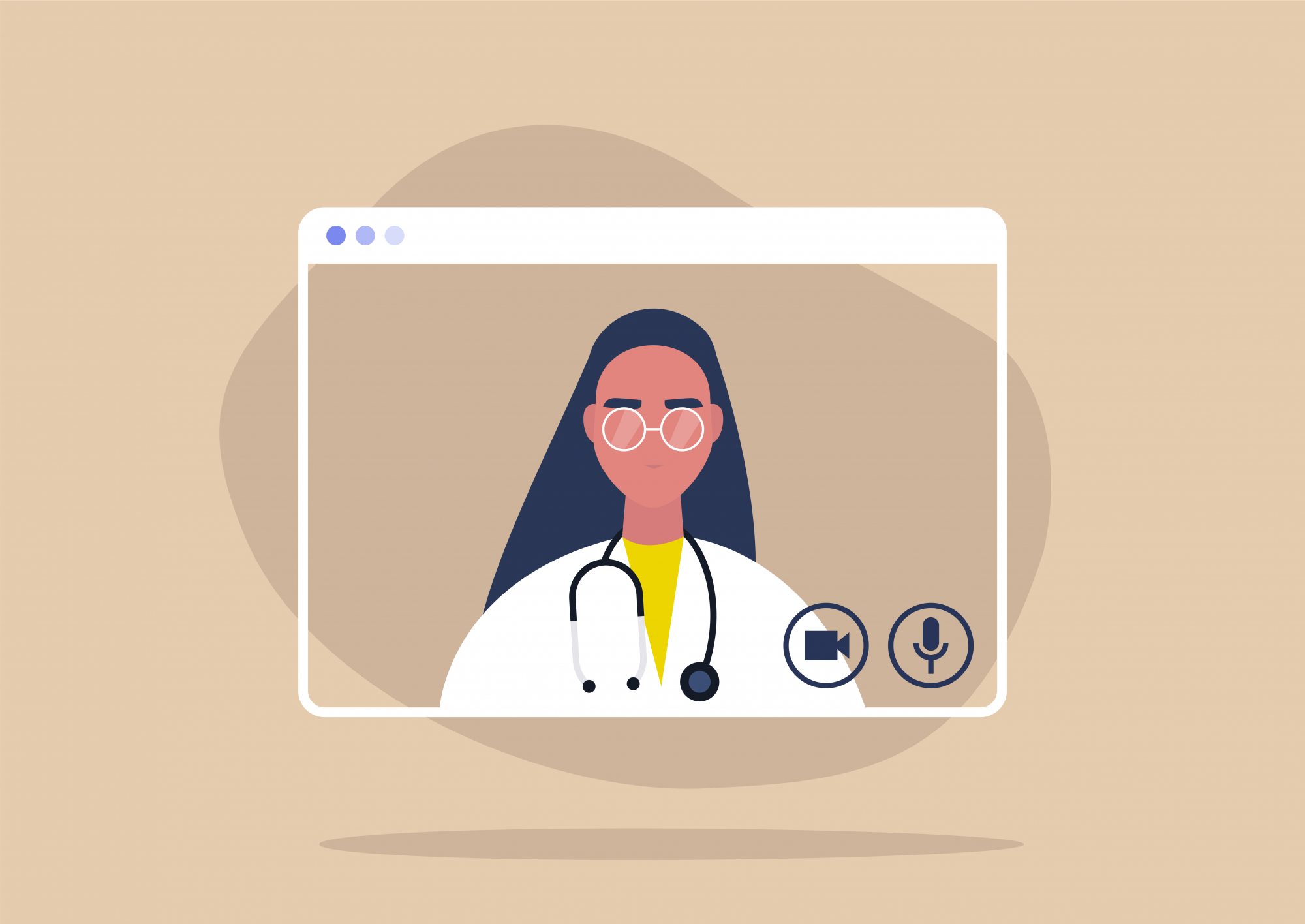 COVID-19 has accelerated patients’ ability to continue communicating with their healthcare providers via telemedicine. Healthcare providers have been able to communicate with patients 24/7 via webcam-enabled computers and smartphones. Telemedicine visits may include video communication but may also include text, email and mobile-phone applications as well as wearable devices and chatbots.

The use of telemedicine has had positive impacts in the public health emergency, including allowing the rapid deployment of large numbers of healthcare providers and the providing of services when local hospitals and healthcare centres are unable to meet demand, according to research. The increased use has encouraged discussion around the integration of telemedicine into accreditation for healthcare providers, funding for telemedicine and redesigning clinical care models among other things.

The pandemic has triggered changes in online shopping behaviours

The COVID-19 pandemic has forever changed online shopping behaviours, according to a survey of about 3,700 consumers conducted by the United Nations Conference on Trade and Development (UNCTAD) in nine emerging and developed economies.

The survey, titled COVID-19 and E-commerce, examined how the pandemic has changed the way consumers use e-commerce and digital solutions. The survey found that more than half of the survey’s respondents now shop online more frequently following the pandemic. They also rely on the internet more for news, health-related information and digital entertainment. Consumers in emerging economies have made the greatest shift to online shopping, the survey shows.

The rise of online learning 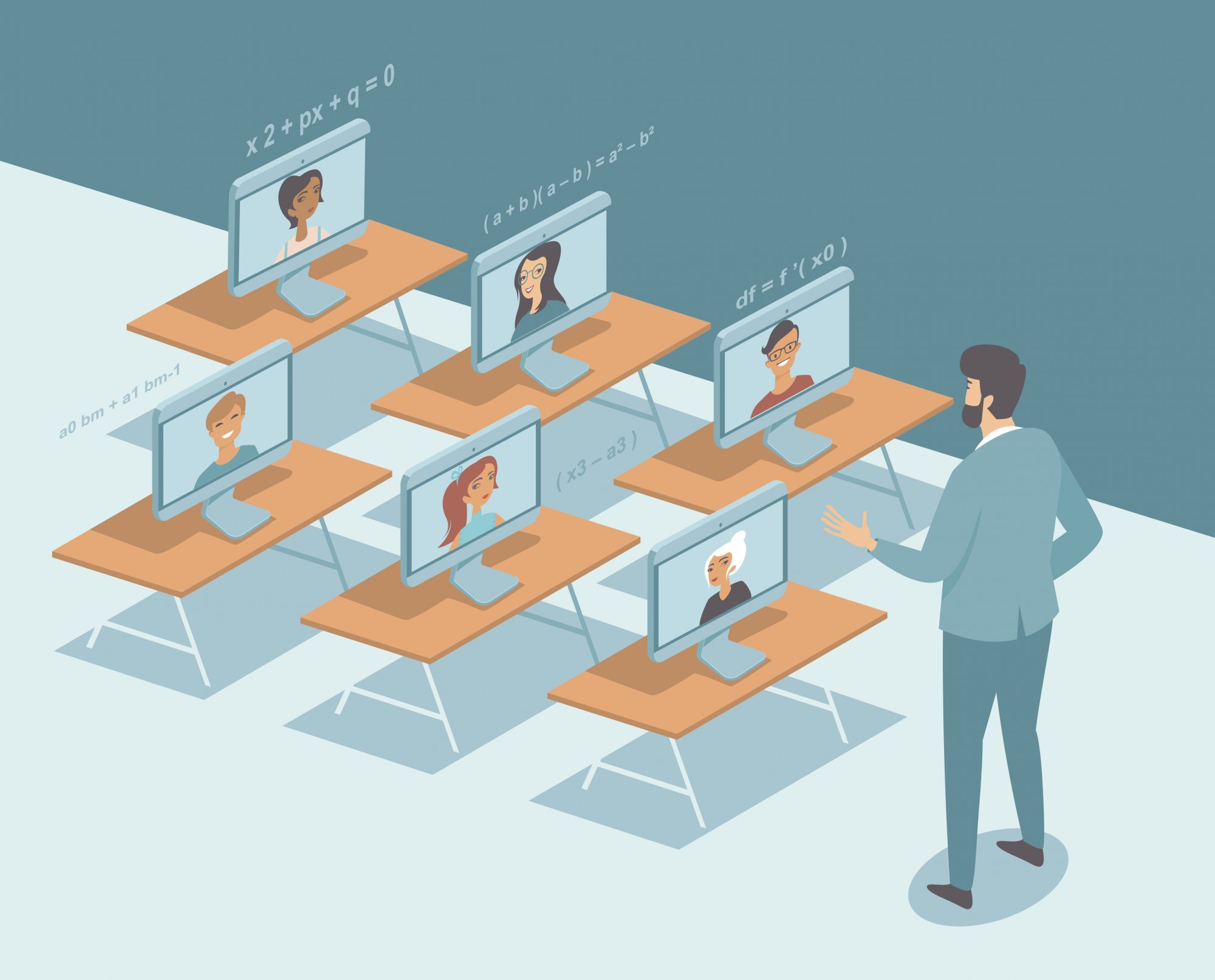 As of mid-April 2020, 191 countries announced or implemented school or university closures, impacting 1.57 billion students, according to the World Economic Forum. In response to the unprecedented educational challenges created by school closures due to the COVID-19 pandemic, more than 90 per cent of countries have implemented some form of remote learning policy.

Many educational institutions around the world started offering courses online to ensure education was not disrupted by quarantine measures. Among the technologies involved in distant learning include AI-enabled robot teachers, 3D printing and virtual reality.

Pragya Sehgal
Born and raised in the capital city of India - Delhi - bounded by the river Yamuna on the west, Pragya has climbed the Himalayas, and survived medical professional stream in high school without becoming a patient or a doctor. Pragya now makes her home in Canada with her husband - a digital/online marketing fanatic who also loves to prepare beautiful, healthy and delicious meals for her. When she isn’t working or writing around tech, she’s probably watching art films on Netflix, or wondering whether she should cut her hair short or not. Can be contacted at [email protected] or 647.695.3494.

SUBSCRIBE
Previous article
AWS re:Invent 2020: First it’s products, then it’s partnerships
Next article
The wackiest (and a few not so wacky) gadgets from CES 2021