Ottawa-based You.i TV, which built the video app engine used to power a range of applications including Rogers’ Shomi, Sony’s Crackle, and video apps for Disney, Nick Jr., and Treehouse TV, has unveiled a new software development kit for businesses that will be available to anyone who joins the company’s new partnership program.

You.i TV showcased the new kit, which allows members of its partner program to use the company’s signature You.i engine to develop video apps that will operate on a range of platforms, during CES on Jan. 5.

You.i CEO Jason Flick (below) says the company’s engine was inspired by mobile video games such as Angry Birds, which always look the same whether being played on an XBox One, Samsung Smart TV, or iPhone, because they run on their own multi-platform code. 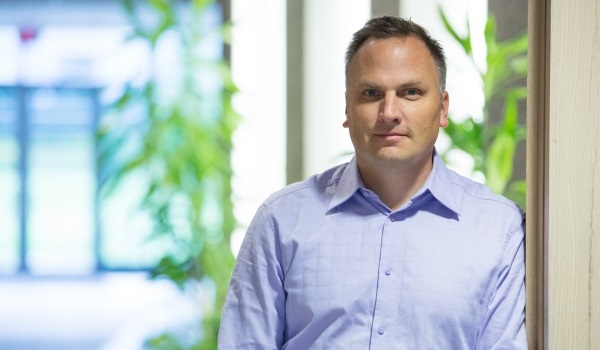 “If you’re one of our clients, you have some customers with a Roku, others with an iPhone, others with Google TV or PS4 or XBox One or Samsung Smart TVs or LG Smart TVs – the list goes on… pretty soon you need 18 different applications per brand, and some of these companies have 50 different brands,” Flick says. “It can be brutal. This way we harmonize the experience so that you can cross all platforms with a single code base.”

International digital services firm Valtech, which will be integrating the You.i engine with its own Ready4Air platform to develop video applications, has been the first company to join You.i TV’s partner program, though Flick says that three other “high-profile” clients will be joining over the next year.

“You.i Engine is a powerful new app technology that removes so much of the constraints and complexity associated with building applications,” Patrik Molander, Valtech’s global head of media, said in a statement. “The combination of You.i Engine and our Ready4Air platform will set a new standard for bringing to market and managing powerful and immersive apps.”

Founded as You.i.Labs in 2008, You.i TV has become quite the Canadian success story, growing from 50 employees in 2014 to more than 150 today. Flick expects the company to reach 200 employees by June.

“Our goal is to have five of the top 10 apps on every platform using our technology,” Flick says, noting that the company is already behind YTVGO, the number one kids app on Apple TV.

Eric Emin Wood
Former editor of ITBusiness.ca turned consultant with public relations firm Porter Novelli. When not writing for the tech industry enjoys photography, movies, travelling, the Oxford comma, and will talk your ear off about animation if you give him an opening.
Previous articleA CMO to Know: Adrienne Weissman, G2 Crowd
Next articleMicrosoft to finally end support for Internet Explorer 8, 9, and 10