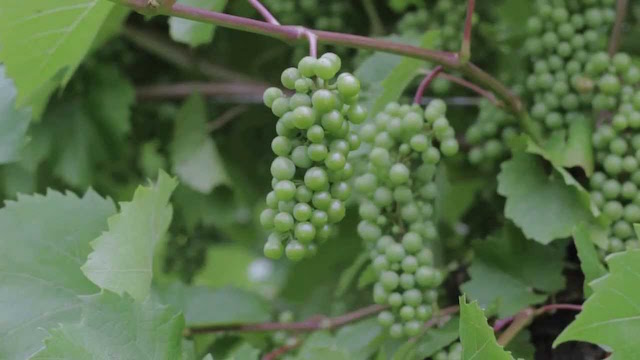 Deep in Niagara wine country, a family business with eighteenth century roots is pilot testing some of Canada’s newest Internet of Things technology.

In 1794, Nicholas Smith was awarded a plot of land in the area for his service to United Empire Loyalist forces during the American Revolution. Almost two centuries later, his great-great grandson founded Henry of Pelham winery on the same land in what’s now known as St. Catharines, Ont.

Today the business is run by Smith’s great-great-great grandsons Daniel, Matthew and Paul Speck. Competition in Canada’s $9 billion-a-year wine industry has surged dramatically since the 1980s, when the three brothers started working in the family vineyards as teenagers. There are now 671 wineries in Canada, up from 476 just five years ago.

To stay in the game, the Speck siblings are constantly pushing to modernize their operations. Their story is a Canadian case study in wine, weather and wireless technology.

“The thing you’re managing the most is weather. The better you can assess the climate, the better the decisions you can make,” said Matthew Speck, co-owner and operations manager of Henry of Pelham winery.

Accurate and timely weather data is crucial in winemaking. For example, Speck relies on moisture and temperature readings to decide if and when to spray vines to prevent mildew. Harvesting grapes for a premium product like ice wine requires even more precision.

“When the temperature hits -8 (Celsius), it’s suitable to pick. Too cold is no good and too warm is no good,” said Speck.

Frost is a threat to vintners. If weather data indicates frost is developing, the winery can activate giant wind towers. Propellers on the machines pull warmer air from 100 feet above the ground and aim it toward the vines below.

“Those are very expensive machines to operate, so you don’t want to run them unless you have to,” Speck explained.

Henry of Pelham already has one mobile weather station and two sub-stations; they take climate condition readings from the fields and transmit the data back to Speck’s office over a wireless cellular network. With just three stations monitoring 300 acres, however, very specific variations in weather conditions can be missed.

“Within a vineyard there can be remarkable differences in climate,” said Speck, “from the top of a hill to the bottom of a valley. So, often, I’m out physically checking (field conditions).”

Enter the Internet of Things. Hoping to increase the accuracy, volume and timeliness of its weather data, Henry of Pelham – which hosts countless wine tours every year – is hosting a pilot deployment of IoT sensors in its vineyards.

Each IoT sensor is small and portable enough to be placed anywhere. Relocating them is as quick as picking them up and moving them. The devices are equipped with GPS so vineyard staff don’t have to go hunting for them among 300 acres of fields.

Unlike weather stations, this technology is scalable; the number of sensors deployed can be increased or decreased quite easily, even seasonally. Most importantly for Speck’s business, multiple mobile sensors fill in the gaps that can’t be covered by just three weather stations.

“Instead of covering three spots of a vineyard you could almost cover every other row of grapes and get data,” said Chris Panczuk, co-founder and COO of BeWhere Inc., the Toronto company providing IoT sensors and cloud-based analytics software for the project.

There are 10 sensors in the vineyard for now but that could scale up depending on results of the pilot test, which runs until early spring 2018.

Snapshots of weather data are transmitted from the sensors every five minutes. Speck can view the information on an online dashboard or in reports emailed to his phone. BeWhere plans to work with Speck on creating customized email alerts automatically triggered by events like sudden temperature fluctuations, Panczuk said.

The sensors have rechargeable solar batteries that, aside from consuming far less power than other types of IoT devices, are also ideal for outdoor use cases like agriculture.

“Bluetooth requires some form of gateway to transmit the information back to a service,” said Panczuk. “A farming field typically doesn’t have that capability. To get into agriculture, we were waiting for the carriers to come out with a network that could support low power, low energy (sensors).”

Bell is providing that with its new LTE-M network. The winery project is a test run of the network, which officially launches in June 2018. (Bell partner Huawei is providing network hardware for the Henry of Pelham IoT pilot deployment.)

“LTE-M covers a wide area at very low power. It works really well with this emerging set of IoT devices which, in some cases, you want to have low power consumption because you want them to last a very long time,” said Claire Gillies, VP of marketing at Bell Mobility.

Although LTE-M has already been deployed in the U.S. by players like AT&T, Bell’s will be the first LTE-M network in Canada.

“One (LTE-M) tower can support almost 10 times the number of devices,” said BeWhere’s Panczuk. “Also, the penetration level of the device is about three to four times greater. So LTE-M, working in the subway or the middle of a building, has much great opportunity to have connectivity.”

It’s early days but Speck said the project is already bearing some fruit for Henry of Pelham winery.

“The new (sensors) are very small, compact, user friendly and very simple to operate. It doesn’t require a lot of battery power and they’re good for a long period of time without any upkeep or maintenance,” he said.

“The more information I can get remotely from anywhere,” he added, “the less time I have to spend physically running a check in a field somewhere.”

Christine Wonghttp://www.itbusiness.ca
Christine Wong has been an on-air reporter for a national daily show on Rogers TV and at High Tech TV, a weekly news magazine on CTV's Ottawa affiliate. She was also an associate producer at Report On Business Television (now called BNN) and CBC's The Hour With George Stroumboulopoulos. As an associate producer at Slice TV, she helped launch two national daily talk shows, The Mom Show and Three Takes. Recently, she was a Staff Writer at ITBusiness.ca and is now a freelance contributor.
Previous articleDeath of the headphone jack – progress or mistake? Executives weigh in
Next articleCity of Toronto begins sharing traffic data with navigation app Waze