The innovative chops on display in Western Canada deserves special attention. A struggling economy ravaged by uncertain oil prices since 2014 has forced Western provinces to bet big on emerging technology. Not only has it led to a swell of innovation in the energy sector, but a flourishing tech community.

Vancouver’s tech talent has grown by nearly 50 per cent since 2014, outpacing both Toronto, Ottawa and Montreal. A burgeoning technology scene in Calgary and Edmonton has also drawn worldwide attention, while local governments have made huge strides in delivering data into the hands of its citizens.

Technicity West brought together industry experts and public sector employees for an afternoon of education and inspiration.

If you weren’t able to catch our Technicity West event, worry not: You can watch the entire event on-demand here, or read the play-by-play below with links to other coverage.

Edmonton Mayor Don Iveson set the tone by firing off just a few of the big ideas executed by the city to become smarter. In an effort to reduce greenhouse gas emissions, Edmonton is working closely with MyHeat, an Alberta-based tech firm, in tandem with Google Earth, to make a publically available map visualizing almost every rooftop in Edmonton. The solar data is meant to help homeowners make better investment decisions when it comes to reducing their carbon footprint.

Iveson says there was a province-wide increase in the number of solar panel installations compared to the year prior.

Fast-track to Manitoba, where Winnipeg Mayor Brian Bowman spent a few minutes to talk about some of the city’s efforts to grasp the potential of Internet-of-Things devices. Snow accumulation sensors dotting the city help public works crew prioritize areas that need the most attention, like sidewalks and busy intersections, saving employees precious minutes, sometimes hours.

Bowman acknowledged the importance of privacy as technology solutions rapidly get scooped up by municipalities trying to fill the gaps created by the pandemic.

“Take a privacy-by-design approach with any of this technology,” he said.

The Winnipeg Police Service decided to bet big on digital transformation to improve its response times to break and enters. It wasn’t the path of least resistance, says Const. Richie Miller, but the results eventually spoke for themselves.

How has technology changed the conversation/interaction with citizens? What are the strategies and tools in play that ensure the citizen’s voice is heard?

Municipalities are being forced to rethink how they develop and rollout internet infrastructure now that public spaces like libraries and rec centres are no longer the Wi-Fi hotspots they used to be. Meanwhile, citizens have to find alternate connectivity options, and that’s much easier said than done, says CIO Helen Knight of Helen Knight Consulting. Knight was joined by Vancouver CTO Catherine Chick and Calgary CIO Jan Bradley for a discussion about the changing citizenship experience. Check out a deeper dive into that panel here.

Moving on from the past

How does the British Columbia Institute of Technology (BCIT) modernize itself? Its CIO Roy Hart says it has a lot to do with modernizing how students and faculty collaborate. And while there are some things to figure out on the technology side, there are a few things Hart says are set in stone.

“I’m going to propose that some things are finally over,” he said, suggesting there’s no such thing as an unavailable meeting room. People should be free to collaborate at a moment’s notice. But that doesn’t mean it has to happen in person. “I hope that time in the office as an indicator of productivity is dead. That is really outdated and has been since my father was in the workforce. This is no longer what we should focus on.”

The death of paper and fax machines would also be a welcomed sight, he added.

From the coach’s bench to the municipal office

What began as a simple tool to more efficiently evaluate student-athletes is now catching the attention of global sports organizations and even provincial governments. Neil Anderson, CEO and founder of Saskatchewan-bred SkillShark, designed the customizable athlete evaluation platform to reduce the headaches associated with manually writing down names, positions, scores, and times, then punching them into a computer later. On top of mindless data entry, there was little dialogue with athletes getting cut from a team, so they had little to go on when it came to trying to improve their skills.

More coverage from this panel can be found here.

Glen Cottick, acting director of innovation and technology Services – Innovation, Transformation & Technology Department for the City of Winnipeg, laid the groundwork for the next panel about partnerships. 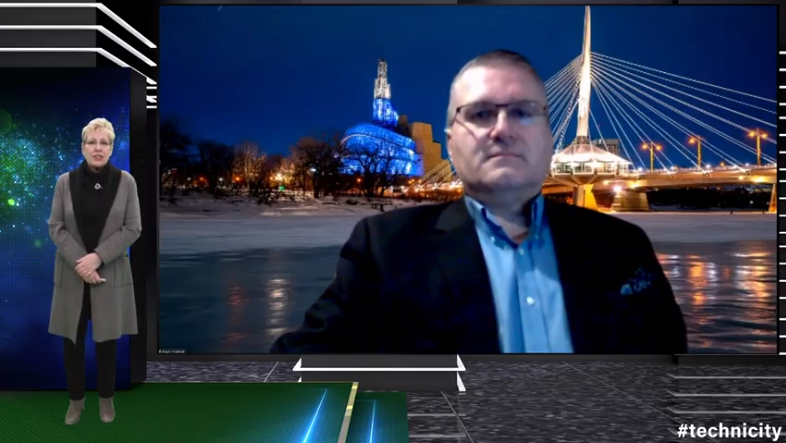 “Achieving our mission is only possible through meaningful and effective partnership,” he told listeners. “Municipalities are always looking for ways to stretch their dollars as far as possible to service their citizens.  Doing more with less is a never-ending mantra. One way to accomplish this is through buying partnerships with other municipalities and other levels of government. This is a fairly common practice.”

Keeping roads in tip-top shape is hard. Just ask Devon Aaroe, public works manager at the City of Dawson Creek. Not that long ago, the small town in B.C. was one of the hundreds of Canadian municipalities simply struggling to count the number of potholes dotting its roads. Before teaming up with Visual Defence to test a new solution, Aaroe says the situation was bleak. After he entered into the public works department following a lengthy tenure as the town’s water treatment plant manager, there was no baseline to work from, making his job that much more difficult. The status quo had to be broken. Check out Dawson Creek’s story below.

Faced with tight budgets and limited resources, municipalities are being forced to do more with less. This panel will discuss how local governments are sharing resources internally and externally with the goal of creating a digitally savvy, cybersecurity-centric staff and citizenry. How do we build partnerships? How do businesses and organizations with ideas for digital change approach municipal units?

Those questions and more insight from panellists can be found here.

Delivering accurate data during a tragedy

Edmonton-based startup SamDesk is no stranger to emergencies. In fact, informing people about global emergencies at lightning speed is at the core of the startup’s identity. Now Samdesk finds itself in the middle of a 24/7 emergency as waves of COVID-19 infections spread globally. Its CEO and founder James Neufeld says the firm has been forced to grow to keep up with the global demand for its services.

The digitization of government and government services was top of mind for the City of Calgary for several years. In 2018 it became the first Canadian city to allow business owners to apply for licenses and permits in a single online application. 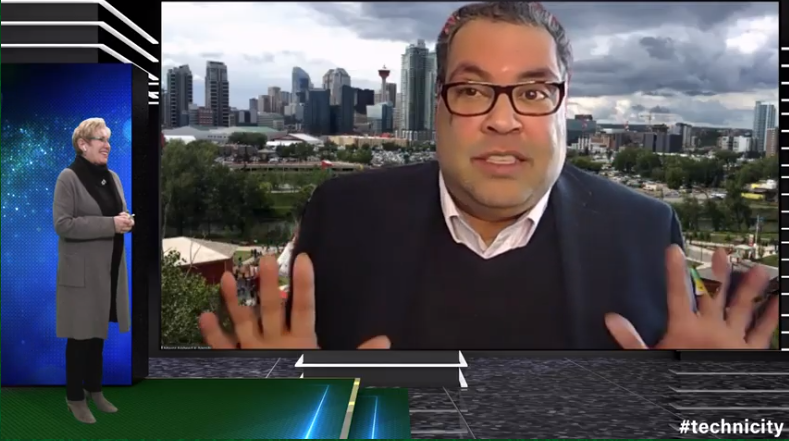 COVID-19 of course accelerated that process, prompting Calgary Mayor Naheed Nenshi to deliver some wise words to municipalities finding themselves cramming years worth of digital transformation into months.

“It’s easy for us who get excited about technology to think about technology for the sake of technology,” he said. “But ultimately, what makes it work well here in the context of government is how do we use tech to make people’s lives better?”

Capping the day off was an open town hall discussion lightly moderated by Rob Meikle, Toronto’s former CIO. It was an opportunity for people tuning in to the show live to engage with panellists and other participants.

Experts answered questions about how to sustain the frantic pace of innovation while adhering to privacy laws, as well as the potential for emerging satellite technology such as Starlink on SMBs and enterprises in rural areas.