Keller is a top expert in chip design. Prior to Intel, Keller is known for his role in designing a series of chip architectures including the AMD K7, K8, and more recently the AMD Zen architecture. Keller also designed Apple’s A4 and A5 processors, as well as co-authored the x86-64 bit instruction set. Keller also worked at Tesla in 2016, where he helped to develop the Tesla HW 3.0 neural network accelerator for Tesla’s autopilot system. The chip is said to be capable of processing 2,300 frames per second, nearly 21 times more frames than Tesla’s previous solution. Almost immediately following his departure from Tesla in 2018, Keller joined Intel to develop its next-generation processors as the senior vice president of the silicon engineering group.

Intel announced the following leadership changes along with Keller’s departure in a major leadership reorganization. The changes are effective starting immediately: 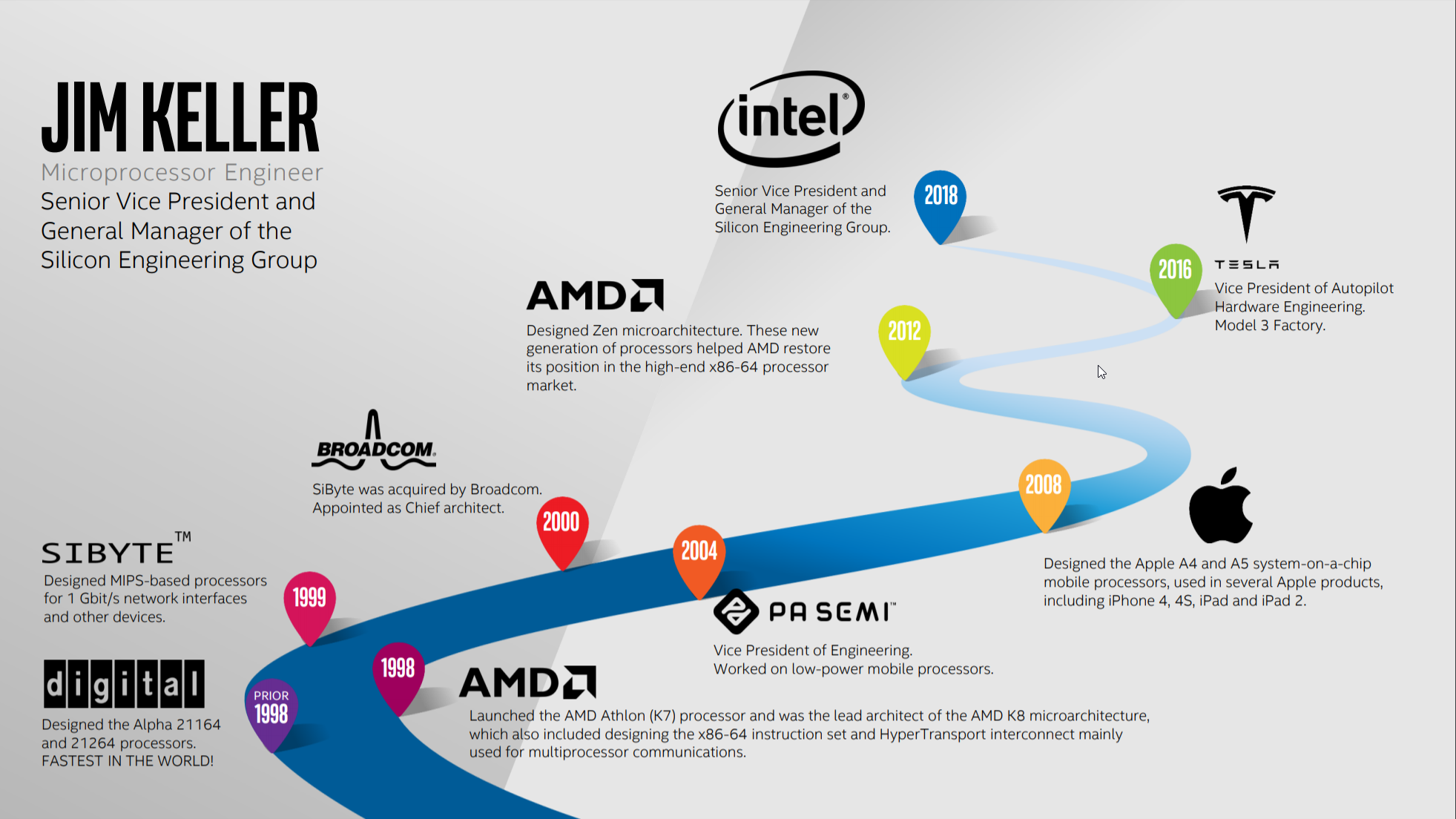 Keller will take on a consultant role during the transition for the next six months.

Tom Li
Telecommunication and consumer hardware are Tom's main beats at IT Business. He loves to talk about Canada's network infrastructure, semiconductor products, and of course, anything hot and new in the consumer technology space. You'll also occasionally see his name appended to articles on cloud, security, and SaaS-related news. If you're ever up for a lengthy discussion about the nuances of each of the above sectors or have an upcoming product that people will love, feel free to drop him a line at tli@itwc.ca.
Previous articleHashtag Trending – Clearview AI in the news again; Fraudulent N95 masks leads to lawsuit; WFH inequality
Next articleNavigating the shifting ground in sales and marketing – CMO Talks with IDC Program VP Karsten Weide