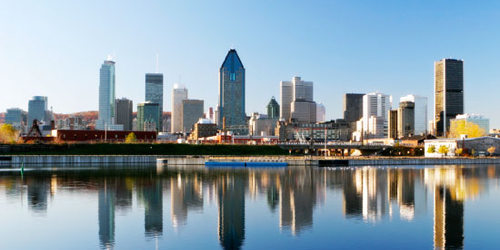 With the number of people testing positive for COVID-19 sharply rising, Quebec is abandoning its opposition to the federally-backed COVID Alert app, apparently hoping it will help health officials and the public slow the spread of the virus.

“We’re working on a communications plan,” Health Minister Christian Dube told reporters on Tuesday, indicating official provincial adoption will come this week.  “We will have to tell people, ‘Help us’ [fight the virus],” he said.

Quebec reported 750 new cases on Tuesday, the fourth day in a row more than 600 new cases had been reported.

“It’s important how people see the app,” Dube added, referring to strong opposition to any contact tracing or exposure notification app that emerged from a legislature hearing several months ago. But, he said, after talking 10 days ago to officials in Ontario, which played a leading role in developing the app, he realized “this is quite a simple app.”

Built on the Apple/Google framework, COVID Alert is an exposure notification app that doesn’t collect personal information. Like other apps, it generates random ID numbers that get transmitted by Bluetooth to or received from smartphones with the same app that are nearby for an extended period. If a user tests positive, they can decide to get an unlocking code that transmits a warning to the list of random numbers their app has collected, telling those users they should be tested for the virus because they have been in close contact with a carrier in the previous two weeks. No government department can link the random numbers to a person.

That contrasts with what is called contact tracing apps that work similarly, but depending on the design, may allow health authorities to associate the random ID numbers with a particular person. That raises privacy concerns.

Meanwhile, Health Canada has given IT World Canada the most recent numbers on the use of COVID Alert since its release in Ontario on July 31.  An official said as of Sept. 27, the app had been downloaded 2.7 million times. In Ontario, 514 people who tested positive for the virus asked for the key to enable their app to send anonymous notifications to other apps whose random IDs it had collected. The official said that for privacy reasons, she could not say how many people would have received that warning to be tested.

While the app is in use in three other provinces, none have been in use for as long as it has in Ontario. Health Canada said so far no one in those provinces has asked for the code to transmit random ID numbers to other COVID Alert app users.

It’s important to note that under the COVID Alert app — or any exposure notification app that uses the Apple/Google framework — no health authority knows through the app if someone has tested positive. Health authorities know everyone who is positive for the virus from the result of a test. Typically those people will be asked to recall who they have recently been in close contact with so health authorities can call them. This is manual contact tracing. Those who have been notified by COVID Alert to be tested won’t know who they were near who tested positive.

Dube told reporters that during the legislature hearing, there were many questions about who would have possession of any personal data collected by an app Quebec approves. Before giving the final OK to COVID Alert, that will have to be clarified for support from provincial opposition parties, he said. “The big factor was that when we met with our counterparts in Ontario 10 days ago, we asked them what was the benefit?”

And even though they’re not satisfied, the big concern is how many people accept the app. The challenge, he added, is for those using the app who have tested positive to use it to notify others of their exposure voluntarily.

Health officials in several provinces have said manual contact tracing isn’t going as well as they hoped, hurting the goal of restraining the spread of the virus.

“We would have had a preference to have a Quebec application,” Dube acknowledged. “We realized that it was (taking) too long. We saw very good firms that could provide us something, but that would take longer. So we made the decision that we will connect technically in the coming days.”

British Columbia, the country’s third-biggest province by population, still hasn’t signed on. Alberta, the first province to release a COVID app, chose to modify Singapore’s app based on the centralized contact tracing model. The Globe and Mail reported in August that Alberta is switching to COVID Alert.

Currently a freelance writer. Former editor of ITWorldCanada.com and Computing Canada. An IT journalist since 1997, Howard has written for several of ITWC's sister publications, including ITBusiness.ca. Before arriving at ITWC he served as a staff reporter at the Calgary Herald and the Brampton (Ont.) Daily Times.