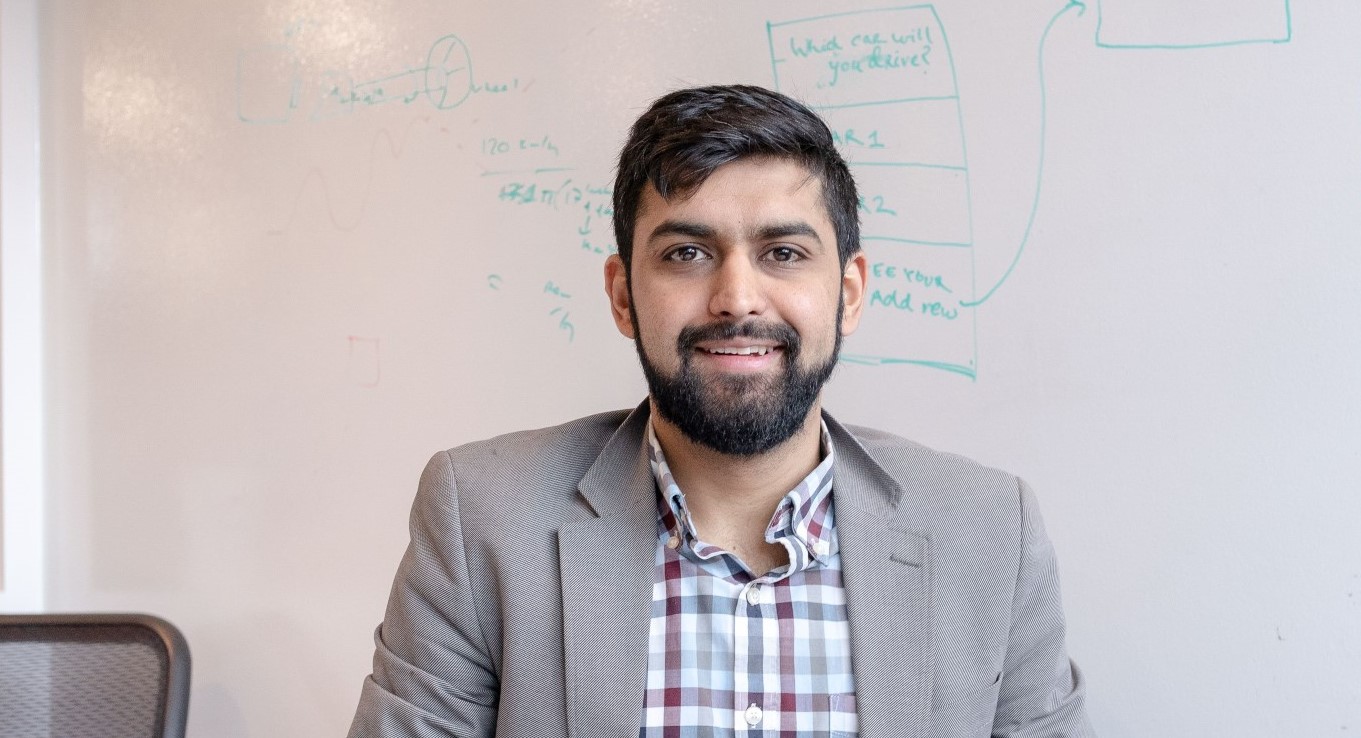 Through clever use of big data and diagnostic sensors in vehicles, Toronto-based startup Pitstop is helping to reduce emissions by ensuring automobiles are maintained in real-time.

Growing up amongst the technicians at his family’s automotive service centre, Shiva Bhardwaj – founder of Pitstop, a cloud-based prognostic maintenance platform for vehicle fleets – saw firsthand the slow creep of software and diagnostics in cars until they’d become complex computers on wheels.

“I (became) the lead diagnostics expert at the shop, really just because I was younger and good with computers,” he says. “The technicians, who are really skilled, could do things I could never do, but they had a hard time trying to grasp this new concept of software and computers because it’s very different than changing mechanical parts.”

It cemented a fascination with electronics, one that would send him to the University of Waterloo for electrical engineering, and foster an interest in building his own circuit boards and robotic systems. He did a stint at Blackberry and later, took a post in Silicon Valley as a systems engineer at Nvidia.

“Some of the initial work I did was on chips deployed in Tesla vehicles and Audis,” says Bhardwaj. “I got so deep into electronics and I realized the reason I came so far on this journey was that initial fascination in the shop and seeing how complicated cars are.”

That mix of designing chips combined with his experience in his family service centre gave him a unique perspective on the automotive world. And perhaps more importantly, what was missing.

“They build these amazing, complicated cars with new features,” he says. “But there’s no feedback from that car coming back to the car manufacturers or the supply chain so they can fix vehicles more efficiently and provide an over-the-air update.”

The world was moving in this direction of rapid innovation, yet the automotive sector stayed behind. So Bhardwaj walked away from the Valley and came back to Toronto. He was invited to present his idea for the connected car and predictive maintenance to Bill Ford, chairman of the infamous vehicle manufacturer, at Techstars in Detroit.

One of the biggest challenges for the automotive industry, specifically on the service side, has been convincing customers that their vehicles need servicing. With his platform Pitstop, you could leverage the pre-existing sensor network, compare the data from thousands of other cars, and pinpoint exactly what components need servicing. “It’s the data telling you, no longer a human being selling you.”

They launched in 2016, joining Techstars Detroit, got 40 dealerships onboard using the software and a mobile app given to drivers, and grew to tens of thousands of connected vehicles. But it required a lot of feet on the ground educating employees at dealerships.

Then Bhardwaj had an epiphany: “Take the same technology and spin it so very large organizations that own or are managing tens of thousands of cars (can) use the same software and increase vehicle uptime and get the same benefits given to dealers at a much greater scale,” he says. In 2018, he pivoted to an enterprise model and set up contracts with global service chains, tier-one automakers, and very large fleet companies.

He also realized the environmental impact that could come from using big data to better service vehicles, prompting him to bring Pitstop to the Centre for Social Innovation’s Climate Ventures, a cross-sector incubator for climate entrepreneurs, innovators, and leaders.

“A lot of the reason there are so many sensors on cars (is because) the EPA mandated a standard protocol so anyone could measure the emissions on a vehicle,” he says. With the platform, they can track emissions through the connected car and suggest repairs in real-time, rather than letting it run until the next scheduled repair which could be a year or two away.

“Whether it’s 10 per cent or 80 per cent of people that actually listen to that and take that action, I think at least we need to be providing that information so they can understand what they can do to be better for the environment,” says Bhardwaj. “It will add up.”